Wrightbus owner Jo Bamford hopes to bring the buses to Brighton once trials are successful. 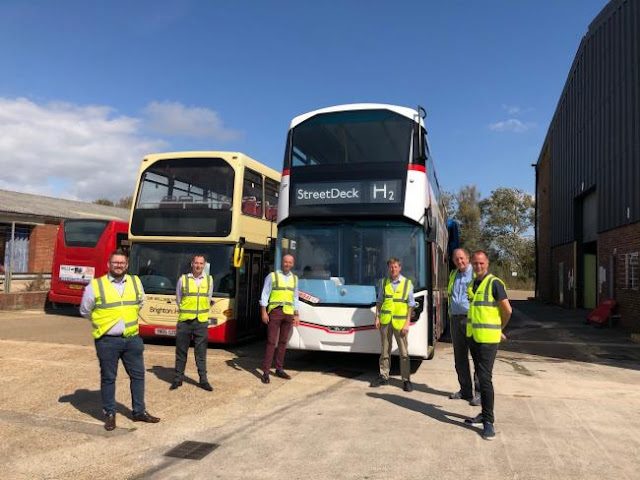 Transport for London has already ordered 20 of them. Single-decker hydrogen buses have already been operating on central London routes, and also in Aberdeen and Brighton.

“We’re seeing what these buses can do,” Mr Bamford said. 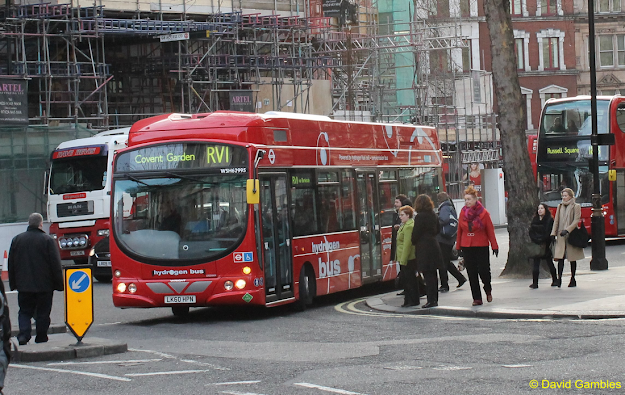 “We’re in a world of zero emissions. There are two solutions for buses: batteries and hydrogen. Hydrogen fuel generates no carbon dioxide emissions when burnt, instead producing water.

“With batteries, buses will have to lug around 3.5-tonne batteries and it takes about four and a half or five hours to charge.

“In one charge they can only go 60 per cent the distance of a diesel bus.

“It takes seven minutes to refuel and it’s 100 per cent emissions-free.


“If it goes well the bus companies will go ‘this is the solution we’ve been looking for’.

“Hopefully we can get some into Brighton.” 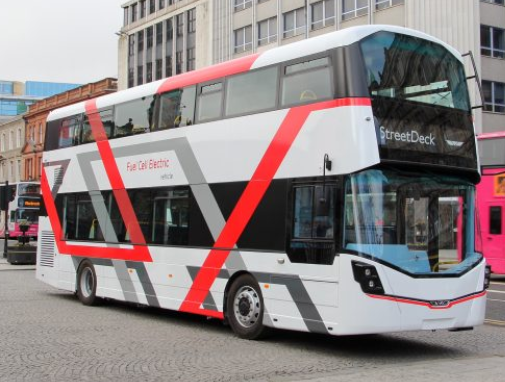 Mr Bamford plans to fuel the buses with a hydrogen production plant in Kent.

Pure hydrogen does not occur naturally on Earth, so it is produced by running a current through water, separating it into hydrogen and oxygen.

The pure hydrogen is then stored and burnt by buses, producing energy and water with no carbon emissions.

“Instead of lugging around a large battery, you can use a gas lighter than air,” he said. 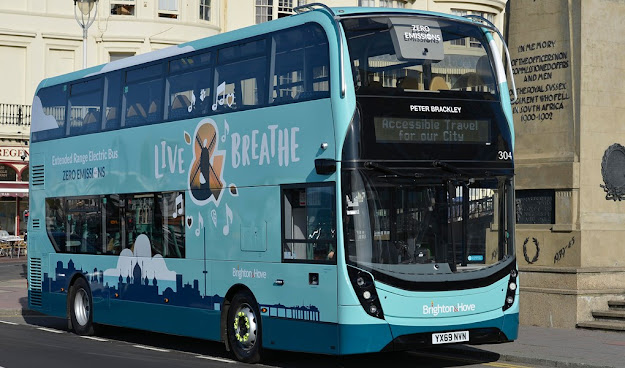 The 30 double deckers began serving their routes in October.
They utilise the BAE Systems Series-ER hybrid system with a 32kWh lithium-ion battery energy storage system that can be charged externally via a plug-in connection, meeting the requirements of the European Union’s Clean Vehicles Directive.

In addition to its continuous zero tailpipe emissions range, the Enviro400ER switches off its diesel engine at low speeds during approach to and departure from stops and when stationary.The new ADL Enviro400ER's run on battery power which is topped up by regenerative braking.

“These new buses are an important part of our commitment to making Brighton and Hove a clean air city with zero emissions by 2030,” managing director Martin Harris said at the time.
Whether Brighton & Hove will show genuine interest in Hydrogen powered vehicles is still a matter for speculation, but the trials will hopefully generate further interest.