Eversholt have announced that that they have extended the lease of seven high-speed, inter-city IC225 trains to London North Eastern Railway (LNER).
The lease runs up to summer 2023 with a possible extension to summer 2024. The original was to cease using IC225 trains when the Azuma fleet was complete.
The trains will provide extra capacity to LNER to boost that provided by the new fleet of 65 Azumas introduced since May last year. 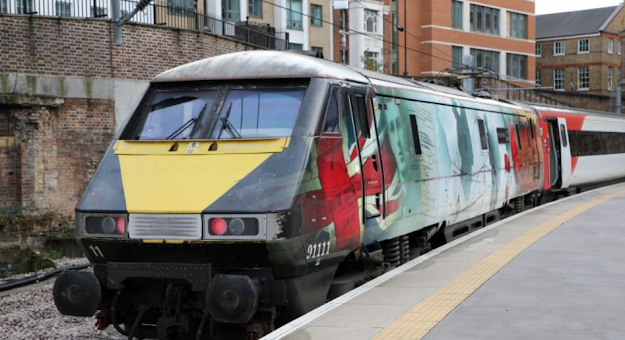 A further two Class 91 locomotives are expected to be contracted. In total this will provide LNER with five spare locomotives.

Eversholt have also awarded Wabtec Faiveley UK a contract in parallel, to undertake the overhaul of the LNER IC225 fleet at their Doncaster facility. 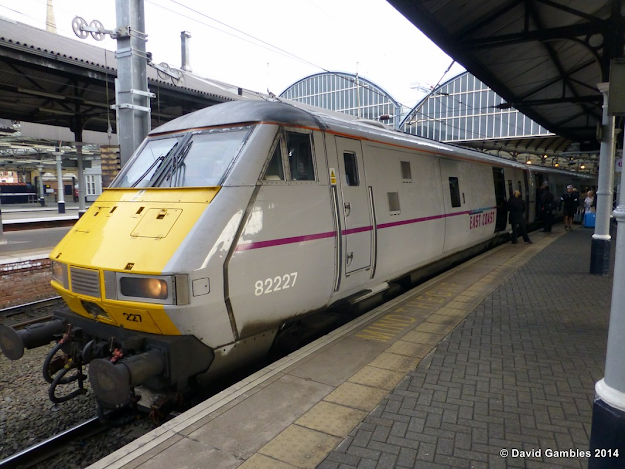 The coaches and DVT's (Driving Van Trailer) will be overhauled by Wabtec Faiveley UK.
Here DVT 82227 is heading a train at Newcastle on a London bound express in 2014.
The class 91's always push the trains southbound with
the driver controlling the train from the  DVT .
The locomotives will receive a G exam, comprising an overhaul of the bogies including gearboxes and wheelsets, cardan shafts, compressors and traction motors. A number of reliability improvement modifications are also planned.

The Mark4 fleet will receive an OH1 exam including the overhaul of bogies, couplers and doors and an interior saloon and vestibule exam. 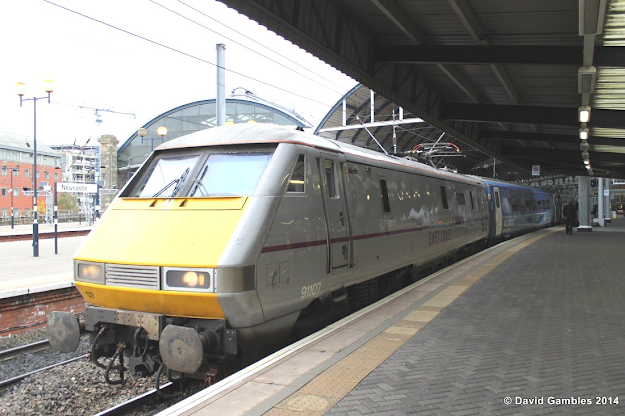 This work will be complete in January 2022.

Steve Timothy, Stakeholder Director, Eversholt Rail says, “We are pleased to continue to work with both LNER and Wabtec, to provide a safe and high-quality train experience for East Coast Main Line rail passengers.”

Andy Derbyshire, Group Managing Director, Wabtec Faiveley UK says “The award of this contract is excellent news for Wabtec Faiveley UK and our facility at Doncaster. We have developed a longstanding involvement with the IC225 fleet having worked on the vehicles since 2006. This continued collaboration has also been supported by the great working relationship we enjoy with both Eversholt Rail and LNER which contributes to the overall success of contracts and projects like this”.