Following the derailment at Carmont south of Stonehaven on 12th August, ScotRail has introduced a shuttle service between Aberdeen and Stonehaven to help passengers travel south from Aberdeen. 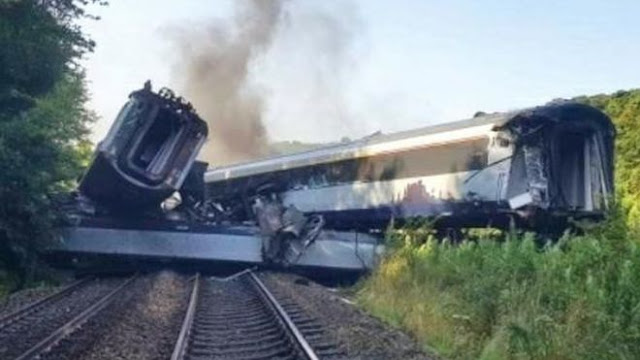 The derailment occurred when the train, formed of two HST power cars and four coaches, had been turned back north towards Aberdeen, following reports of the line south being blocked by landslips caused by severe rainfall.
When heading back north towards Stonehaven the train then hit another landslip at 72mph, the leading power car plunged down the embankment as did the third coach.
A timescale for full return of train services, which happened three weeks ago, is not yet known. Network Rail will carry out extensive repairs to the track and railway infrastructure once investigations at the scene of the derailment are complete.
Removal of the damaged train is a complicated task due to the remote location.

The new shuttle service was introduced on Monday, 31 August. It calls at Aberdeen, Portlethen, and Stonehaven, with some services extended and starting or terminating at Inverurie or Dyce. A replacement bus service remains in place between Dundee and Stonehaven. 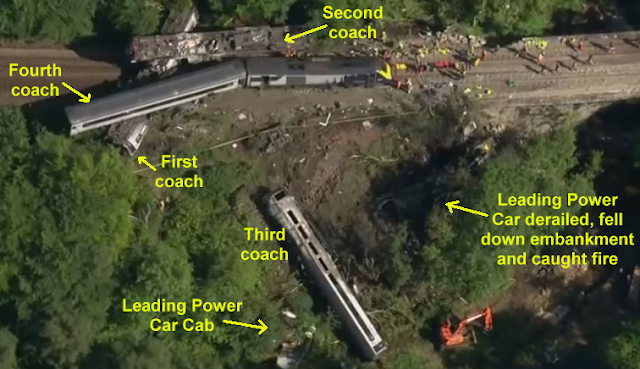 “To keep customers moving while the ongoing investigations take place, and until repairs can be carried out, we have introduced a rail shuttle service between Aberdeen and Stonehaven.

“The past two weeks have been incredibly difficult for everyone affected by the events of Wednesday, 12 August, including our local teams and the local community.

“As we work towards the full return of rail passenger services in the north east, we’ll

continue to support those impacted by this tragic event in any way we can.”
8th September update here