Further to our recent posting about the completion of repairs to the Waverley Steamship, the sad news is that during one of its early trips, the recently relaunched Steamer has cancelled the rest of its sailings this season after it crashed into a pier on Arran.

Emergency services were called to Brodick Pier at around 5.28pm on Thursday of last week.
The Maritime and Coastguard Agency (MCA) said 213 passengers and 26 crew were on board at the time of the collision. 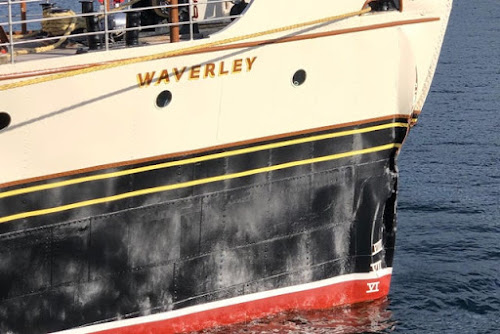 Of those, 24 people reported injuries and were treated at the scene with a number taken to hospital on Arran or on the mainland by helicopter.

A statement on the MCA website said: "HM Coastguard was made aware at 5.28pm yesterday (September 3) of an incident in which a paddle steamer collided with Brodick Pier on the Isle of Arran.

"A coastguard search and rescue helicopter from Prestwick and two Helimed were sent, along with Arran coastguard rescue team.

"Scottish Fire and Rescue Service, Scottish Ambulance Service and Police Scotland were at the scene.

Passengers on the excursion were scheduled to leave the Broomielaw in Greenock at 11:15am cruising down the Clyde viewing the islands of Bute and Cumbrae before crossing to Arran. The boat had been expected to return at 8pm. 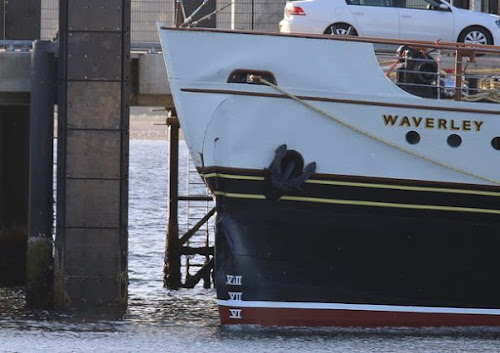 The statement added: "Along with partner agencies we worked to ensure everyone was taken safely from the vessel, and those who did not require medical treatment were taken to Ardrossan by ferry.

"The Marine Accident Investigation Branch (MAIB) has been informed."

The Waverley is the last seagoing passenger-carrying paddle steamer in the world.

It regularly attracts crowds of onlookers during its frequent visits to many parts of the UK.

The Waverly only resumed sailings on 22nd August after missing two seasons, having been halted due to lockdown restrictions following installation of new boilers.
See here
Finance was raised by more than 8,000 members of the public and £1 million was given to help the 70-year-old ship and its crew by the Scottish Government. 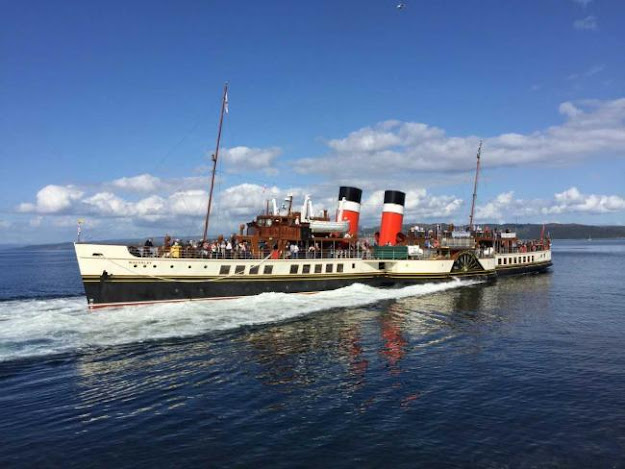 The Waverley, named after the debut novel of Sir Walter Scott, embarked on her first trip in June 1947, when she went from Loch Long to Arrochar, Argyll.
A statement on the Waverley's website on Wednesday said: "Waverley's short season of cruises on the Clyde has been extended and she will now operate until Saturday 12th September."

But an update on Friday morning added: "Waverley made heavy contact while berthing at Brodick Pier on Thursday 3rd September and will be unable to undertake any further sailings this season.

"We extend our thanks to everyone who has supported the restoration and booked to travel with us."
Also see this recommended article click here