So far, more than £22,000 has been raised for the aircraft which is one of the world's only airworthy Catalina flying boats

An appeal has been launched to help repair a Second World War seaplane after it suffered an engine failure on Loch Ness. 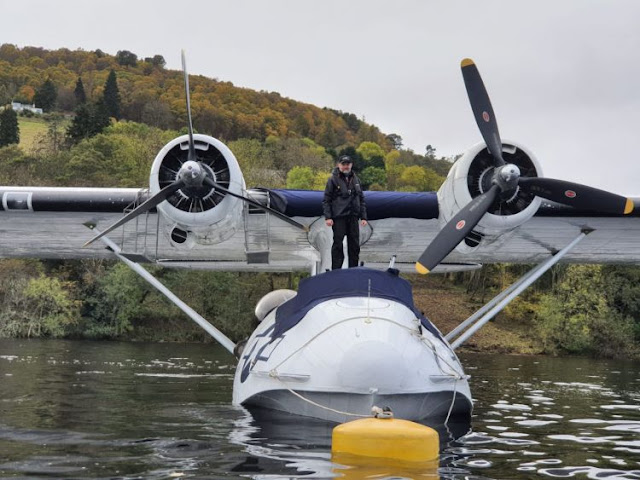 
The PBY Catalina flying boat, named 'Miss Pick Up', was flying over the loch on Saturday while filming for a TV production and then got stuck in the water after landing.

The aircraft's starboard engine failed to restart and it had to be lifted out of the water by crane.

The damaged engine must now be replaced - a process made more difficult with the plane being more than 500 miles away from its base at IWM Duxford in Cambridgeshire.

The plan is to now drive a spare engine to Scotland to complete an engine change.

Once the engine is running, the aircraft will then return to Loch Ness and fly to Inverness Airport for refuelling, before flying back home to Duxford. 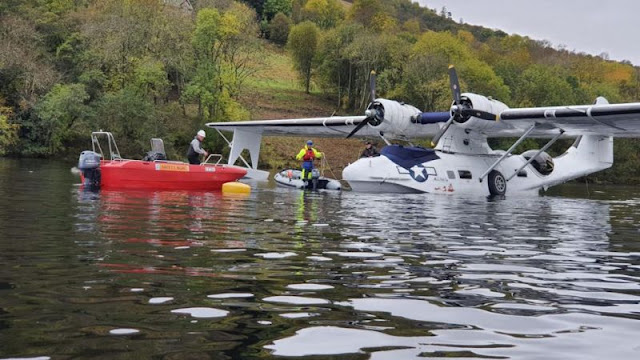 
"Once the damaged engine is replaced we need to put her back onto the water so she can be flown home, otherwise she will be at the mercy of the harsh Scottish winter on a loch - which as we all know is home to a certain wee beastie - rather than her usual cosy hangar in Duxford.

"The damage this could do to the aircraft – an important piece of aviation history – could be irreparable." 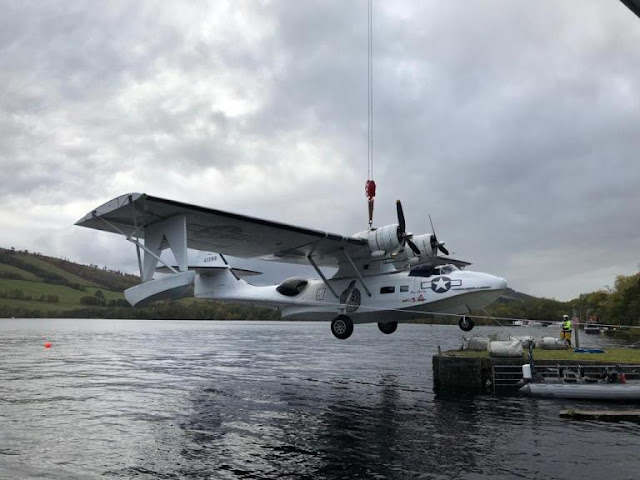 The RAF veteran added the team is "absolutely staggered and humbled by the generous donations".

Developed for the US Navy, Catalinas were used in anti-submarine warfare, patrol bombing, convoy escort, search and rescue missions and cargo transport.
They can take off and land on water or land so are very useful and adaptable planes. 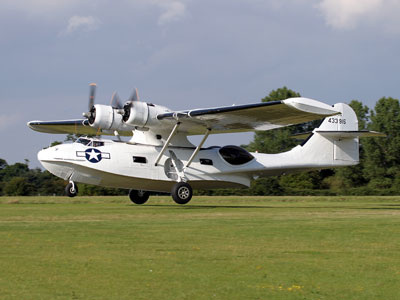 Catalinas were also flown by the RAF, as well as the air forces of Australia, New Zealand, Canada, the Netherlands and the Soviet Union.

'Miss Pick Up' is one of the world’s only airworthy Catalina flying boats and is largely self-funded.

The aircraft typically appears at up to 20 airshows every year and is not operated for profit, with Plane Sailing saying their aim is to keep the aircraft flying and honour her legacy.
Donate here