Dunfermline Rail Link to be Restored?

Another Rail Link to be Restored.

Campaigners have shared their delight at news the city of Glasgow's direct link to Dunfermline could be returned after six decades in the sidings.

It comes amid proposals to electrify the Alloa to Longannet route, which currently stops in Clackmannanshire via Croy, and extend the line through West Fife.

Jane Ann Liston, secretary at thinktank Railfuture Scotland, said: “Railfuture Scotland backs a direct line from Glasgow to Dunfermline via Alloa which would clearly benefit travellers at both ends of the journey by cutting out the extra time spent going in and out of Edinburgh, and taking passengers away from the very busy lines through Haymarket into Waverley would be a great advantage.

“It would also benefit the towns of Clackmannan and Kincardine by restoring rail services which they have not enjoyed since 1930.”
The Kincardine Line was originally built to serve settlements along the north shore of the Firth of Forth, between Alloa and Dunfermline.

It was opened in two stages by the North British Railway: from Alloa to Kincardine in 1893, and the eastern section in 1903. Passenger traffic was disappointing, and closed in 1930.

Goods traffic was poorly used as well, that is until in 1962, when a large coal-fired power station opened on the line. A second followed, and the entire line was re-opened in stages to bring in coal for the power station requirements.

The power stations were decommissioned in 2016, bringing heavy mineral traffic to an end. 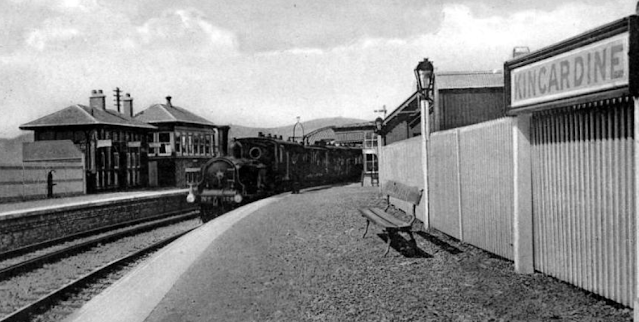 Network Rail engineers will be carrying out survey work in the coming months to determine if it will be possible to enhance the former freight line and introduce three new stations at Clackmannan, Kincardine and Longannet.


However, it is hoped it will eventually lead to the restoration of a direct link between Glasgow and St ­Andrews.

Ms Liston added: “Railfuture Scotland would like to see the line extended in time to St Andrews, thus bringing about Glasgow-Stirling-Alloa-Dunfermline-Cupar-St Andrews trains and better connecting three university towns, particularly as the direct bus between St Andrews and Stirling has been taken off.” 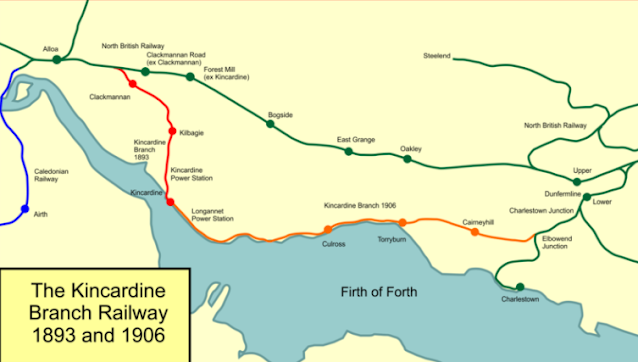 Douglas Chapman, Dunfermline and West Fife MP, believes the line could be the “final piece in the ­puzzle” in linking Glasgow and the town.
He added: “Currently, people across Fife need to firstly travel to Edinburgh before connecting to Glasgow and that is discouraging us from taking rail travel seriously and hopping in the car, because it is easier.”

Graeme Stewart, Network Rail’s sponsor for the development work on the new West of Fife enhancement proposals, said: “While it is still at a very early phase, there are ambitious plans to expand the railway and develop transport options that improve connectivity between towns in Clackmannanshire and Fife.”