The carrier has been gradually decommissioning its remaining fleet of around 30 B747s since the summer, following the decision in July to retire the jumbo aircraft as a result of the Covid-19 pandemic.

To commemorate the occasion the final two B747s had been set to perform ” a unique and rarely seen synchronised dual take off on parallel runways”. But unfortunately due to weather conditions this was downgraded to single runway sequential departures.

The jumbo jets will eventually be broken for spares, having seen their retirement brought forward by several years because of the financial impact of the COVID-19 pandemic on the airline. 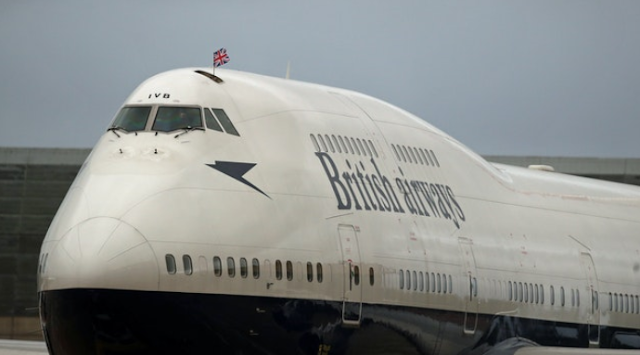 The G-CIVB and G-CIVY 747 jumbo jets, one of which is painted in the airline’s heritage ‘Negus’ livery, are the last survivors of what was the world’s largest fleet of 747-400 models that boasted 31 BA aircraft.
Launched in 1969 and first flown by BA in 1971, the planes are considerably larger and less environmentally friendly than other airliners, with a capacity of around 550 passengers.
They were known by BA as The Queen Of The Skies.
Just a year ago, British Airways lovingly re-painted three of its jumbo jets in heritage colours to mark the company’s centenary., see here and here

The BOAC 747 put in a guest appearance with the Red Arrows much to the delight of spectators at the Royal International Air Tattoo. Sadly this aircraft will shortly be heading towards its final resting place alongside 30 others.