Alexander Dennis Limited (“ADL”) has announced that it has delivered two high-specification Enviro400 to Westbus, based in Hayes, West London. 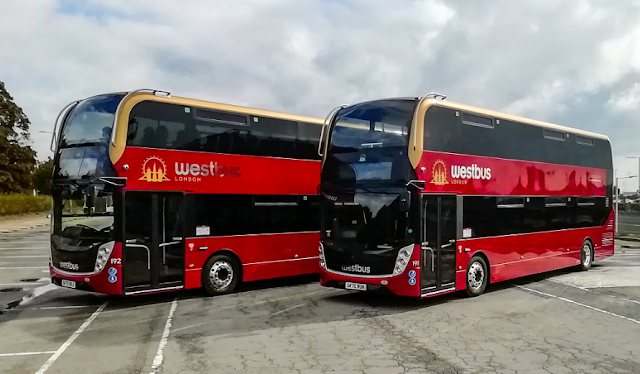 Westbus’s new Euro 6 double deck buses are equipped with 85 belted seats trimmed in E-Leather, an air chill system for the upper saloon, smart radio and individual USB chargers at every seat. The pair of Enviro400 are the first vehicles to be adorned with a new logo and livery for Westbus following a recent refresh of the company’s brand.

Tim Miles, Westbus General Manager, said: “I am delighted with the new acquisitions that have been purchased for what the company sees as an area where demand is increasing for high spec, high capacity PSVAR vehicles. The last few months have been the most challenging that we have ever experienced. Nevertheless, we have had to try and focus on the future and we worked with ADL for months putting together vehicles that will not only impress our customers but also allow for more passengers to be socially distanced whilst travelling if required.”

Mark Taylor, Regional Sales Manager at ADL, said: “Working with Tim and his team has been great. They knew what they wanted, and I would like to think we exceeded their expectations with the end result, which again proves the versatility of the Enviro400 as an accessible, high-capacity vehicle.”