Final journey – Kirkby to Manchester Victoria – completed by Pacer 142004
Northern has bid a final farewell to its fleet of Pacers after more than three decades’ service.
In more than 35 years, Pacers have travelled over 300million miles in the north
102 Pacers have now fully retired 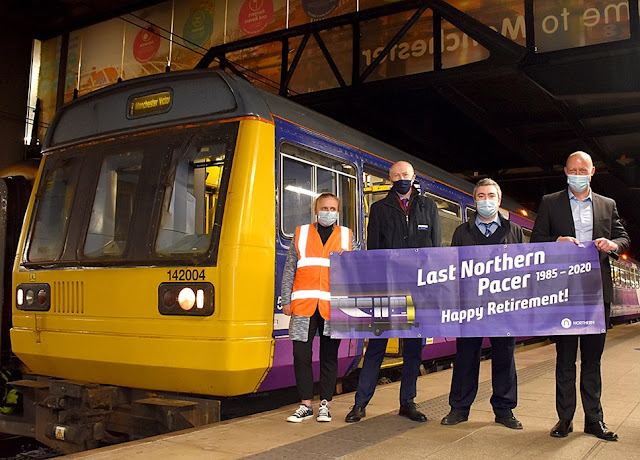 The last Pacer to carry Northern customers completed its swansong journey on Friday November 27th having travelled from Kirkby to Manchester Victoria.

The final journey – completed by 142004 – ended at 5.45pm, marking just over 35 years of continuous service in the north of England and clocking 3 million miles in the process.

Chris Jackson, Regional Director at Northern, said: “The Pacers have kept millions of northerners on the move and, while they have served us well and provided some communities with rail services they may have otherwise lost, it is time to give them a well-earned rest.

“Northern has overseen significant modernisation in recent months and the retiring Pacers have made way for a fleet of 100 brand-new trains which are already servicing people across the north of England.” 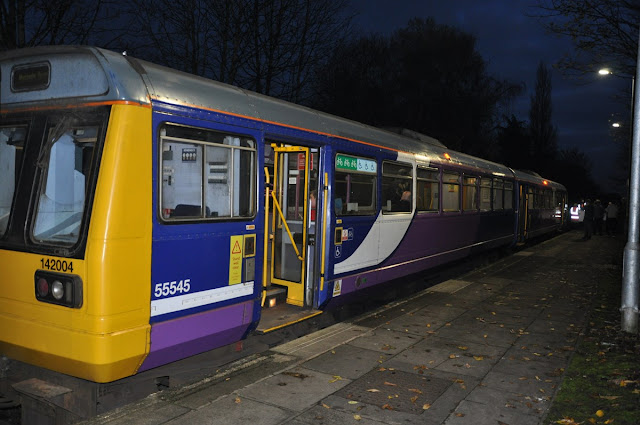 During their time on the network Northern’s fleet of 102 Pacers travelled more than 300million miles – equivalent to 630 trips to the moon and back. 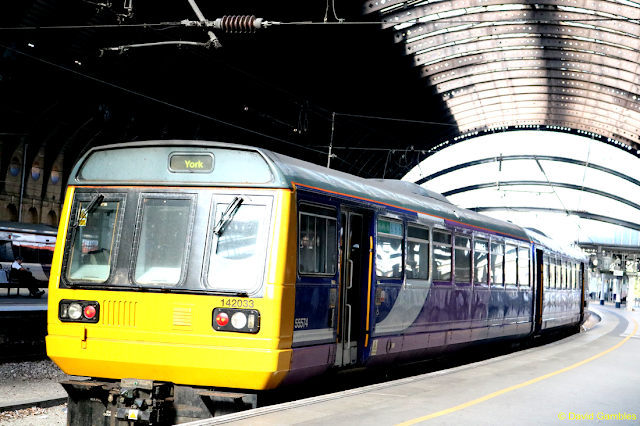 Grant Shapps, Transport Secretary with Cabinet Responsibility for the Northern Powerhouse, said: “The Pacer fleet has connected communities on the Northern network for over 30 years, but today marks the sun finally setting on trains that have become loved by some, but hated by others.

“This marks a new era of transport in the north, with passengers enjoying a brand new fleet of trains, delivering more modern services and creating a more reliable network across the north.”