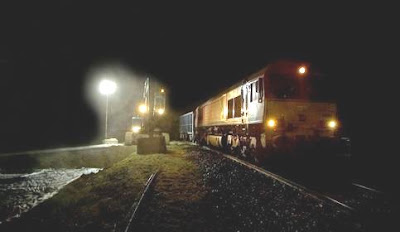 Ironically Calvert was on the route of the Great Central, the last mainline to be built in the UK. The Great Central linked London Marylebone with northern towns and cities such as Loughborough, Leicester, Nottingham, Sheffield and then via Woodhead to Manchester.
In its day, it was regarded as a high speed line. It avoided steep gradients and curves and made use of viaducts and tunnels in built up areas such as Leicester and Nottingham. Provision for extra capacity was built in from the start by allowing space for quadruple running lines. Sadly this capacity was never needed as the Great Central was a late entrant to North-South travel, by which time the West Coast and East Coast lines were well established. 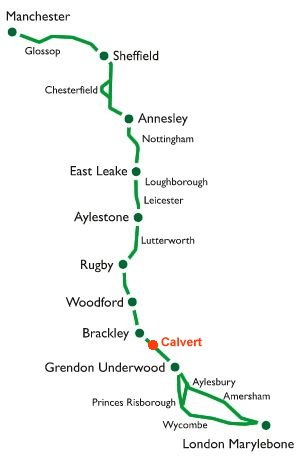 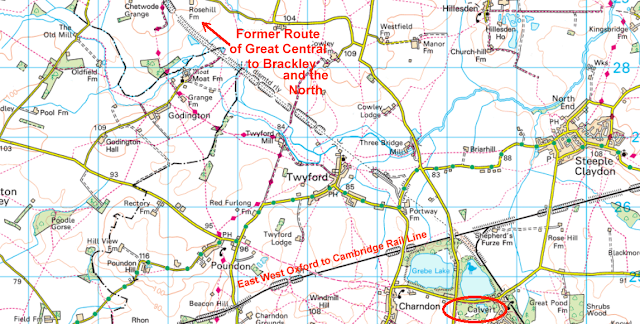 Over the next 12 months, there will be over 120 freight trains delivering material to the Calvert site.
The equivalent of 12,670 HGVs that would otherwise be on Britain’s roads will be replaced by  freight trains.
This will save 30,150 tonnes of carbon – the equivalent of flying from London to Edinburgh 930 times.
Across the whole HS2 project, 15,000 freight trains are set to be used to deliver materials.
When HS2 is open, connecting London, the West Midlands, Manchester and Leeds, freight capacity will be created on what are current lines, for hundreds of thousands of lorry loads. Each freight train removes up to 76 lorries from our roads, which currently amounts to 1.5 billion fewer kilometres a year by heavy goods vehicles, or more than seven million lorry journeys.
HS2 project client director, Ambrose McGuire said: “We are serious about reducing the impact of construction on the local community and promoting sustainable construction methods.

"That’s why I’m so pleased to see the arrival of the first material into Calvert by rail instead of the road.

“We’ve been working closely with Network Rail, EKFB and the Freight Operators for a number of years to make this possible, and to deliver not only low carbon journeys for our passengers, but also cut carbon in construction.”
Calvert is the home to a massive landfill site which was originally a quarry owned by the London Brick Company. After the quarry closed the site was sold to Shanks and McEwan who turned it into a landfill site. The site receives rubbish by rail from West London and Bristol.