After the Turin transport operator GTT terminated a contract with the Chinese manufacturer Yutong for the delivery of 100 electric buses, BYD has now received the order. The first 50 of the electric buses have already been firmly ordered from BYD and are to be delivered to Turin in April 2021. The buses are designed to run  for 400,000 kilometers, which corresponds to a useful life of eight years at an annual mileage of 50,000 kilometers – but the vehicles are to remain in service for at least ten years.

BYD had already submitted a bid in GTT’s original tender at the beginning of 2020, but at that time was defeated by Chinese competitor Yutong, together with its partner Ares Automotive.
In October 2020, however, it was revealed that Ares Automotive had apparently proposed to assemble the vehicles during the route, by ship from China to Italy, in a move to cut costs. This prompted operator GTT to kick-out Yutong on the grounds of having them “found not to have the necessary requirements.”
Now GTT apparently prefers the somewhat more expensive BYD offer with production on the European mainland. 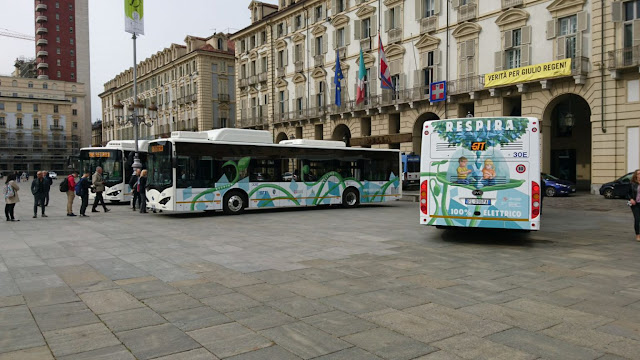