In less than ten years the Focus Transport website has reached the three million page view mark.
Although we have achieved this since the new website was launched in 2011 we have been in existence for much longer, via our original website which was run by Oliver Foreman until May 2011.

The late Richard Lomas then started this new website which has since been updated daily and brings a wide range of news and views, covering many aspects of public transport.
Many thanks to our contributors and visitors to the site.
Our posting today celebrates three Million page views by showing a selection of photos from a range of contributors, many thanks to those that have supplied these images.
We must start with pictures sent by Oliver Foreman, who, as mentioned above ran the original website.
Oliver's photos photos were taken in the summer 2001 just before he finished driving for Stagecoach Mansfield. 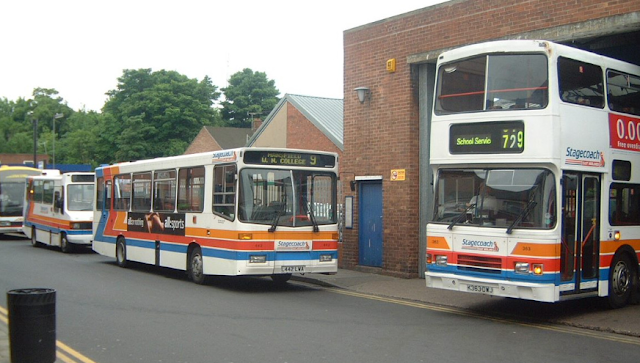 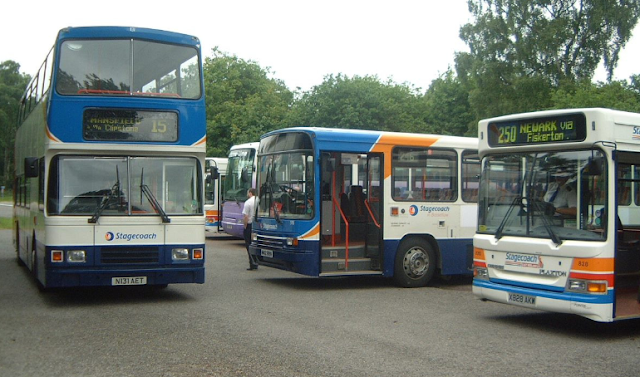 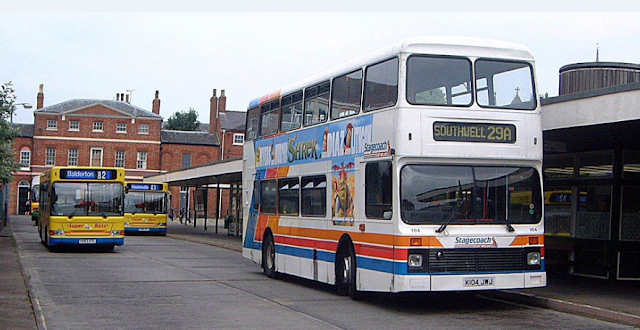 Photos © Oliver Foreman
Colin Sellers was on the original Focus Transport team as well as this 2011 website. He's sent us the following photographs which mostly focus on the North Derbyshire and Sheffield areas, the original home area of the Focus website.

Photos © Colin Sellers
Paul Beardsley, a long time contributor, has sent us the following, all taken in 2020. 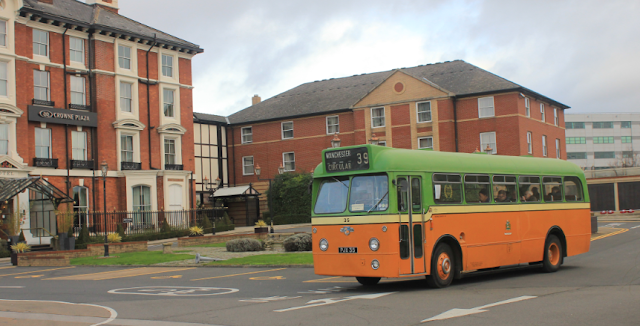 5th January, 2020, marked the 50th anniversary of the closure of Sheffield Victoria and the last scheduled passenger trains over the Woodhead line. The Sheffield Transport Study Group marked the event with an outing to view the route in its present form.
Transport for the day was former Halifax Corporation 35, PJX35, a Weymann bodied Leyland Leopard L1 of 1962 vintage, seen here by the Royal Victoria Hotel.
The extension to the hotel occupies part of the station site. 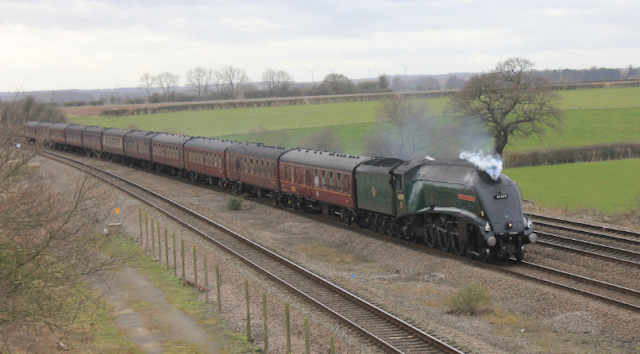 On Saturday, 7th March, 2020, 60009 Union of South Africa is seen at Bolton Percy in charge of Railway Touring Company's 'The Yorkshireman', 1Z35, 0636 Ealing Broadway - York.
As the Covid-19 pandemic and lockdown took hold this proved to be Number 9's final main line charter. 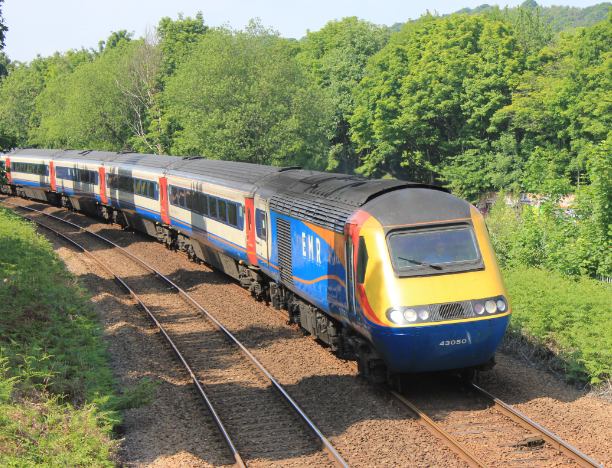 2020 saw the end of E.M.R.'s VP185 engined H.S.T. power cars and their associated Mk3 coaches, being replaced by former L.N.E.R. H.S.T.s, which themselves are due for withdrawal by the end of May this year.
On 14th June, 2020, 43050 leads 1C61, 1424 Leeds - St Pancras International and is seen at Woolley Wood Bottom, Ecclesfield, diverted due to engineering works.
This was the last Sunday of diversions and as such almost certainly the last 'up' service to be seen here with a VP185 power car. 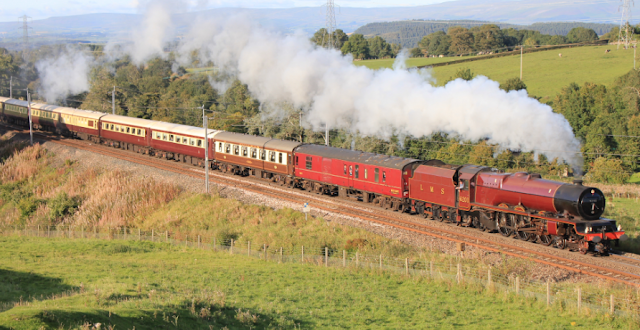 Following the first lockdown in 2020 a small number of Northern Belle excursions were operated over the Settle & Carlisle line and Shap, using 'Princess Royal' 6201 Princess Elizabeth. The weather on 19th September was delightful and made for a great day out. 'Lizzie' is seen at Great Strickland in charge of 1Z64, 1614 Carlisle - Preston.
Photos © Paul Beardsley
We are very grateful to Ken Jones for his photos below. Since the early days of this website he has been a regular contributor. 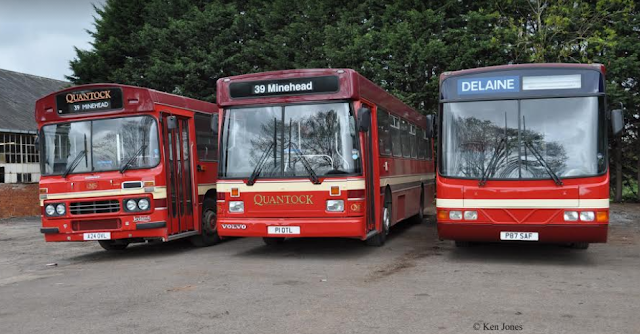 John Colquhoun's photos below, show a Go North East Optare Versa emerging from the entrance to Beamish Museum in 2020. 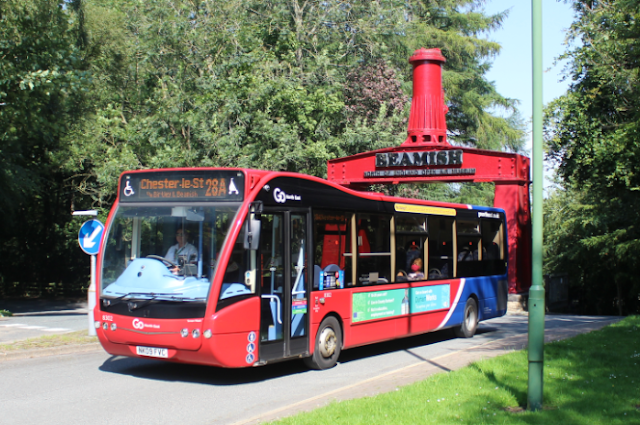 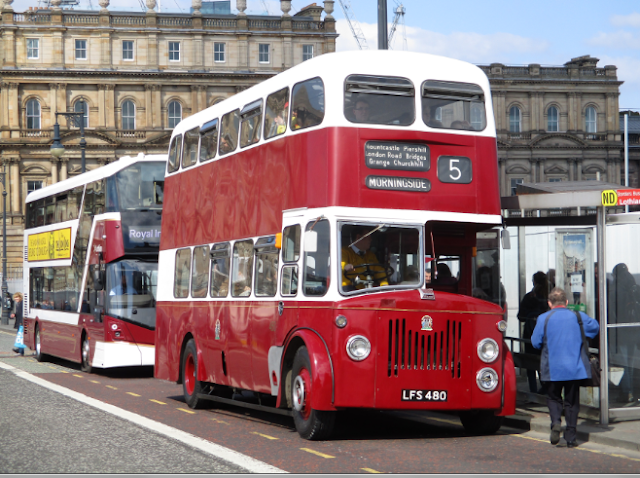 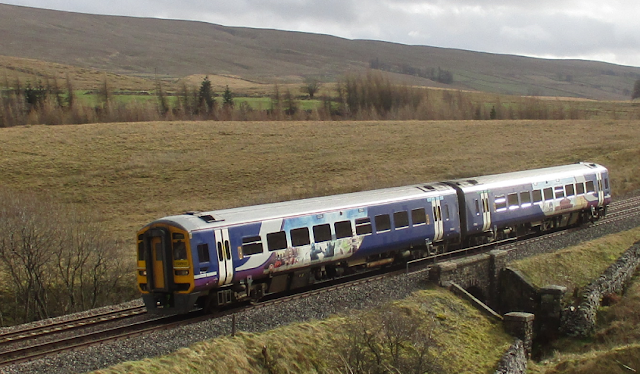 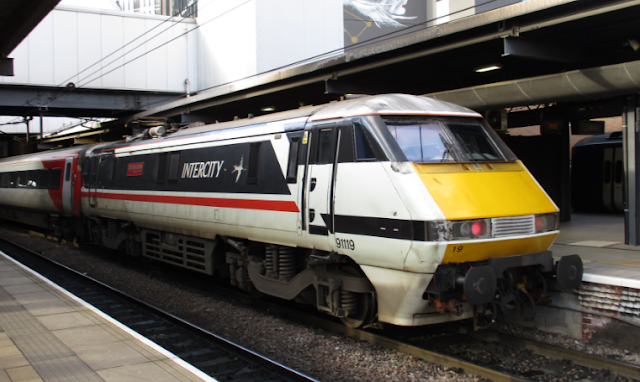 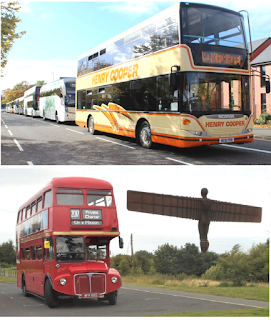 The immaculate Henry Cooper fleet is a shining example of how a bus and coach company should be run. From their base in the north east, they operate a smart fleet of buses and coaches. Under normal circumstances their coaches are to be seen operating throughout the length and breadth of the UK. They operate local school contracts and also have a very smart fleet of ex London Routemasters, which are used on weddings and other private hires.
Thanks to Graham Greaves and Joe Burns for sending us a selection of pictures for this posting. 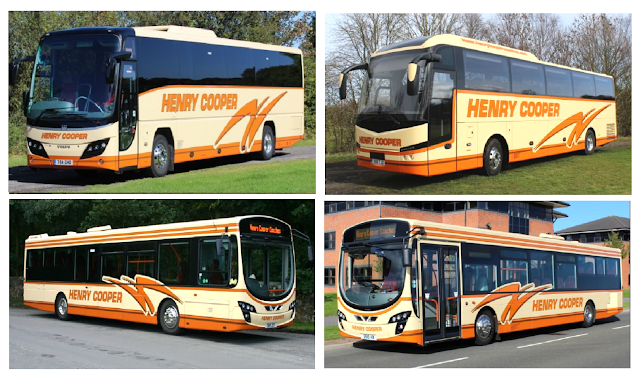 I can add to the photo collection as I spent many years driving coaches on a part time basis for the company. One interesting vehicle to join their fleet was one of the so called Bus 2000 vehicles that Graham Greaves salvaged from the Plaxton factory. Based on a Volvo B6BLE chassis with a new body design, two prototype vehicles were produced, intended to be shown at the 1999 Bus & Coach show.
Events overtook them however and Plaxton were bought by Transbus and the launch never took place.
The story of how the buses were salvaged and eventually brought back to life can be read
here. One of them is still in their fleet, immaculate and ready for action.
I'll finish the Henry Cooper slot by showing the picture below of EX180. A 1996 Volvo B12B with Plaxton Excalibur bodywork. A favourite of mine and the one I drove most for the company. 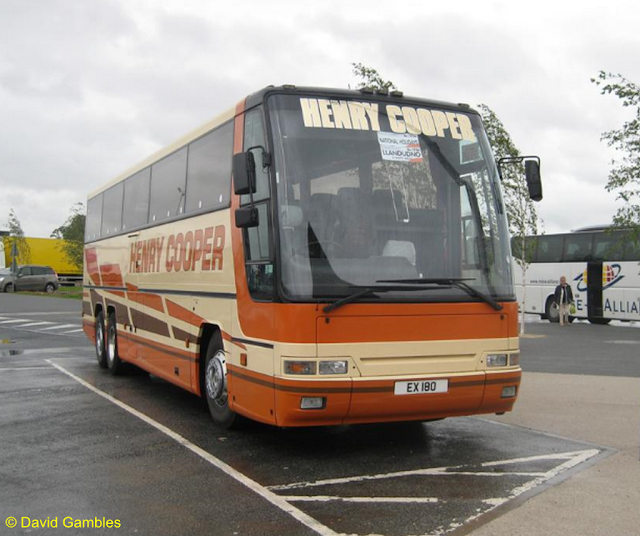 Here seen at Wetherby services during August 2010 whilst on my way to LLandudno on a National Holidays trip. Like the Bus 2000 vehicle, it is still in the Henry Cooper fleet and kept in immaculate condition. 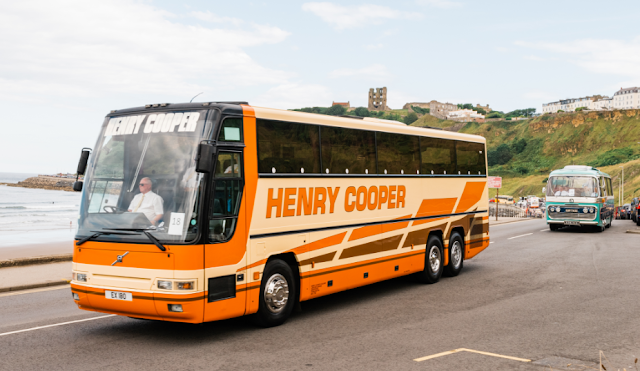 The Excalibur won its class at the Plaxton heritage event in August 2019. The event attracted 42 vehicle entries and 500 visitors. It was followed by a road run around the town taking in Marine Drive and a celebratory dinner attended by 200 people.
A final photograph below, showing KBB 118D, a MCCW bodied Leyland Atlantean. A member of the North East Bus Preservation fleet currently being rebuilt and restored. Watch this space for more news about this vehicle.

Thank you again to those that visit our site on such a regular basis and to all that have contributed over the years. 3 Million Page Views, 4250 postings, where do we go from here?
New technology seems to dominate the transport scene and obviously we focus on reporting that, as it is very much the future. The challenges faced by the transport industry is always of interest. There are always challenges, but no one could ever have forecast what has gone on over the previous 12 months.
As the late Captain Tom said "Tomorrow will be a good day. We will get through this and come out of it stronger, more united and ready to face any challenge together."
My plan is to include more photograph postings such as this, so if you have transport photos from any period please feel free to send them to focustransport2011@gmail.com
To all - Keep Safe & Well
David Gambles - Editor