During February Nexus started its most intense programme of maintenance and modernisation for almost five years. The work was all organised into a 14-day closure of a Tyneside Metro line through the centre of Newcastle upon Tyne.

The work has allowed the renewal of up to 16,000 metres of vital overhead power line to prepare the system for the arrival of a £362m new train fleet entering service from 2023.

Metro also brought forward a package of further works on its busiest section to take advantage of the major line closure, which will take place while passenger numbers are lower during lockdown.

During the closure frequent replacement bus services were provided, calling at or near stations on the affected routes.
John Colquhoun has sent us the following photographs taken during the replacement service.
The first batch below, are vehicles from Cobalt & Coast (normally found on 309, 310 and 311) and most unusually in North Tyneside, the Streetdecks from the old Red Kite routes, now rebranded as X-Lines. 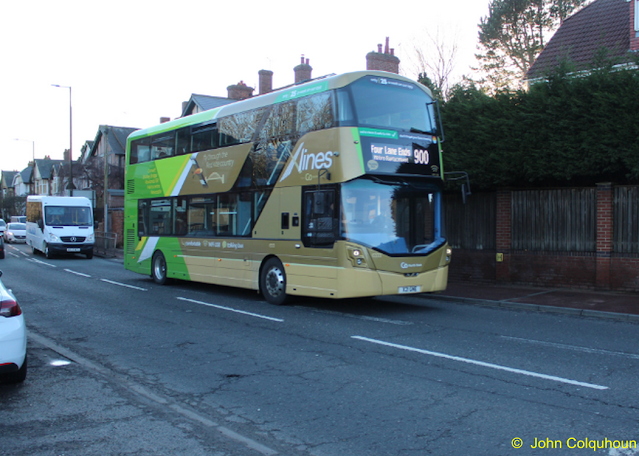 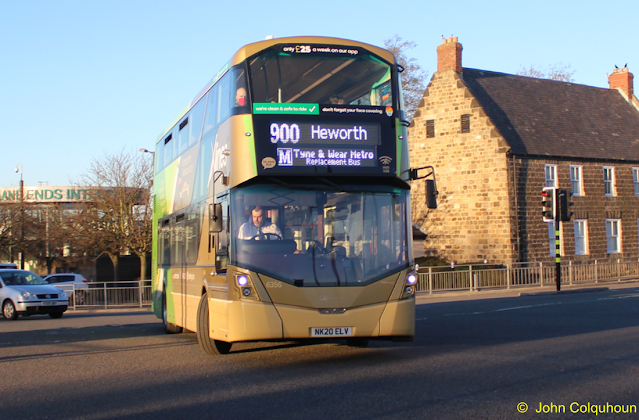 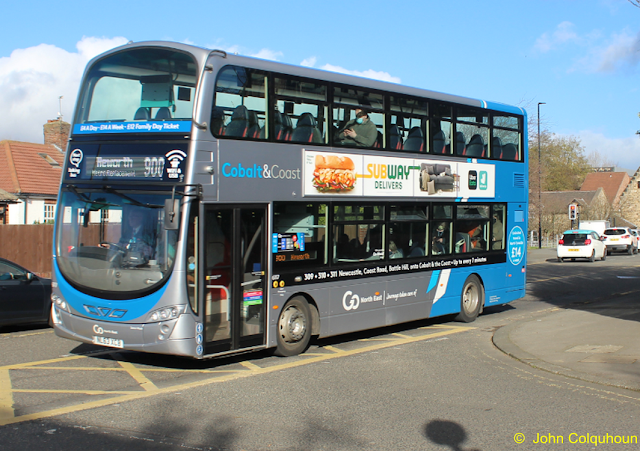 GNE seemed to work only the 900s. Below we have an Omni, Gemini and President. 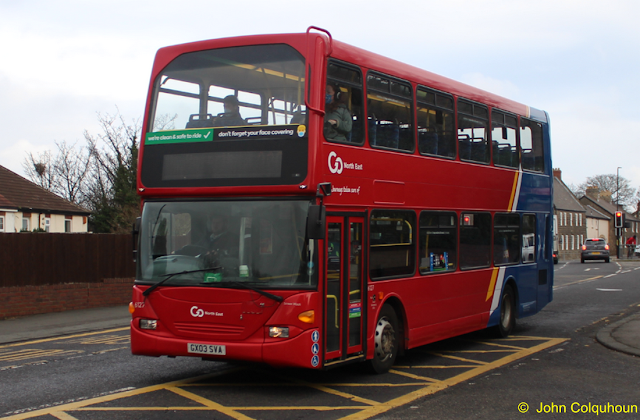 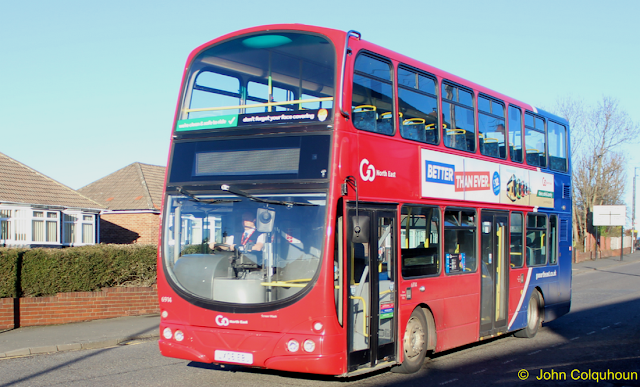 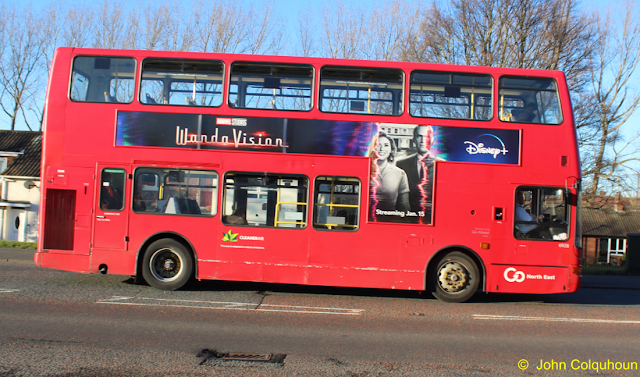 A couple of J H Coaches vehicles below - an ALX400 and a President. The President is working the X901 from Regent Centre. JH worked some 900s but seemed to work all the X900s/X901s. 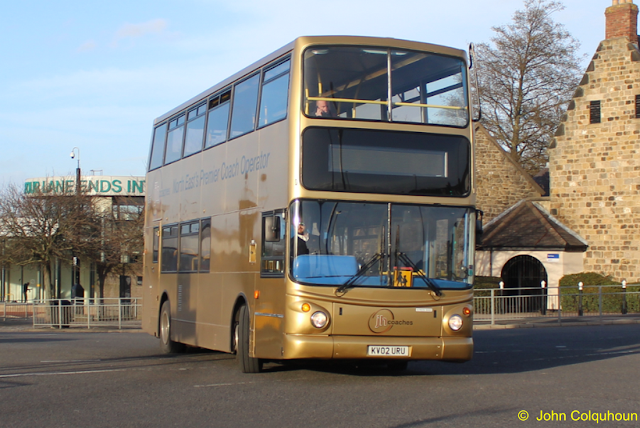 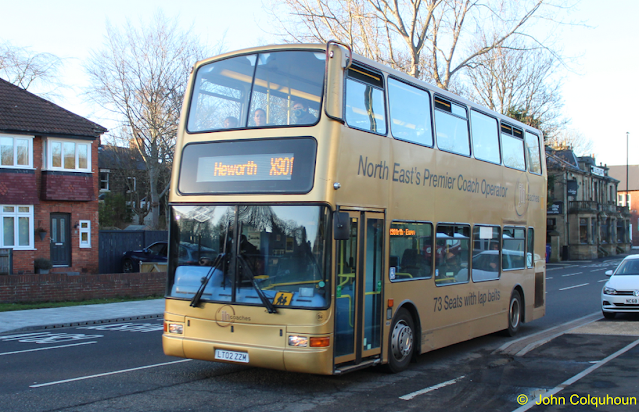 Below we have one of the Stanley Travel Presidents, another one alongside a JH Coaches ALX400 at the drop-off point at Four Lane Ends, plus their recent Gemini 2. I had no idea Stanley were 60 years old until I saw the text between the decks. 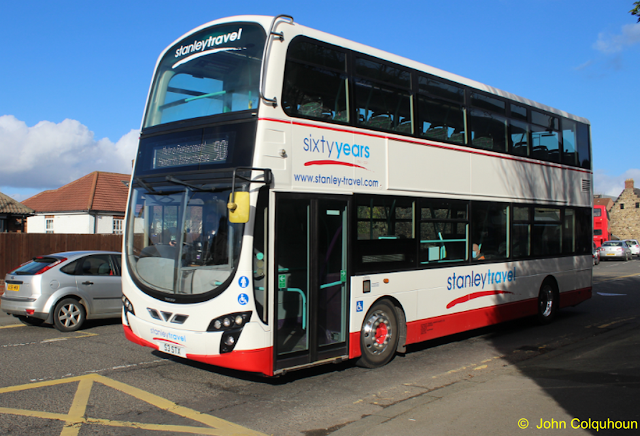 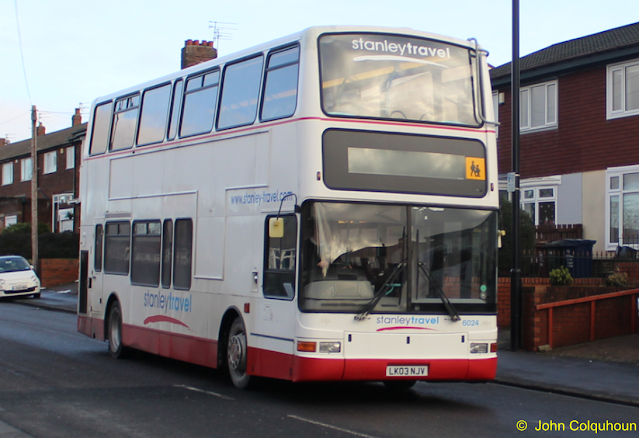 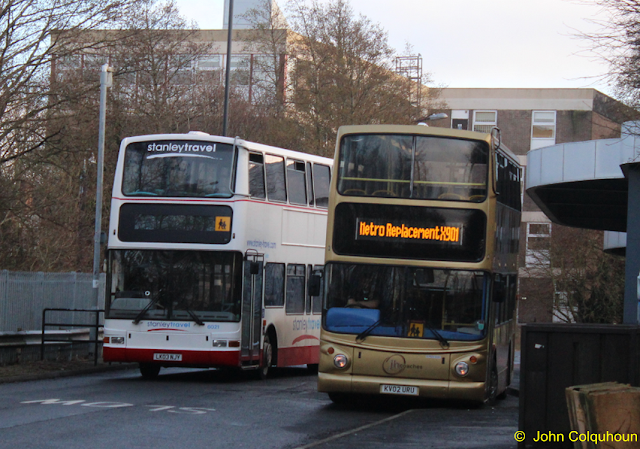 Many thanks to John for sending these photos. If you have photos of buses in your area please feel free to send them to us at focustransport2011@gmail.com.