Alexander Dennis Limited (ADL) and BYD UK have jointly announced that their electric vehicle partnership, has received a firm order from First Bus for a further 126 zero-emission buses for Glasgow, comprising 91 double deck and 35 single deck buses.
All are part-funded by the Scottish Government. The order is the largest ever for electric buses in Scotland. 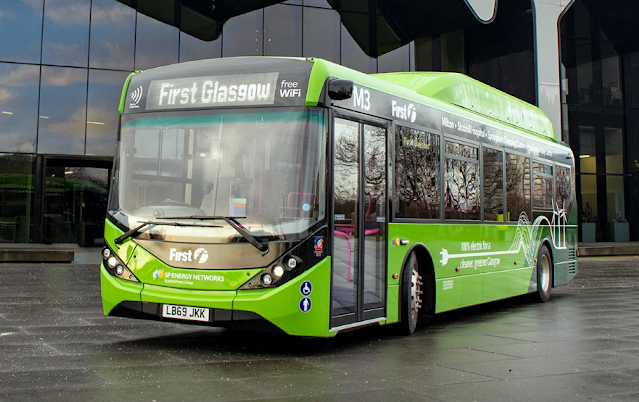 The BYD ADL partnership has taken the order from First Bus after the operator’s bid for funding in the Scottish Government’s latest round of Scottish Ultra Low Emission Bus Scheme was successful.
Using BYD’s battery electric driveline technology, ADL will assemble the buses at its factory in Falkirk, ensuring the investment benefits the local economy in Scotland’s Central Belt.

First Bus has opted for 91 BYD ADL Enviro400EV double deck buses, each of which will be 10.8m long, and 35 single deck BYD ADL Enviro200EV with a length of 11.6m each. These new buses will all be introduced to the Glasgow city bus network by March 2023.

They will join two BYD ADL Enviro200EV that have been operating since January 2020 as well as 22 similar single deck buses ordered in February 2021 for delivery ahead of the UN’s COP26 climate summit, taking the company’s electric bus fleet in Scotland’s largest city to 150 vehicles, all of which will be based at the operator’s Caledonia depot where they will be charged at night.

Janette Bell, First Bus’s Managing Director said, “As leaders in sustainable mobility, we are fully aligned with the Government’s ambitions for a zero-carbon bus fleet and have already committed to this by 2035. We will continue to ensure that our progress doesn’t just exceed the expectation outlined in the Strategy, but that it also puts the expectations of our customers front and centre.”

Andrew Jarvis, Managing Director for First Glasgow, said, “We have led the way with bus operators in Glasgow as a key partner of Glasgow City Council for the country’s first ever LEZ rollout and this latest announcement helps us to deliver shared objectives and make up lost time due to the pandemic.”

Paul Davies, ADL President & Managing Director, said, “This is a very large investment by First Bus in new electric buses and is yet another step on their journey to achieve a zero-emission fleet by 2035, and we look forward to working closely with them to get these new buses onto the streets of Glasgow at pace.

“These zero emission buses will be built at our factory in Falkirk and it is great news for Scotland that this investment is being recycled into the local economy, allowing the benefits to be felt across our communities whilst helping to underpin skilled jobs.”

Alexander Dennis Limited (“ADL”) is a global leader in the design and manufacture of double deck and single deck buses and is also the UK’s largest bus and coach manufacturer.


ADL offers vehicles under the brands of Alexander Dennis and Plaxton, and has over 31,000 vehicles in service in the UK, Europe, Hong Kong, Singapore, New Zealand, Mexico, Canada and the United States 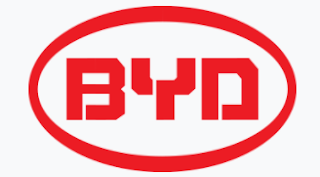 BYD UK was established in London, UK in March 2013 and moved to Iver, Buckinghamshire, England in June 2018 to further develop its business.
It is primarily engaged in providing British customers with a series of new energy buses together with interrelated after sales service. Its main focus is to provide UK customers with BYD new energy solutions, including electric vehicles, rechargeable batteries, solar panels, energy storage systems, rail transit and other new energy products, as well as related after-sales services.

BYD Company Ltd. (Build Your Dreams) is one of China’s largest privately-owned enterprises. Since its inception in 1995, the company quickly developed solid expertise in rechargeable batteries and became a relentless advocate of sustainable development, successfully expanding its renewable energy solutions globally with operations in over 50 countries and regions. It is a worldwide industry leader in the energy and transportation sectors and is listed on the Hong Kong and Shenzhen Stock Exchanges.