The UK has been chosen for the global launch of Scania's new Fencer bus range, the first model of which is the Fencer f1, a single deck, fully built-up bus.
The vehicle, which is the first complete Scania single deck bus to be released in the UK for ten years, will subsequently be introduced to many other markets worldwide and will form the basis of a new platform of sustainable Scania buses going forward, offering the widest range of fuelling options available on the market today. 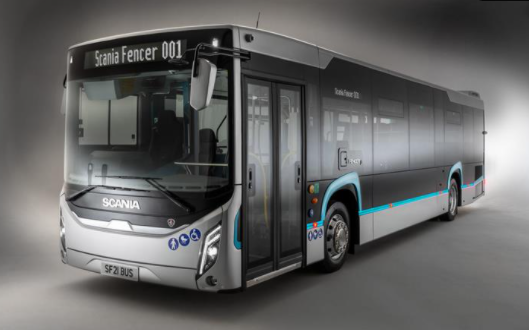 "The Scania Fencer f1 is a truly innovative and exciting new product which is the result of several years of research and development by Scania's engineers in conjunction with our colleagues at Higer, with whom we have enjoyed a strong, professional partnership with for the past 15 years," comments Martin West, Sales Director – Bus and Coach for Scania (Great Britain) Limited.
"The Fencer will contribute significantly to the sustainability objectives of the UK Government's recently announced national bus strategy. As a completely built-up Scania product, the Fencer will be fully supported by the Scania network of 84 UK service centres"
"The Fencer will be built on a new chassis, which has been designed from the outset as a future-proofed platform with a comprehensive selection of renewably-fuelled drivetrains including full battery electric and hybrid versions and biogas options
Initially, we are launching the vehicle with our tried, tested, proven and highly regarded nine-litre engine, which can be operated on 100 percent HVO (Hydrotreated Vegetable Oil) biofuel. This engine option has been missed in recent years by our rural and inter-urban customers and we are delighted to be reintroducing it to the market at this time. 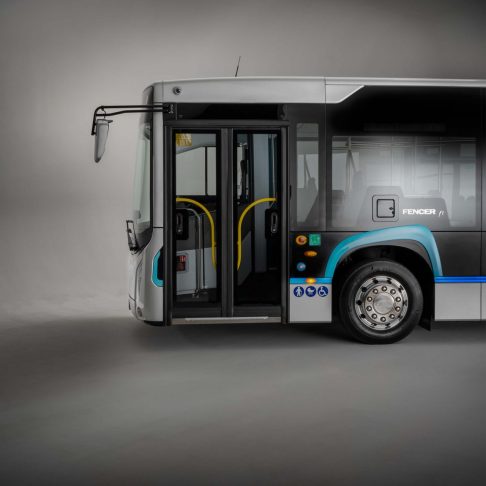 "Looking ahead, the single deck Fencer f1 is just the beginning of a new bus platform for Scania. Articulated and double deck options are also planned, meaning we will soon have a solution for every UK bus fleet operator."

The nine-litre Scania engine fitted to the first Fencer vehicles will be SCR-only and meets the requirements of the Euro 6 Step E emissions standard. Paired with ZF's Ecolife 2 fully automatic six-speed gearbox, the vehicle is capable of achieving substantial fuel savings compared to its predecessors.
Other features of the transmission include fast and smooth shifting and a new 'unloaded starting' feature which enhances passenger comfort by reducing noise, improving starting performance and delivering consistent acceleration.

Scania's in-house modular chassis development approach focuses on safety, performance and quality, and ensures all major components are under Scania's direct control. Suspension, brakes and electrics are all controlled by Scania's own software, and all systems communicate with Scania's own diagnostic tool, thereby simplifying trouble shooting and programming. In this way, Scania seeks to maximise uptime of the Fencer while maintaining optimal efficiency and performance at all times.

An all-new driver's area features an adjustable instrument panel for increased driver comfort. Ergonomically designed, all controls are within arm’s reach for ease of use and to reduce driver fatigue and stress. 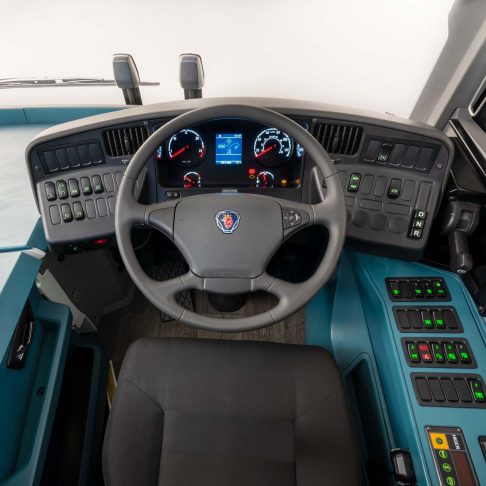 Externally, the Fencer's bodywork displays an innovative and contemporary profile, with low windows contributing to the natural flow of the vehicle's lines and kerbside appeal. Also incorporated into the design are stylish LED lights and enhanced side lighting. Inside, the modern, spacious design approach continues, with a light and airy saloon complemented again by full LED lighting to create a stylish and relaxed ambience.

As a vehicle which is produced responsibly and is to be offered with a wide choice of fuelling options, the Scania Fencer will contribute significantly towards achieving Scania's Science Based Targets.


The Fencer range will be available with a choice of renewable powertrain technologies with hybrid, gas power with BioCNG and BioLNG options. In addition, Scania's entire diesel offering can run on HVO without any modification. 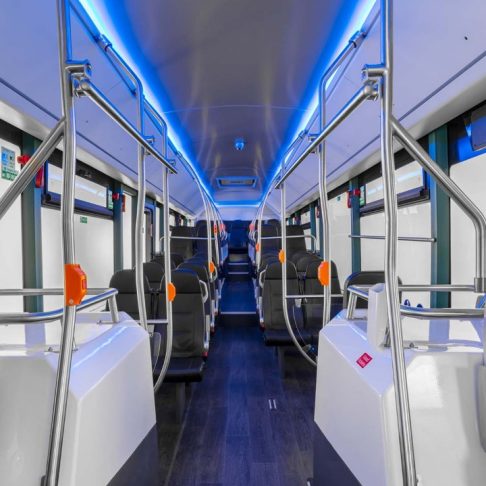 The Scania Fencer will have Scania’s 100 percent battery electric powertrain, available to order this year. A new fully integrated chassis will allow for an eight- or ten-battery pack set-up. This chassis will also feature a host of mechanical revisions, new electrics and ECU, new independent front suspension and a new rigid front axle for improved passenger capacity load capacity and turning radius as well as increased comfort and aisle width.

Scania’s development engineers have created a new battery electric platform which is Scania technology end-to-end throughout the entire drivetrain. A Scania battery will power Scania’s own 300kW electric motor driving through Scania’s own two-speed gearbox. The chassis has been climatically tested in city, interurban and pure urban environments to ensure the fully electric will deliver zero emission transport as it expands beyond the city centre and into inter-urban environments. 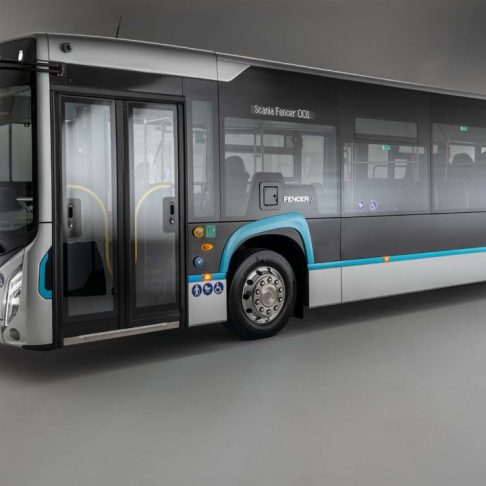 Science Based Targets have been created to help achieve the objectives of the Paris Agreement, a legally binding international treaty which provides a framework to limit global warming to well below 2°C, preferably 1.5°C, compared to pre-industrial levels. The Agreement was ratified on 5 October 2015 and came into force on 4 November 2016.
Sizes & Specifications here