BYD has commenced delivery of the 50 e-Bus order secured in Turin (Italy), as part of a framework agreement for 100 e-Buses. 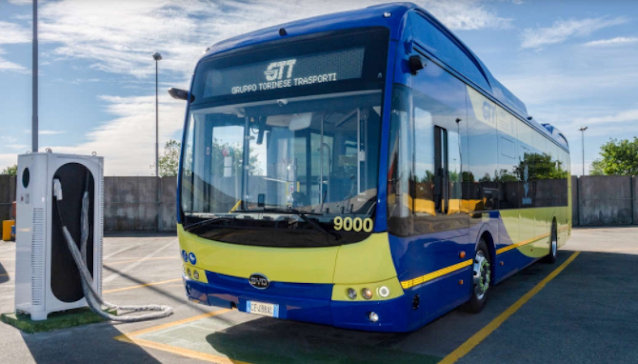 This latest major fleet order for BYD comes as a result of its long-established partnership with GTT – Turin’s principal Public Transport Operator – since first supplying BYD eBuses for the city in 2017.

The programmed delivery of 50 BYD eBus units will be GTT’s third intake from BYD taking its total to 78 BYD vehicles. The latest fleet will feature three-door bodywork and the phased delivery of the remaining vehicles is scheduled for September. 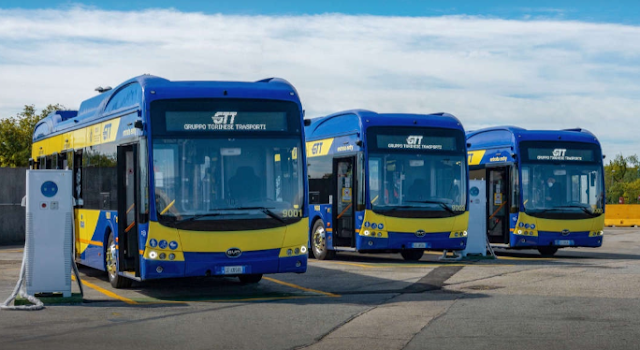 The first four eBuses were officially handed over on Monday 16th May, at GTT’s Gerbido depot, attended by the Mayor of Turin, Chiara Appendino, CEO of GTT, Giovanni Foti, and Councilor for Transport, Maria Lapietra.
The latest new additions will enter service initially on routes 58 and 71 in the city.

Over 60 BYD eBuses are presently in operation throughout Italy, performing in the cities of Turin, Novara, Alessandria, Milan, Padua and Messina, and other smaller towns.
BYD say that their eBuses in Italy have so far combined to deliver over seven million electric kilometres, saving more than 7,000-tonnes of CO2 emissions from equivalent diesel-powered vehicles. 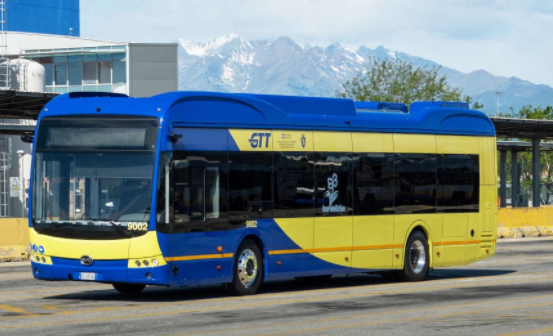 BYD Europe Managing Director, Isbrand Ho, said, “Again, a strong partnership with our customer and a shared ambition to build a sustainable public transport model has seen the BYD brand expand its presence. Most importantly, eMobility is delivering a progressively clean environment for the people of Turin. Our eBuses are safe, quiet and extremely comfortable,” he said, “offering an increasingly attractive option for local journeys in the city.”