A major milestone has been reached in the Very Light Rail programme in Dudley with the completion of the test track.

The new test track is the linchpin in making Dudley a global focus in rail innovation and runs from the bottom of Castle Hill to Cinder Bank Island.

The test track is where a Coventry VLR prototype vehicle, which is being developed by Coventry City Council and WMG, will be tested later this year. 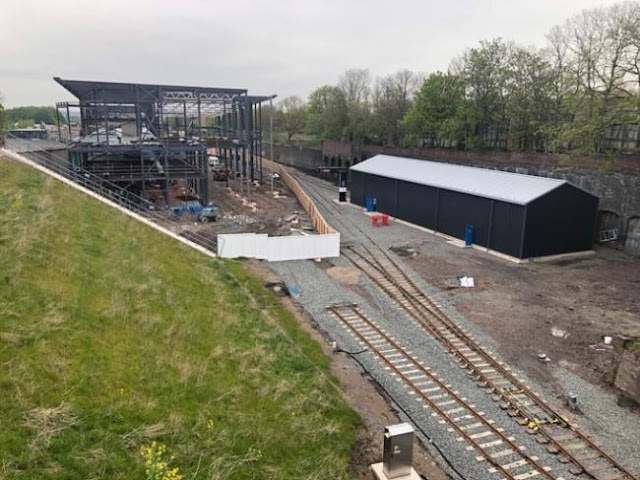 The senior figures also got to see the work in progress on site including the National Innovation Centre.
Councillor Patrick Harley, leader of Dudley Council, said:

This project continues to move forward at pace, despite the national restrictions, which is excellent news.

Andy Street, the Mayor of the West Midlands, added:

This project puts the West Midlands on the cutting edge of transport innovation and development and shows how collaborative working is delivering for our region. That these vehicles are going to be tested in Dudley to then be used in Coventry is testament to how we’ve managed to pull the West Midlands together as one in recent years, and I am delighted the WMCA has been able to play its part to help make this happen.

Not only is there clear economic benefits to this scheme, but there’s major environmental ones as well. VLR is another modern public transport alternative, which means it can help us ease congestion on our roads and bring about cleaner air as we look to tackle the climate emergency and work towards our #WM2041 plan to become a net zero carbon region over the next 20 years.

The new centre will sit next to the 2.2km test track facility with the work being overseen by the Black Country Innovative Manufacturing Organisation (BCIMO).

We are delighted with the significant progress we have been able to make on this important project. The new track will allow us to test prototype vehicles and look at the technology behind this form of transport.

The centre aims to develop a new Very Light Rail (VLR) industry, creating demand and supply of VLR solutions, with manufacturing centred in the Black Country. VLR offers a new, lower-cost, public transport solution that is set to transform the rail industry, providing integrated VLR systems as an alternative to heavy rail and traditional Metro transport.

The new centre, to be completed next year will sit next to the test track and is being delivered by the council. The centre will boast a triple-height engineering hall, research laboratories, conference and seminar rooms and offices for 45 people. There will also be public areas, including exhibition spaces and an auditorium.