Another 19 Solaris Trollinos go to La Spezia in Italy 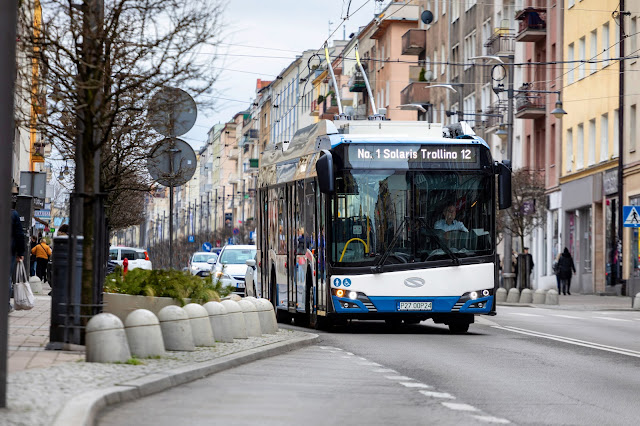 The 12-metre trolleybuses will be powered by a 160 kWh traction motor, whereas the 18-metre vehicles will be equipped with 2 drive units boasting 160 kW each.
The emission-free Trollino vehicles will be fitted with cutting-edge batteries with a capacity of 45 kWh that will enable them to drive without a connection to overhead wires. The traction batteries will be recharged both en route (via in-motion charging technology) and overnight at the depot. 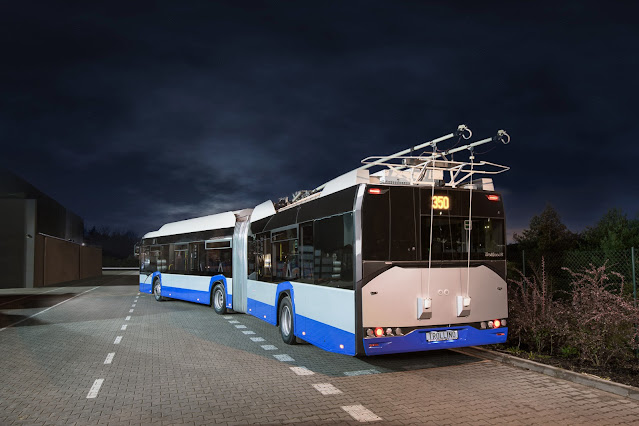 The 12-metre trolleybuses provide space for 85, while the articulated 18-metre vehicles can accommodate 140 passengers. Apart from standard amenities such as air-conditioning, CCTV cameras and USB ports, out of the producer’s wide range operator ATC Esercizio S.p.A. has also chosen state-of-the-art ADAS (Advanced Driver Assistance System) solutions to support the driver’s work and ensure a safe ride.
Enhanced visibility for the driver will be ensured by cameras replacing side mirrors, transmitting images on screens inside the vehicle. This innovative design of MirrorEye will allow the width of the vehicle to be reduced, something which is of great importance in the narrow and cramped streets of La Spezia.

The eSConnect will provide for modern fleet management and the monitoring of vehicles operating in La Spezia. The highly-professional eSConnect software is a multifaceted tool that enables the efficient management of a fleet of electric vehicles and the optimal use of the fleet.
It is also an accurate diagnostics instrument, facilitating and supporting maintenance capabilities. 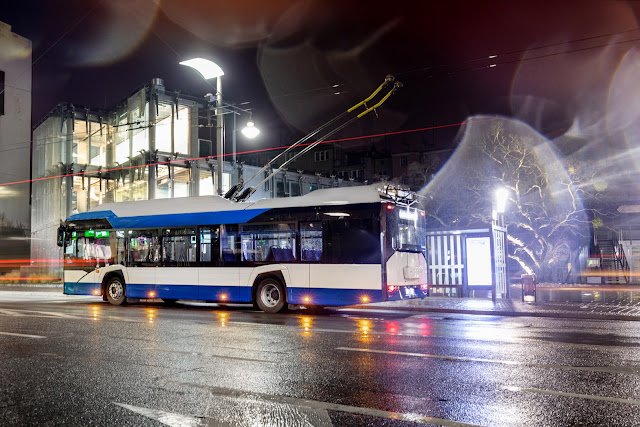 The operator has decided to equip the vehicles with a passenger counting system integrated both with destination display and driver support systems. It informs both the driver and the passengers (in the latter’s case the information is shown on the destinations displays) of the current number of free places on board the trolleybus.
These are not the first Trollino vehicles to be delivered to the city of La Spezia. In 2013 the company delivered 8 trolleybuses to the same operator, i. e. ATC Esercizio S.p.A.
A total of 130 Trollino vehicles currently cruise the streets of various Italian cities, such as Ancona, Bologna, Cagliari, Milan, Moderna, Naples, Parma, Rome and San Remo. 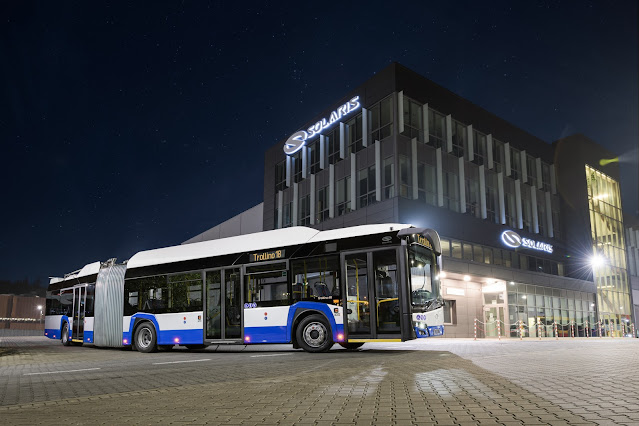 The Trollino line was launched by Solaris 20 years ago, in 2001. Two years later, in 2003, the first trolleybus fitted with batteries that allow them to be driven without a connection to overhead wires was launched.
So far, a total of 1700 Solaris Trollino vehicles measuring 12, 18 and 24 metres have been supplied to 56 towns and cities. The biggest contracts to have been carried out so far include a delivery to Kaunas (85 x Trollino 12) and to Milan (80 x Trollino 18).