MZK in Konin will be the first public transport operator in Poland to add a hydrogen bus to its fleet.

The contract secured by Solaris Bus & Coach, stipulates the four-year lease of a Urbino 12 hydrogen bus propelled with energy derived from hydrogen. The vehicle will be delivered to Konin in 2022. 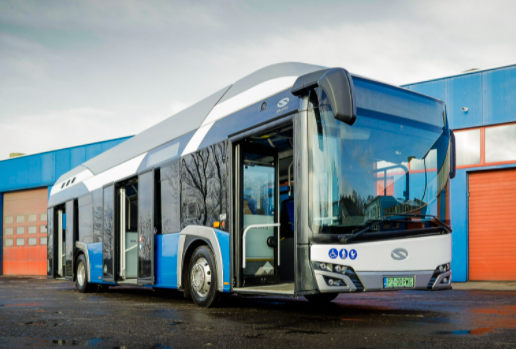 The contract signed on 7 July assumes the lease of the the Solaris Urbino 12 hydrogen unit  for four years. Solaris will supply the hydrogen-powered vehicle to Konin in 2022.  The first generally accessible hydrogen refilling station in Poland will be set up in Konin, by the end of 2021.

“We are witnessing an extraordinary moment. It is not that long ago that our company launched the first electric buses on the Polish market; and now we are signing the first contract for the supply of hydrogen-fuelled buses to Konin.
We have declared on many occasions that we are pioneers of the transformation in public transport in Poland, and today’s event is a testament to that declaration. Hydrogen has a strong chance of becoming a backbone of the transformation of public transport transformation in Poland and across Europe,” asserted Javier Calleja, CEO of Solaris Bus & Coach. 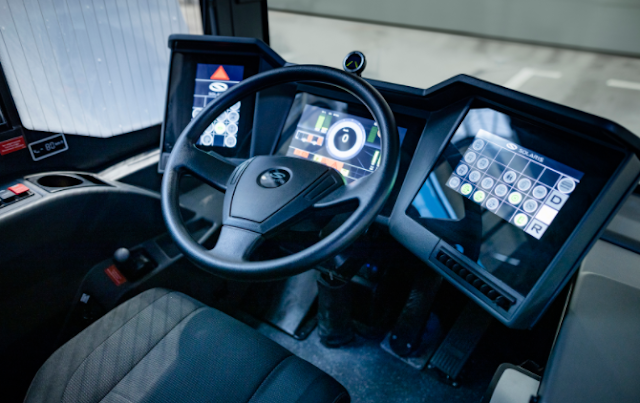 “The modernisation of the bus fleet of operator Miejski Zakład Komunikacji in Konin is one of my policy priorities. What I had mind when I announced the fleet modernisation were mostly hybrid and electric buses. The fact that we are signing a deal for the lease of a hydrogen bus of Solaris is, to me, a great source of pride and joy. Thus Konin will be welcoming the world-wide latest solutions in public transport. I believe that this marks only the beginning of things to come,” remarked Konin Mayor Piotr Korytkowski.

The main advantages of a hydrogen bus include in particular the short refilling time, the wide driving range as well as the zero-emission, noise-free and city resident-friendly operation of the vehicle.
Hydrogen is an absolutely clean energy source. The sole by-products of the chemical reaction taking place in the hydrogen fuel cell are heat and steam. The hydrogen will be stored in gaseous form, in roof-stacked tanks. The commissioned bus will also feature an additional electric energy storage device – a Solaris High Power battery. 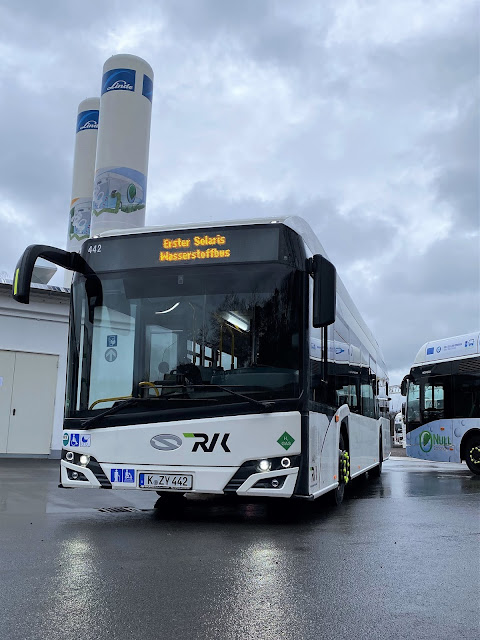 The Solaris 12 hydrogen bus had its première in 2019 complementing the other Solaris emission-free vehicles. Solaris offers Electric buses, including the Urbino 15 LE electric designed for intercity carriage, trolleybuses as well as hydrogen powered buses which, together, caters for individual needs of transport operators across all of Europe.

It may be worth recalling that, at the end of January 2021, several Polish cities hosted a series of official presentations of the hydrogen bus made by Solaris. Back then the vehicle made its way, among others, to Konin, where the representatives of city authorities and public transport operators invited to the event were able to make up their mind about the advantages of this extremely technologically advanced vehicle.
Interest in the hydrogen bus was also expressed by representatives of city transport operators in Jaworzno, Cracow and Poznań.

Once the unit is delivered to Konin, Poland will join the elite group of states that take advantage of Solaris hydrogen vehicles. These include: Austria, Germany, Italy, the Netherlands and Sweden, which have commissioned over 80 Solaris Urbino 12 hydrogen buses in total so far. 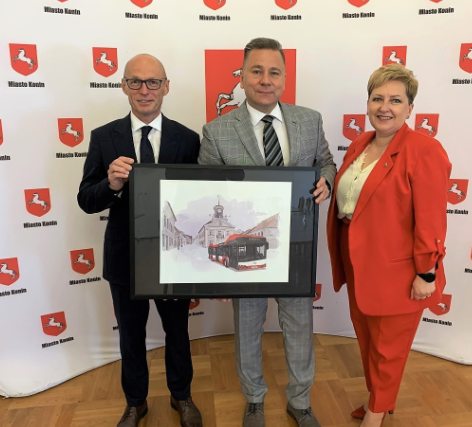