DB ESG wins project to undertake the modifications necessary to enable interoperability between different rolling stock fleets to be operated by Transport for Wales.

DB ESG has announced that they have been awarded a new contract for the design, approvals, supply, installation and testing of the required rolling stock modifications, together with all necessary vehicle transportation, to allow Mark 4 (MK 4) coaching stock to be operated by Class 67 locomotives and driving van trailers (DVTs).
The coaches were originally prepared for the proposed Grand Central services between Euston and Blackpool and were leased from Eversholt Rail by Grand Central.
When Covid hit passenger numbers Grand Central abandoned the plan to run the service and the refurbished coaches became surplus to requirements.
see here and here 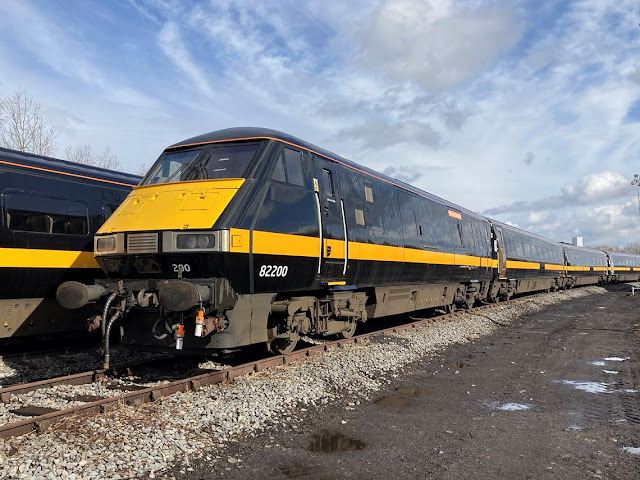 Transport for Wales (TfW) has a requirement to have an additional four 5-car sets of MK 4 coaching stock operated with a Class 67 locomotive and a Mk4 DVT. They have already modified and are operating 3 similar vehicle rakes.
This unit formation is currently not compatible and so modification work is needed to facilitate their operation in revenue earning service. This project not only involves compatibility modifications but also reconfiguration of the CCTV and Passenger Information System to allow them to be fully functional in passenger service.
Grand Central had planned to operate the coaches using Class 90 electric locos and now they will be adapted to operate with Class 67's.

DB ESG has previous experience of this type of rolling stock and this contract follows on from similar work undertaken for the rolling stock owning company, Eversholt Rail during 2018/19.

Nick Goodhand, Managing Director, DB ESG said: “We appreciate the faith that such an important customer has shown in placing this contract with us. We are proud to have been able to continue delivering our projects to the UK rail industry during these extremely challenging times. “

The work should be completed by March 2022.

Derby based DB ESG plays a significant role in the development of the UK’s rolling stock, offering innovative and value-led advice, technical consultancy and technology integration.

The company works across the rail industry with train operators, vehicle owners, manufacturers, system and component suppliers. With an experienced team of proven railway designers, mechanical and electrical systems engineers, project managers and consultants that are ready to address all industry challenges.

DB ESG, as part of DB Systemtechnik, combine to form the largest railway rolling stock technology consultancy in Europe and is the route to market for DB Systemtechnik’s products and services.