Special rail services have taken place between Newcastle and Morpeth as plans to reintroduce passenger trains on the Northumberland Line gather pace.

Northumberland County Council and Northern hosted the events which saw trains travel on part of the line – taking in the route that will see five of the six proposed new stations built.

As well as the new stations – Northumberland Park, Seaton Delaval, Newsham, Blyth Bebside, Bedlington and Ashington – the Northumberland Line will also result in an upgrade of 18 miles of track to provide local communities with enhanced connectivity. 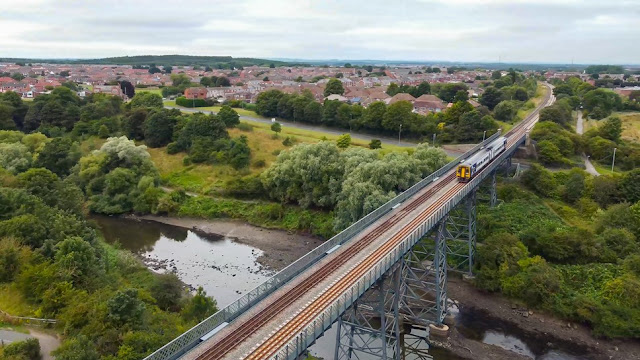 The scheme, proposed by Northumberland County Council, has been made possible thanks to the Government’s Restoring Your Railway Fund, which offered development funding to explore options to restore lost rail services connections to communities.

Earlier this year the Department for Transport provided £34m towards detailed design and preparatory works which, subject to funding for the delivery of the full scheme being confirmed by the Government, and the recently submitted Transport and Works Act Order (TWAO) application being approved, will allow for the reintroduction of a regular rail passenger service between Ashington and central Newcastle, with several stops in between.

Cllr Glen Sanderson, leader of Northumberland County Council travelled on the special service this week. He said: "It was fantastic to experience first-hand one of the journeys that hundreds of thousands of people will soon be able to enjoy and benefit from.

"Passenger services on the Northumberland Line will provide a huge economic boost in South East Northumberland and beyond, improve transport links, attract more visitors, and support growth sectors. It will also help to improve air quality and reduce carbon emissions, contributing greatly to our climate change targets in Northumberland.

“This is just one of the exciting projects taking place in the county which will benefit our residents, business and most importantly our environment for years to come." 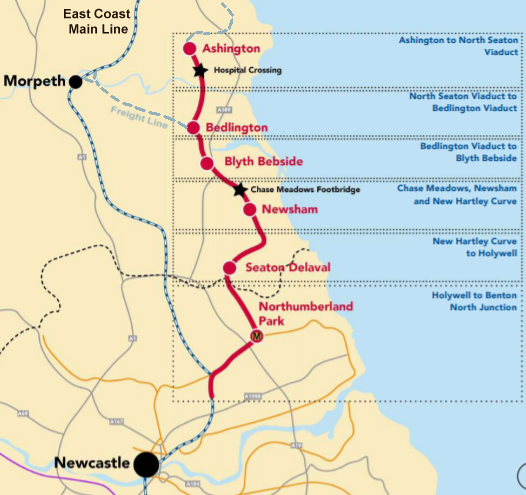 The Northumberland Line, currently partially used by freight trains, aims to further stimulate and support economic growth, regeneration and community development in Northumberland and the surrounding regions by providing new and improved transport links for local people and businesses.
By doing so, the scheme will improve access from towns such as Ashington and Blyth to employment hubs like Newcastle, as well as opening up new opportunities for leisure, education and travel. It will also provide a real incentive for potential employers to relocate to and invest in the local area.
Cllr Martin Gannon, Chair of the North East Joint Transport Committee, said: “The Northumberland Line will be a wonderful asset for local people and helps us take further steps to encourage people out of their cars and onto cleaner, more sustainable forms of transport.

"This development demonstrates that the region has major ambitions, restoring passenger rail services has enormous benefits and this scheme is one of the major interventions which has been identified and agreed by our region in the North East Transport Plan. 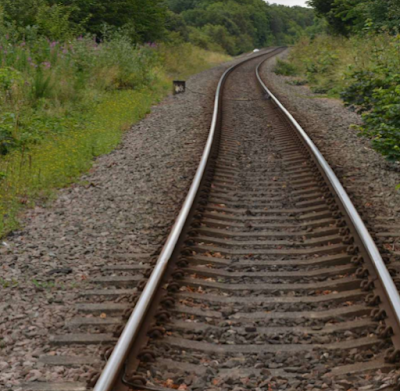 “The line will offer enhanced opportunities for education, employment and leisure for the people of the North East and enhances public transport connectivity, offering a seamless transfer onto Tyne and Wear Metro at Northumberland Park.”

With the new line set to open in early 2024, Northern – which will operate all passenger services – is already developing plans to provide a timetable that will help local communities and deliver this positive impact for the region.

Kerry Peters, Regional Director at Northern, said: “Bringing new rail services to the north east as part of the Northumberland Line is really exciting and we’re honoured to be able to provide those services for all the communities based along the route.

“Rail plays a vital role in the economy of the north of England and we’re delighted to be able to play our part in opening up new leisure and business opportunities for the region.

“We’re currently working on proposals for the first timetables for the Northumberland Line and, initially, expect to offer and two trains per hour on weekdays and Saturdays between 6am and 7.30pm, with an hourly service after 7.30pm and on Sundays.” 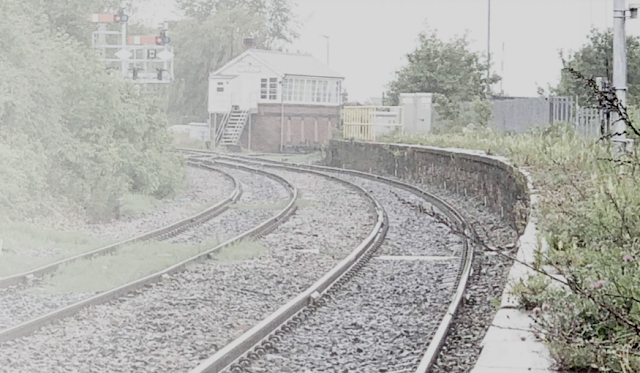 Work on the Northumberland Line is expected to begin next year and, with Morgan Sindall in place to construct the new stations, Network Rail is now working on its own plans to upgrade the track and infrastructure.

Matt Rice, Route Director for Network Rail in the North and East, said: “We’re really excited to be able to be part of to the eagerly anticipated reintroduction of passenger services on the Northumberland Line.

“We’re confident that when the first passenger trains run in 2024 that they will be very well used by the local community, building on the significant contribution that freight services on the Northumberland Line already makes to our economy.

“The project will provide more employment and leisure opportunities for people across South East Northumberland, and it will help to boost the economy and attract new investment into the area.”