During August the 700th electric bus entered service in Moscow. The vehicle was assembled in Moscow by KAMAZ. 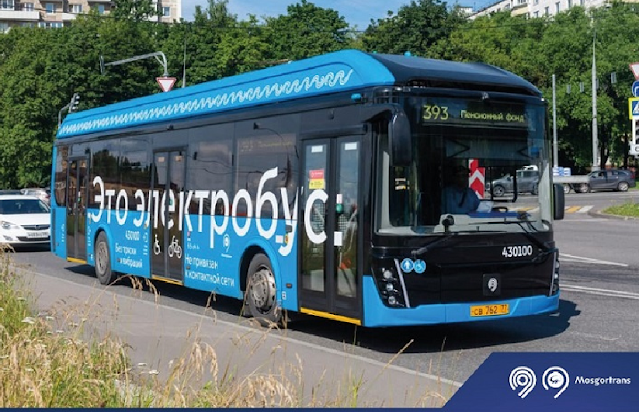 “In three years, the fleet of Russian electric buses has increased from zero to 700 in that time carrying more than 100 million passengers and travelling almost 44 million kilometers.
By the end of the year, another 300 electric #buses will be delivered to Moscow, 2/3 of newcomers will be assembled at the innovative SVARZ eco-plant”, said Maksm Liksutov, Deputy Mayor of Moscow for Transport.

The Russian capital plans to launch a new generation of electric buses on 30 more bus routes, increasing the fleet to 2,200 units by 2024.
The use of electric buses reduced the emissions of pollutants into the air of Moscow by 40 thousand tons in 2020. 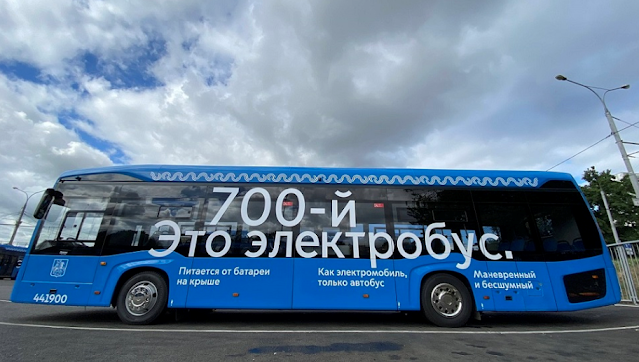 The main problem when deploying an electric bus is finding enough resources for both operational and capital costs. While the operators ' own resources are a key component of the cost of financing, the city also uses a combination of various external financing tools.

All eco-transport is bought at the expense of Green Bonds — debt securities, the funds from which the Moscow Government directs to the development of eco-projects of the city, thus, improving the ecosystem of the metropolis.

In the next 10 years, electric buses will be the predominant choice for clean fleets, although natural gas and hybrid buses are also still considered viable technologies, and fuel cells are attracting increasing interest. 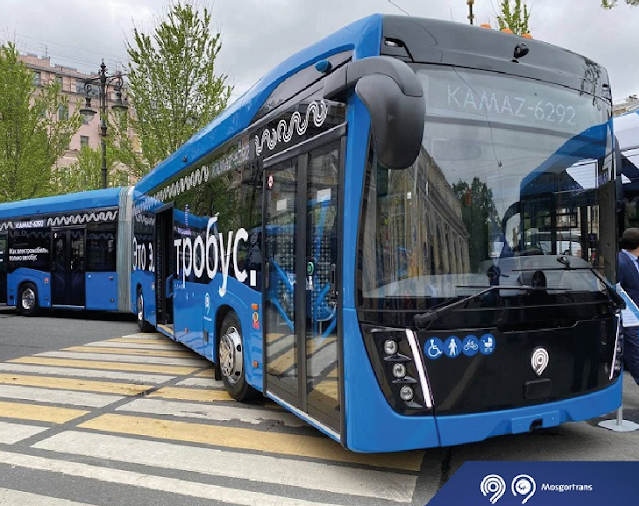 "Today we are working on the creation of a hydrogen bus – the most modern urban land transport in the world. It will be developed on the basis of the SVARZ plant for the production of electric buses. This will be a Russian development for Moscow and the residents of the city. The new hydrogen buses will become the most environmentally friendly, innovative and safe transport for passengers of our city, " - Maksim Liksutov, Deputy Mayor of Moscow for Transport


The official history of the Moscow bus began on August 8, 1924, when the first regular route was opened. The length of the route was 8,5 kilometers and the travel time was about 30 minutes. The first 8 vehicles were made by English company Leyland; they could reach a maximum speed of 30 kilometers per hour.

By 80s, the fleet of these buses had grown in Moscow to almost 7000 units. At that time, the vehicles were comfortable city buses with air suspension and wide doors. This bus was fundamentally new not only for passengers, but also for drivers — for the first time a hydro-mechanical automatic transmission was used. Automatic transmissions were only installed on government limousines.

After that, the time of the decline of the domestic automobile industry came, the first Hungarian Icaruses conquered the streets of Moscow. Passengers immediately began to call them "accordion". Accordions were replaced by Ikarus-280 -one of the most popular and mass-produced buses in the world.