Alexander Dennis Limited (“ADL”), has announced that Delaine Buses has continued its tradition of placing new buses in service on the first day of a new registration age identifier period with another new Alexander Dennis Enviro200 single deck bus.

With a history spanning over a century and managed today by the fifth and sixth generations of the Delaine-Smith family, Delaine Buses’ services continue to connect its Lincolnshire hometown of Bourne with two routes to Peterborough, one direct via The Deepings and the other via Stamford.
A third service links the Lincolnshire Market Towns of Stamford and Spalding on routes first established when the company’s first motor bus was introduced in 1919. 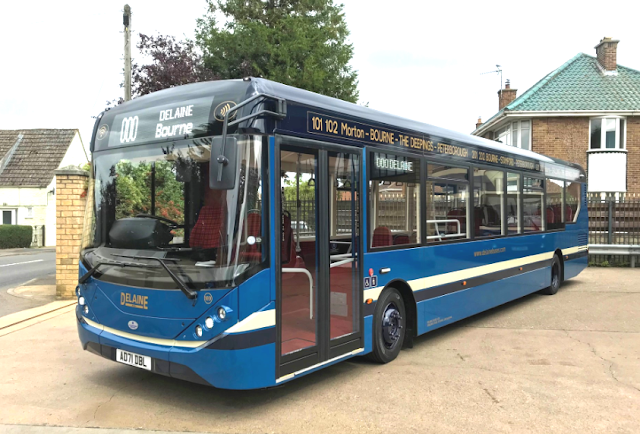 New buses for the 30-strong fleet are generally placed into service the first day that vehicle number plates in the UK use a new age identifier, and Delaine Buses today continued this tradition with the launch of an Alexander Dennis Enviro200 single deck bus featuring a ‘71’ number plate.
It follows two similar buses over the last twelve months, introduced with the launch of ‘70’ and ‘21’ number plates on 1st September and 1st March.

Delaine Buses’ Enviro200 buses are built to order to the operator’s specification including wood veneer panelling, a classic bespoke red tartan moquette for the 43 passenger seats and are finished in the company’s iconic two-tone blue livery with cream relief. 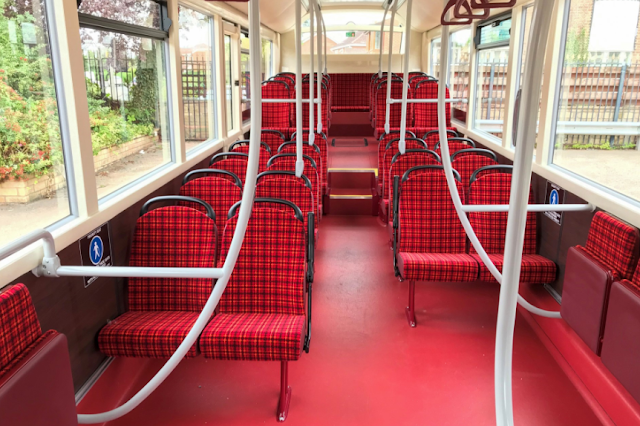 Managing Director Anthony Delaine-Smith said: “We are very pleased to continue our relationship with Alexander Dennis. As an independent bus operator, it is great to see their versatility can accommodate our traditional specification.
Our Enviro200 buses are primarily deployed on a 28-mile interurban route and have proved to be very suited to both the urban and rural aspects of the service.”

Martin Dunleavy, ADL Sales Account Manager for the East of England, said: “We are extremely honoured to have again been chosen by Delaine Buses to supply a new, British-built vehicle for its immaculate fleet.
It continues to be a pleasure to work with Anthony and the entire Delaine-Smith family, and we already look forward to seeing a ‘22’-plate Enviro200 next spring.”