SSE – a major partner at COP26 – alongside the Go-Ahead Group, SWARCO, and bus manufacturers BYD and Alexander Dennis are using a tour of an electric bus to showcase national efforts already underway to decarbonise.

Transport minister Trudy Harrison MP has signalled her support for the unique electric bus tour from London to Glasgow to celebrate low carbon energy and transport projects that are transforming our lives.

The 11-day tour commenced at Go-Ahead’s Northumberland Park bus garage in north London, one of the largest of its kind in Europe, to showcase the people and places driving the transition to net zero. 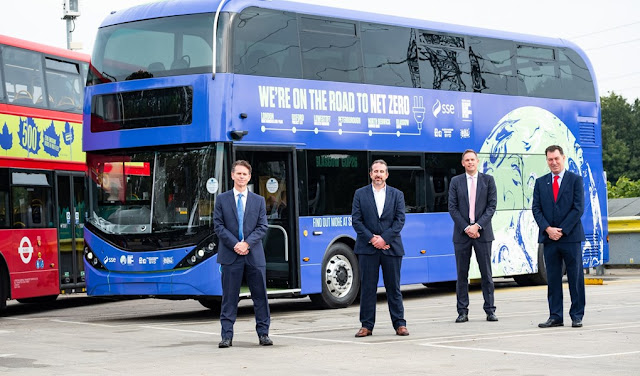 Trudy Harrison, Parliamentary Under Secretary of State at the Department for Transport (DfT), said: “The launch is a wonderful example of the collaboration and innovation required to reach our net zero targets ahead of COP26, and Northumberland Park is already playing a huge role by bringing cleaner air to London with its 117 EV buses in operation.

“The Government has recently pledged a further £2.8bn to support the switch to cleaner vehicles and the Bus2Grid project based here is precisely the kind of research we need to power up the electric vehicle revolution, not just for cars but for public transport too.”

After the photo call involving the Mayor of Haringey, Councillor Adam Jogee, the COP26 branded bus hit the road north with the intention of reaching Glasgow three days before the climate change conference gets underway there.

The tour includes meeting the young green engineers who are based at the 500MW offshore windfarm at Greater Gabbard at the UK’s most easterly point; as well as the businesses and local authorities driving the decarbonisation of cities like Oxford and Peterborough.

The ‘Road to Renewables’ journey concludes in Glasgow on October 29th three days before COP26 gets underway where the bus will open an official charging garage for the climate change summit.

SSE is a major partner at COP26; and alongside the Go-Ahead Group, BYD/Alexander Dennis and SWARCO will use the EV bus tour to showcase examples of the national effort already underway to decarbonise.

Nathan Sanders, Managing Director of SSE Distributed Energy, said: “There could not be a better time to take to the road with our message that innovation and collaboration are key to tackling the climate emergency.

“SSE is proud to be a major partner of COP26 and proud of the EV infrastructure our distributed energy team provide to help create greener transport and cleaner cities.
We’re excited by all the people and projects we’re showcasing on our ‘road to renewables’ and our innovative Bus2Grid project that could see buses become two-way chargers is a great place to start our tour.”

David Brown, Go-Ahead Group Chief Executive, said: "Go-Ahead is the UK's largest operator of electric buses, with nearly 300 modern zero emission vehicles in our fleet. It is fitting that the 'Road to Renewables' journey started at Northumberland Park Garage, home to approximately 120 electric buses and the pioneering Bus2Grid technology.

“Not only does a double decker bus take up to 75 cars off the road, reducing congestion and improving air quality - by decarbonising our fleet we can make an even stronger contribution to tackling carbon emissions and enabling public health.”

Paul Davies, Alexander Dennis President and Managing Director, said: "As a global leader in the design and manufacture of double deck buses and the UK’s largest bus and coach manufacturer, Alexander Dennis is playing its part in the road to net zero by supporting thousands of skilled green jobs.

“Our British-built zero emission buses can not only reduce local air pollution and support the transition to net zero, but also help to underpin the opportunities for the bus manufacturing industry to prosper."

Frank Thorpe, BYD UK Managing Director, said: “As the world’s leading eBus manufacturer, BYD has delivered over 68,000 eBuses around the globe.
In the UK, we are committed to providing total solutions for eMobility to our customers.
We have already delivered over 500 pure-electric British-built buses and believe in a collaborative approach and work in partnership with organisations that share our vision.
It is through these ‘win-win’ collaborations with a range of local partners, that we bring our pioneering battery technology and continuously contribute to a zero-emissions future. 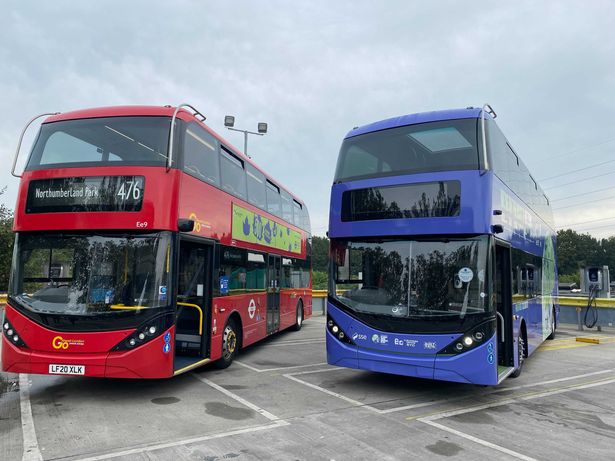 “BYD is the first company globally in the commercial vehicle sector to provide high-power discharge technology to enable electric buses to charge the grid. We take great pride in our contribution to making Bus2Grid a successful project.

“COP26 is extremely important to BYD, as we share its same mission. We are dedicated to developing innovative technologies that deliver zero-emission transportation to everyone in the world.
We have delivered one million BYD New Energy Vehicles (NEVs) globally which have successfully contributed to reducing over seven million tonnes of CO2 emissions.” 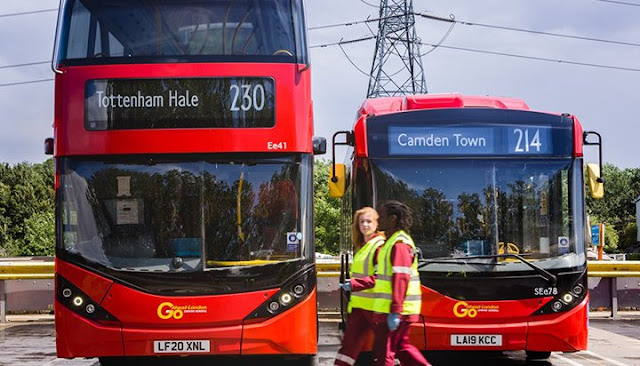 Justin Meyer, Managing Director of SWARCO Smart Charging, which is powering the Road to Renewables bus, said: “By providing electric vehicle charging infrastructure and support services for double-decker buses and beyond, SWARCO Smart Charging is helping the UK transition to a low-carbon transport system. We are determined to support the mobility needs of society and help the UK cut its climate emissions.”

Tom Cunnington, TfL’s Head of Bus Business Development, said: “Innovative projects like Bus2Grid are key if we are to decarbonise London’s bus network and support the wider national effort to reduce emissions.
We are pleased to support the Road to Renewables tour, and it is fitting that it commenced in London, with most new UK zero emission bus orders coming from the capital.
These orders are helping to support 3,000 jobs across the UK in places such as Scarborough, Falkirk and Ballymena in Northern Ireland.

“In the year of COP26 we have accelerated the pace of change, bringing forward the date our bus fleet will be zero emission and we have given a commitment to only purchase the greenest buses, with 950 on the road or on order.”

Ian Cameron, Head of Innovation at UK Power Networks, said: “We are collaborating to realise the full potential of V2G technology for buses. Not only do electric buses have a vital role in reducing emissions and improving air quality, harnessing the power of their batteries could potentially help us accommodate even more renewable energy on the network.”