DRS has named a locomotive The Poppy in honour of the Royal British Legion’s Centenary year, Remembrance Day and all of those in our armed forces. 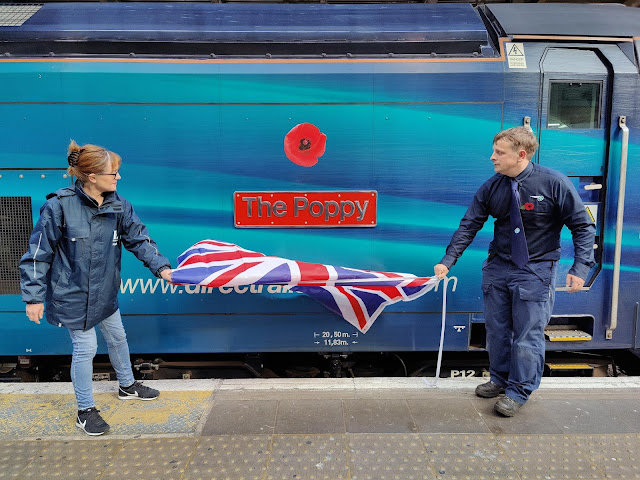 Locomotive 68033 was named in a ceremony at Euston Station with veterans from across the country attending to mark the ceremony.

NTS has also recently received the coveted Armed Forces Covenant Employer Recognition Scheme Gold Award, the highest badge of honour available, for their support of people who serve, veterans and their families.

DRS has made six 00-gauge models of The Poppy which will be available for auction and the train’s headboard is eventually to be auctioned to raise money for the Royal British Legion through a sealed bidding system. 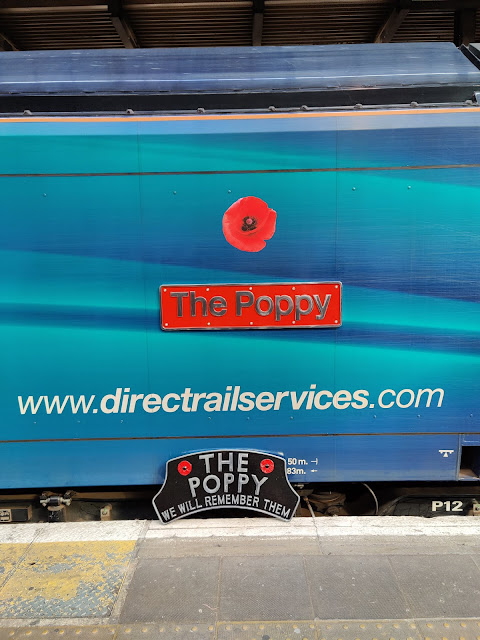 Seth Kybird NTS CEO, said: “We’re hugely proud of all of our former services colleagues and the wealth of knowledge and experience they bring to NTS.

“Everyone feels passionately about supporting our armed forces and helping to raise vital funds for such a fantastic charity as the Royal British Legion.

“Many of my colleagues take time off during the appeal to volunteer for the appeal and ensure we all remember the sacrifices made for the freedoms we all enjoy.”

DRS Driver David Poynter added: “I’m really proud of everyone who’s worked to get this locomotive named, it means a lot to me, just to say ‘thank you’ to everyone who serves and has served over the years.

“It’s a great privilege to be the first person the drive The Poppy and I hope it will keep the message of Remembrance Day in people’s minds long after 11 November.”

Since the poppy was first worn as an act of remembrance 100 years ago, it has become a symbol of support for our armed forces past and present.
We are grateful to NTS and their employees for their continued dedication to our annual Poppy Appeal, as we continue our vital work in supporting the armed forces community because this year every poppy counts.”

To enter the closed bidding participants are to email communications@ntsglobal.uk with their name, address, contact number, which item they are bidding for (headboard or loco) and their amount.
The winners will be contacted individually and payments made through PayPal. All money received will be donated to the Royal British Legion. The Bidding closes at 5pm on Monday 15 November 2021.