Hitachi Rail and Eversholt Rail are in the advanced stages of designing and engineering an electric-diesel-battery (tri-mode) train, with plans to trial on a Great Western Railway (GWR) Class 802 train in 2022.

The battery will replace one of the diesel engines on a five-car GWR Class 802 train.

With proof of concept and layout in the final stages of approval, work has begun to
build the battery for functional testing and integration onto the train.
The battery, which will be 6m x 2.2m in size, will replace one of the diesel engines on a five car GWR Class 802 train. 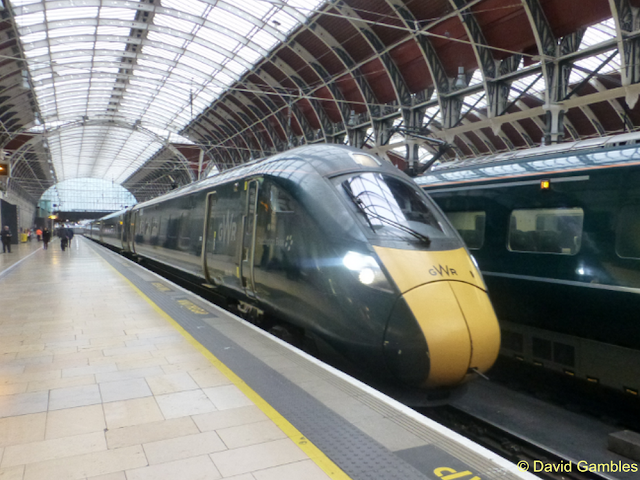 The battery system has been designed for the partially electrified route between
Penzance and London. Installation of this modification enables two operating modes.
Firstly, to operate on battery only, when travelling on non-electrified sections of the GWR network. Secondly, to supplement the power of the diesel engines, if required, to maintain train performance.

The introduction of the battery will cut fuel usage and reduce carbon emissions by at least 20%. By using battery power to travel in and out of stations and urban areas, the train will improve air quality and dramatically reduce noise levels, creating a more pleasant environment for passengers and people living nearby.

Having already undertaken fire safety tests to support the design and safety case of
the battery, system integration testing will now take place at Hitachi’s facility in
Naples, followed by combined testing in Japan.
Both tests will take place in 2022,enabling manufacturing and fitment to be undertaken at Hitachi’s Newton Aycliffe factory, with on track testing on the Great Western network to follow. 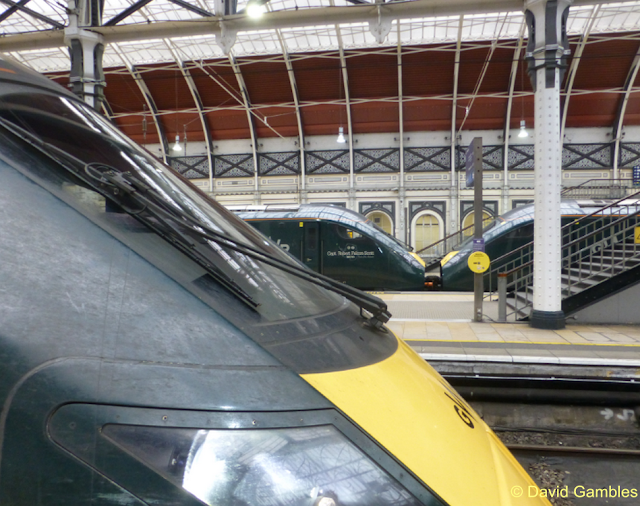 Jim Brewin, UK & Ireland Country Lead, Hitachi Rail said: “Creating an intercity
battery hybrid train is a green innovation that will cut emissions by at least 20%,
improve air quality and generate fuel savings for the operator. This is new
technology, and we have made progress in creating the battery prototype and are
now preparing for system and network trials. The UK has an opportunity to become a
global leader in battery technology and we believe it will be key to the Government
meeting its Net Zero targets.”

Peter Wilkinson, Managing Director Passenger Services at the Department for
Transport (DfT) said: “I’m thoroughly delighted to see these battery trains progressing.
In a world increasingly vulnerable to climate change, and the environmental and
atmospheric impacts of carbon and other forms of pollution, the rail industry must
both show leadership and take the lead; waiting for permission simply won’t be an
acceptable excuse.
This project is an exemplar and we are going to need others like it if we are to succeed in creating a future mixed economy of modern, environmentally clean and safe future rolling stock traction solutions.”

Paul Sutherland, Client Services Director at Eversholt Rail said: “We are extremely
proud of the investment we have made in our Class 802 fleet on the Great Western
Railway. This fleet has brought a step change in train performance and passenger
environment on the routes they operate and this hybrid investment is the next stage
in that journey. We are excited to be working with Hitachi, using leading edge
battery technology to deliver this project. This equipment will enable a reduction in
carbon and noise emissions whilst improving air quality and delivering fuel savings.” 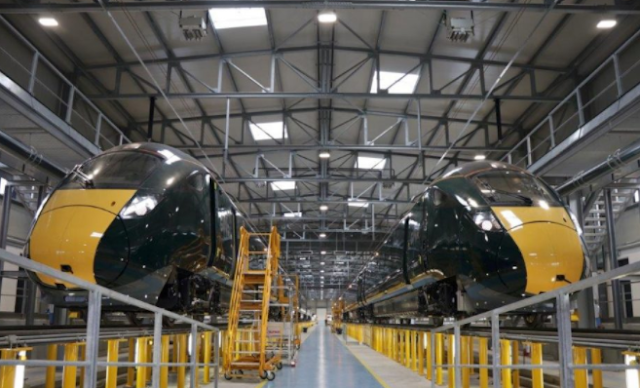 Steve Montgomery Managing Director of First Rail said: “We recognise and welcome
opportunities to invest in sustainable rail initiatives and support innovations such as
this which create solutions to help improve rail’s emissions and air quality,
accelerating the transition to a zero carbon world. Working with our industry partners
ensures that we achieve a better environment for our customers and will further
encourage them to switch from cars to trains, which have a lower environmental
impact per passenger mile.” 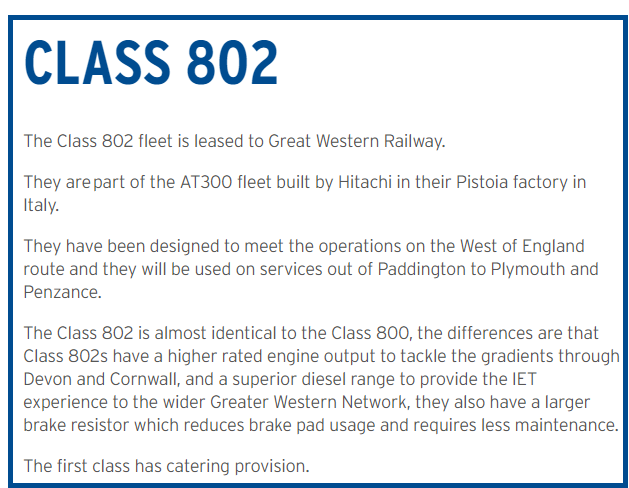 In 2020, Hitachi and Eversholt Rail identified the opportunity to trial adding a battery to existing diesel-electric (bi-mode) train on the London to Penzance route. The line
is only partially electrified, with the majority of the 300 mile journey requiring diesel. By
adding a battery, the train will be an electric-diesel-battery hybrid train (a tri-mode).
Hitachi is committed to becoming a climate change innovator and is a Principal Sponsor of COP26 in Glasgow this month. The business is a global leader in rail battery technology and last month [October 2021], celebrated five years since the inaugural run of the DENCHA train, the world’s first battery-powered passenger train.
Hitachi is also able to draw on the support of its battery partner – Hyperdrive Innovation. The company is creating and developing battery packs for mass production at Hyperdrive’s HYVE facility in Sunderland, the UK’s first independent battery pack manufacturing facility.

This trial also represents a continuation of Hitachi Rail’s decarbonisation strategy to
offer solutions for customers to help them reduce emissions around the world,
through the provision of alternative fuel trains and encouraging modal shift away
from cars and planes to trains.
More News
Hitachi Rail, Angel Trains and Trans Pennine Express have agreed in principle to retrofit an intercity ‘Nova 1’ bi-mode train with battery power to convert to a tri-mode train in order to carry out a trial of this clean technology on the Transpennine route in 2022.