The first passenger train to run on the island since January set off from Ryde St John's Road at 5.35, taking customers up to Ryde Pier Head before heading south to Shanklin. 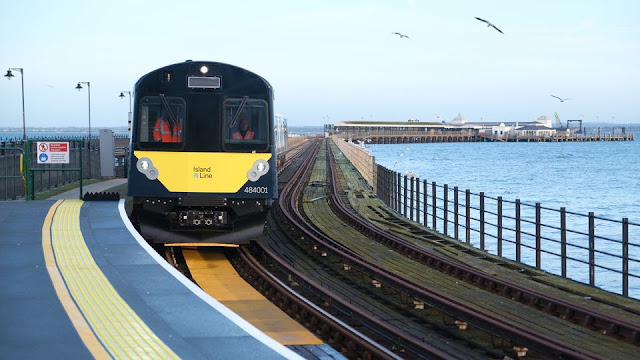 The new Vivarail Class 484 trains are now in operation following a £26 million transformation of the railway’s trains, stations and infrastructure, which included replacing old 1938 stock Tube trains which had served the island since 1989.


The new Class 484 fleet, which actually date back to the 1980s have been stripped and rebuilt and feature upgraded interiors, wheelchair spaces and free WiFi.

Trackwork has been upgraded, helping customers to enjoy a smoother ride and raised platforms set to improve accessibility.

“We are so excited to welcome our customers back onboard having completed the biggest upgrade to the Island Line in over 50 years.

“From new trains to improved stations, the long list of benefits that come with this upgrade will give a real boost to the Isle of Wight’s public transport infrastructure, connecting communities and making it easier for visitors to explore the Island.”

“I’m delighted that the new trains are finally now in operation, they have been a long time coming.

“When I was first elected as the Island’s MP in 2017 the future of Island Line was uncertain. Thanks to a team effort of local campaigners, members of the previous council administration, and myself, we persuaded government to underwrite this investment.

“I am grateful to South Western Railway and the government for listening to us and I am glad to see the upgrades finally come to fruition with this significant investment. 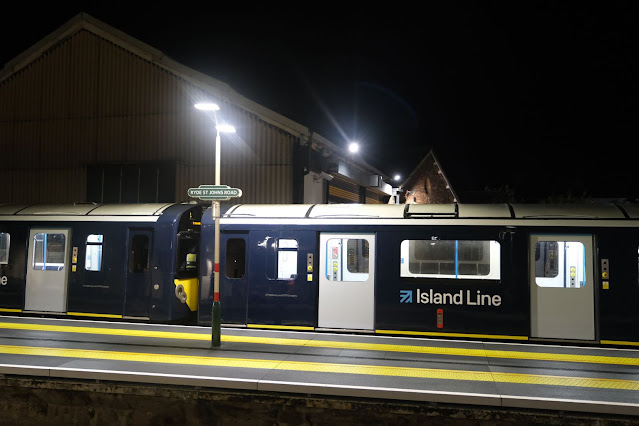 As well as the modern spacious trains, improvements include Free Wi-Fi at all stations on the island.

Customer Information Screens at Ryde Pierhead and Esplanade and a new screen at Shanklin by Christmas.

Longer trains during holiday periods and at peak times

Passenger information screens on all trains

Free Wi-Fi on board every train

Dedicated Wheelchair spaces and a call for aid button on each train.
Read our previous postings here, here & here