Gordon Frost, Operations Director of Stagecoach South said: “I’m delighted that we have chosen to dedicate two of our buses, designed in partnership with The Royal British Legion, to support the annual Poppy Appeal. 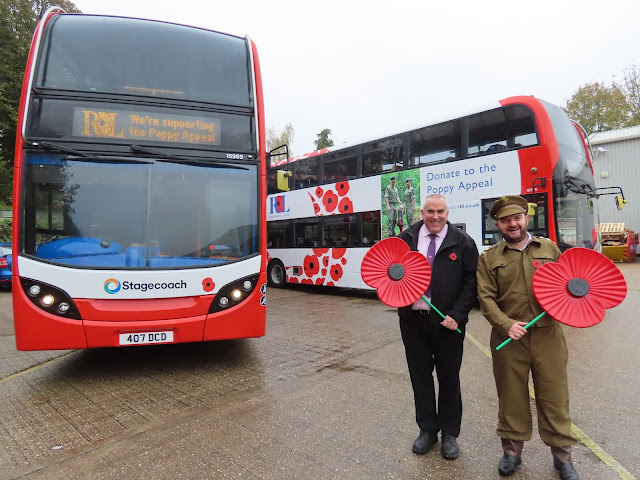 “Like many businesses, we employ a number of staff who are former service personnel, so we are extremely proud to unveil these poppy buses to help raise awareness to remember and support the armed forces community past and present.”

Of the two double decker buses, one has been based at Aldershot, home of the British Army and the other has been allocated to Portsmouth, home of the Royal Navy.

2021 marks 100 years since the Royal British Legion was founded to support members of the Royal Navy, British Army and Royal Air Force, as well as veterans and their families.

Gordon added “Our partnership with The Royal British Legion is incredibly important to us. Their work in supporting and caring for our veterans and serving personnel is unparalleled, and it is only right that we support them in this important endeavour. 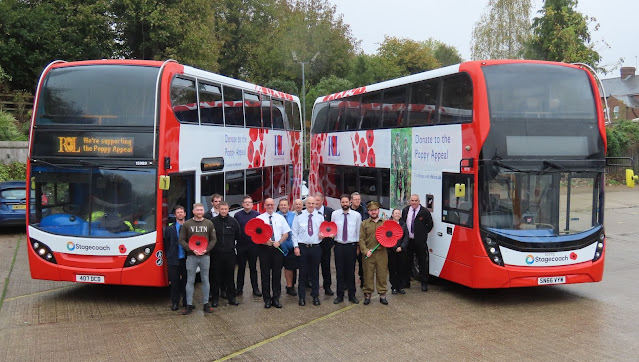 “For many years we’ve shown our support for our armed forces and veterans with various iterations of branded poppys applied to our buses, but this year we wanted to take things a step further to mark the centenary of the Royal British Legion and the Poppy Appeal. And so we have launched our dedicated poppy buses which will run all-year-round, promoting the the Appeal.

Claire Smith, Community Fundraiser for South Hampshire at the Royal British Legion said: “The Royal British Legion’s delighted to see these two ‘Poppy Buses’ in Hampshire, Surrey and West Sussex in the Royal British Legion’s Centenary year. Since the poppy was first worn as an act of remembrance 100 years ago, it has become a symbol of support for our armed forces past and present.
The Legion’s Poppy Appeal collectors are back out again this year, and we’re grateful to Stagecoach and their employees for helping us continue our vital work in supporting the armed forces community, because this year every poppy counts.”

In addition to the Poppy Buses, Stagecoach have also offered free bus travel to military personnel past and present on remembrance day, Thursday 11th November and also on Remembrance Sunday, 14th November 2021.

On either day, Armed Forces personnel in Uniform or proof of military ID and veterans (wearing medals or a Veterans badge) will be able to travel free on any Stagecoach Bus across Brighton, Hampshire, Surrey and West Sussex.