Vivarail Class 230 Has Crossed the Forth Bridge on 7.5 Mile Demonstration Trip From Glasgow

Network Rail and Vivarail have released stunning aerial shots of the first emission-free fully-electric train to cross the iconic Forth Bridge as the United Nations Climate Change Conference takes place in Glasgow.

The eyes of the world are on Scotland as world leaders gather to accelerate action towards the goals of the Paris Agreement and the UN Framework Convention on Climate Change.

As part of COP26, Network Rail is demonstrating its commitment to decarbonising Britain’s railway and supporting the UK and Scottish Governments’ net-zero goals with a showcase of two green technologies which are vital to rail’s part in tackling climate change.

British company Vivarail has designed and manufactured pure battery and battery hybrid trains, as well as innovative charging technology, and their next generation train is capable of achieving a range of up to 100km and recharges in only 10 minutes.

The flexibility of batteries mean this package can be used to repurpose good quality diesel units or added to other types of electric train so that they’re capable of travelling on parts of the network not yet electrified.

Vivarail has used its Class 230 trains to prove the concept. The battery traction and charging package can be used on other trains with a higher speed – opening up new swathes of the network. The Class 230 trains are ideal for branch lines and shuttle services that are not electrified. 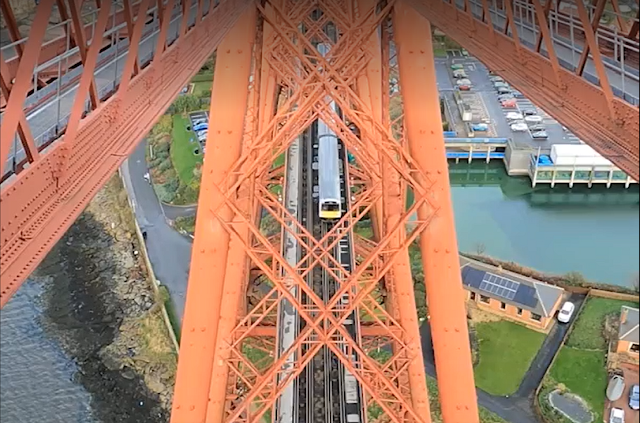 Although the battery train is limited to 96km/h it can complete the journey around five or six minutes faster than the DMU operating at a 120km/h maximum speed on journeys of around one hour.
This is due to the better performance of the battery train when accelerating, combined with the fact the train has four doors per coach meaning boarding and alighting is quicker.


Vivarail has used its 3 car Class 230 trains (which previously ran London’s District Line as the D78 stock) to prove the concept.
The battery traction and charging package can be used on other trains with a higher speed – opening up new swathes of the network. The Class 230 trains themselves are ideal for branch lines and shuttle services.
Battery technology has a wider application and Vivarail are demonstrating that on its daily showcase services throughout COP26.
click here to see the Network Rail Video