A fleet of brand new Yutong E12 electric buses will operate in Gwynedd next spring when the charging station is completed.

Transport for Wales are buying six electric buses to run on a new Traws Cymru-branded route from Blaenau Ffestiniog in a scheme costing £3.6m.

Plans for the charging station at Tanygrisiau have already been submitted to Gwynedd Council and are awaiting a decision by councillors.

The E12 vehicles, which emit no harmful emissions, will operate the new T22 service from Blaenau Ffestiniog to Porthmadog continuing to Caernarfon and will replace the existing 1R, 1E, 1S and 3B services.

There will be a two hourly service to Caernarfon and an hourly run to Porthmadog from Blaenau Ffestiniog from April 2022. 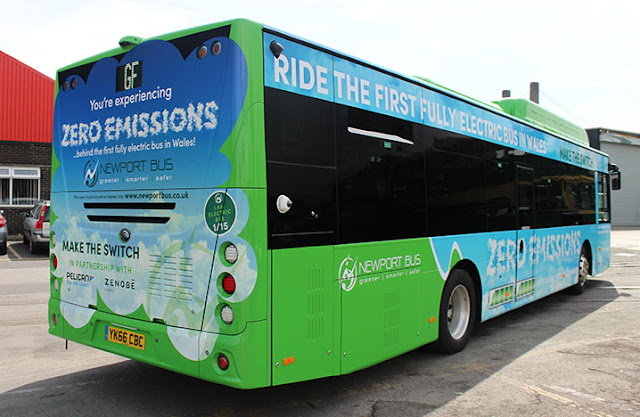 The T19 service from Blaenau Ffestiniog to Llandudno, which started earlier this year utilising a diesel powered bus, may also see the new vehicles utilised.

Gwynedd Council, with Transport for Wales support, has drawn up the plans for the depot.

In June, councillors postponed a decision on the new depot amid concern it would lead to a loss of community parking provision.

The site is currently used as an unofficial parking area by local residents and Ffestiniog Town Council urged the authority to consider alternative sites, arguing that the car park was used extensively.

Council officials hope work on the depot can start in January with the new vehicles arriving on site in March and the new service starting in April 2022.

The 12m Yutong E12 bus can seat 36 passengers and will offer mobile phone charging points and a tablet holder. It can carry two bikes or pushchairs and audio and visual announcements on board will be bilingual.

The E12 has been operating in Europe for over five years and in the UK since 2017. It shares the same driveline as all other Yutong electric buses sold in the UK as well as a further 100,000 Yutong electric buses worldwide.
It is available in either single or twin door configurations and is ideal for provincial bus operators or car park operators. It can be fitted with extensive luggage racking for airport use.

Fitted with 422kWh batteries, the vehicles are capable of daily operational range of over 300kms on a single charge subject to their specific operational conditions.