Stadler has set the record to be officially entered in the Guinness Book of World Records for a battery train journey in battery-only mode.
Travelling on the route from Berlin to Warnemünde in the company of independent technical consultants, the FLIRT Akku test train reached a range of exactly 224.00 kilometres (139 miles) at wintry temperatures around freezing point.

The three-car FLIRT Akku used for the record journey has been developed by Stadler since 2016 as a local CO2-neutral mobility solution for the climate-friendly operation of non electrified railway routes.
The vehicle was approved by the German Federal Railway Office and introduced to the public for the very first time in 2018. Since then the FLIRT Akku test train has travelled around 15,000 kilometres in battery-only operation, before setting the world record for a regional train journey in battery-only mode without charging.

"We designed and calculated the vehicle for an operational range of 80 kilometres, depending on the route requirements of the respective network. But on various journeys testing the technology, we were able to achieve significantly greater ranges, so that we even dared to attempt the world record at wintry temperatures.
The vehicle had already had to cope with various scenarios like making up for unplanned delays on the track or operating under extremely hot or cold weather conditions in the testing after all", explains Evelyn Thiel, Technical Project Leader for the FLIRT Akku at Stadler. 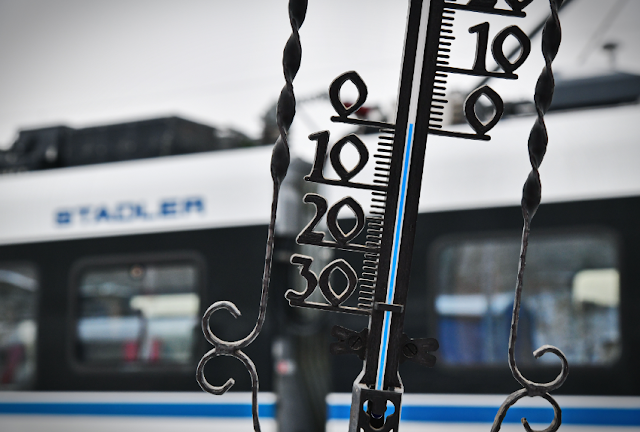 "We are very proud to be the official holder of the world record for travelling the longest route in battery-only mode with a regional train now – having reached this result under weather conditions which are anything but ideal for batteries.
Stadler has already worked in the area of battery technology for rail vehicles over 75 years. We consistently continued to pursue this approach for unusual technological solutions in the company, and developed a flexibly deployable train that also enables CO2-neutral mobility on so-called diesel routes with the FLIRT Akku.
As a market and technology leader in battery technologies for rail vehicles, the decision to undertake the record journey was a logical consequence", said Dr. Ansgar Brockmeyer, Executive Vice President Marketing & Sales and Deputy CEO of Stadler.

"We can confirm that the FLIRT Akku test carrier travelled exactly 224.00 kilometres in battery-only mode on the journey from Berlin-Gesundbrunnen to Warnemünde without charging its batteries from an overhead contact line or other external energy source", said Heiko Hüserich, TÜV Nord. 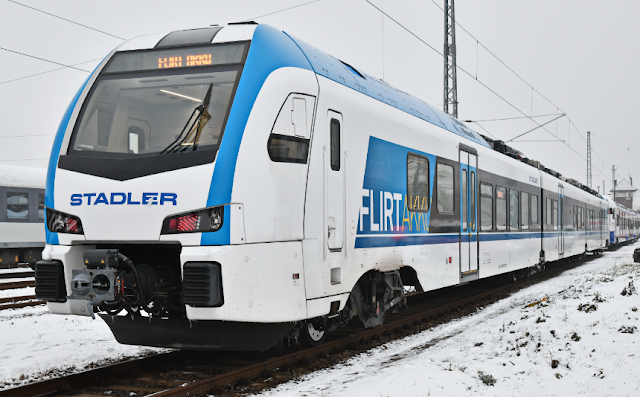 With the FLIRT Akku, Stadler has developed a so-called BEMU (battery-electric multiple unit) that will run as both a classic EMU (electric multiple unit) under overhead contact cable or battery-operated on unelectrified routes.
This makes it optimal for partly electrified routes that currently still need to be served with diesel trains. Stadler had already won the first green technology tender in Germany and sold 55 FLIRT Akkus to NAH.SH, the Schleswig-Holstein Local Transport Association in 2019. In November 2021, another order for 44 vehicles followed from Deutsche Bahn Regio.
In addition to which Stadler is also building the first hydrogen-powered FLIRT for the San Bernardino County Transportation Authority (SBCTA) in the USA.