Buses are playing a bigger part at the Beamish Museum in Co Durham.

With the opening of the 1950's town at the museum which includes a bus depot, the number of buses in operation is increasing and now an ex Darlington Roe bodied Daimler CVG5 304 VHN has been added to the fleet, joining the ex Rotherham CVG6 KET 220 a Weymann bodied vehicle 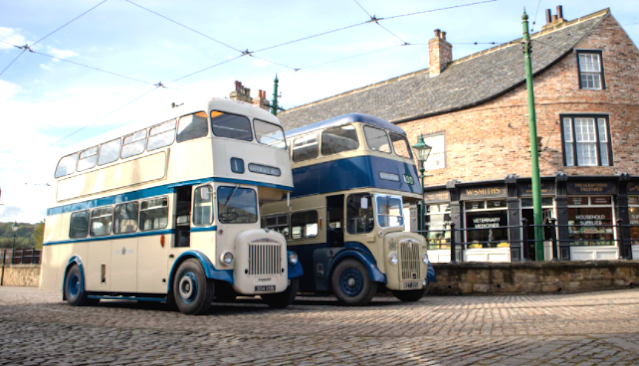 Darlington 304 underwent a period of maintenance work before being put into service. The bus, along with the addition of the bus depot, help to tell the rich and diverse story of transport in the region in the 1950s.

A 1933 Leyland Cub bus has also joined the fleet which has been subject to a seven year restoration. It has been specially adapted with a lift fitted at the rear, so Beamish visitors with access needs can be transported around the museum on a vintage bus. 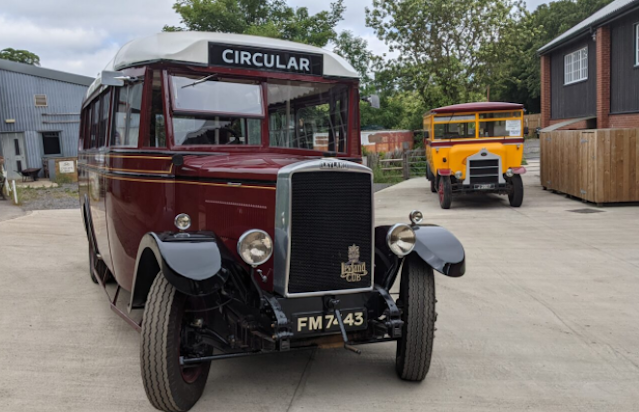 The bus will share this work with the existing Wheelchair Accessible Vehicle (WAV), and means this important service can continue when repairs to either vehicle are being carried out.

Paul Jarman, Assistant Director – Design, Transport and Industry, said: “The seven-year restoration of Crosville 716 has not been without its challenges, but the initial work carried out by Historic Vehicle Restoration and the concluding work by Gardiners Coach Repairs, has produced a tremendous result.

It is now, with some relief, the time to hand the bus over to the operating department for our visitors to enjoy and which will make our Wheelchair Accessible Vehicle operation more resilient – as for the first time since the first WAV bus was completed in 2007, we have a spare!" More about the vehicle here


The Bus Depot project has been supported by The National Lottery Heritage Fund, Go North East and The Reece Foundation, along with local, regional and national trusts and foundations, the Friends of Beamish and the Business Friends of Beamish.

A bus event is planned for 16th & 17th July 2022 which will welcome visiting buses. Details are being finalised.
Below are photographs showing buses that have visited Beamish this year. 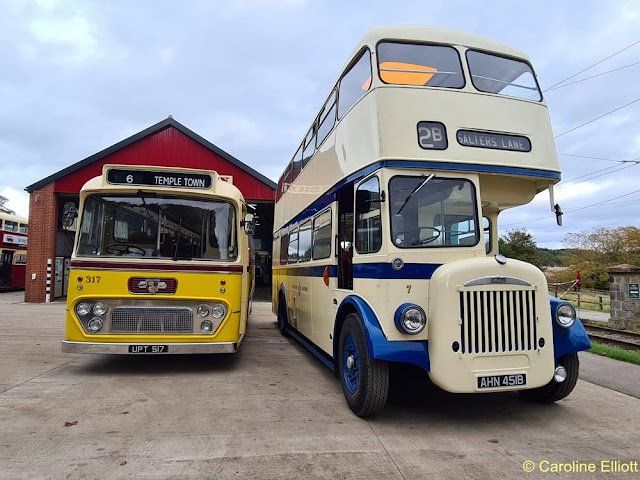 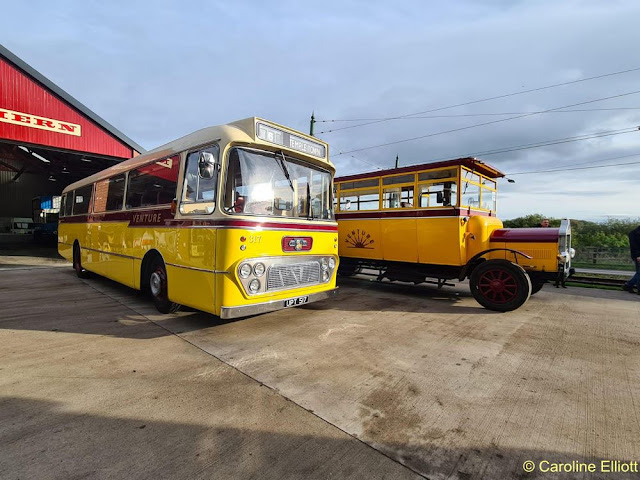 For more details about the July 2022 Beamish Bus Event keep checking the Beamish and NEBPG websites
....