Bennerley Viaduct is open to the public after 54 years of closure. The deckworks are now complete allowing the public to enjoy the magnificent views from the top of the structure.

It was built in 1877 but closed to rail traffic in 1968, as part of the Beeching cuts. It was sold to conservation group Railway Paths Ltd in 2001.

The re-opening of the viaduct is the realisation of a long held community vision to repurpose the viaduct as a walking and cycling trail. In January 2020 Bennerley Viaduct was added to the World Monuments Watch List. 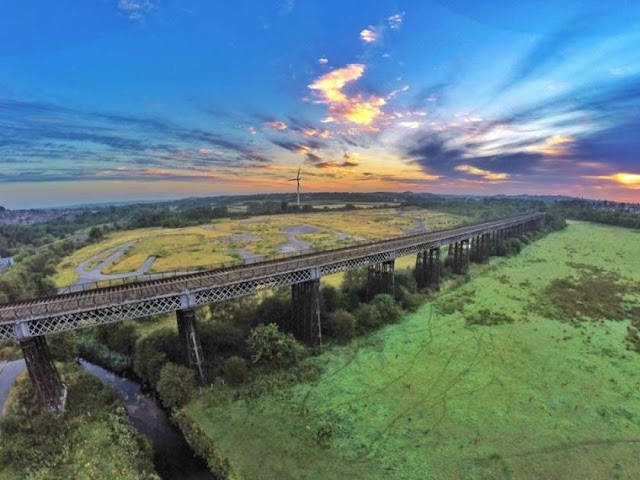 From the moment the viaduct closed in 1968, a wide range of community groups campaigned to save the structure from demolition by promoting an alternative use.
The re-opening of the Iron Giant is testimony to the way which groups have worked together. The viaduct’s owners, Railway Paths, the community, funders, councils and special interest groups all joined forces to achieve a common goal.
The Friends of Bennerley Viaduct website says "We thank the generosity of the funders who have supported the project and helped bring our long held vision to fruition. Special thanks go to Railway Paths who led the project.

Above all, the Friends of Bennerley Viaduct thank the local and wider community for giving its full backing for the project. Without that support, we would not be where we are today.

The viaduct is a living, working monument which celebrates the rich cultural heritage of the area. It is a source of local, national and international pride. Help the Friends of Bennerley Viaduct with our work to care for this magnificent structure for future generations to enjoy. You can help by becoming a “Friend” Click here for details.
See our previous Focus posting here 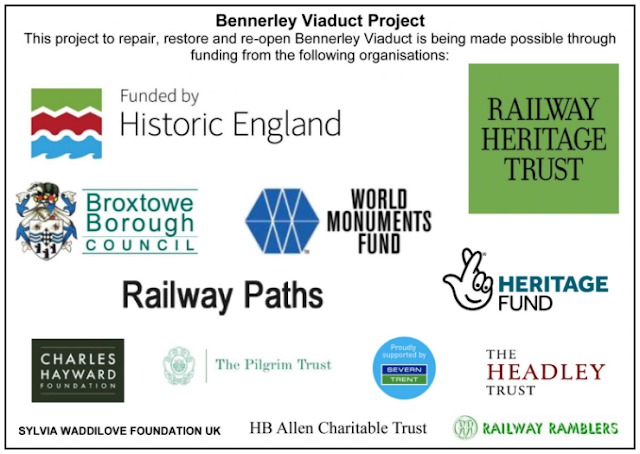 The 300 mile “Iron to Iron” bike challenge will connect the Meldon Viaduct in Devon with Bennerley Viaduct in Nottinghamshire / Derbyshire and will take in other iconic bridges including the Clifton Suspension Bridge, Severn Bridge, Ironbridge and Friargate Bridge.
The creation of the new heritage cycling route is a key strand in the FoBV’s cultural heritage programme which is supported by the World Monument Fund and American Express.
More Viaduct news here