A Day Out from Warwick Parkway by Ken Jones

A day out in March – Ken Jones

Ken Jones and Roger Burdett carried out another day trip in day light hours, having researched routes and prices. It started with an idea of travelling from Reading to Waterloo followed by Paddington and back to Reading plus additions such as class 345's, and the line to Bicester Village, and class 68 haulage.

We drove to Warwick Parkway and did the route shown below with a senior railcard for less than £40 per person. Costs were reduced by split ticketing on Cross Country outward even though we didn’t have to change train or seats.

We also built-in time to stop and take photographs, and this was needed as we were delayed outward between Banbury and Reading due to a broken-down train in front of us.

Oxford to Bicester Village and back – Chiltern class 168

The longest part of the day timewise was the Reading to Waterloo suburban service, but the surprise was that the train arrived at the former international station at Waterloo.

Although we could have gone direct from Paddington to Reading on a number of services, we wanted to go on a class 345 unit. In fact, we caught one to Hayes and Harlington, changed there to get some pictures and caught the next service.

Class 345 are the new Crossrail units, which is soon to be opened as the Elizabethan line and the purple line. Currently running between Reading and Paddington they will eventually run through to Shenfield, but note that the units have no toilets.

Besides freight trains to look out for, we also saw some 769 -9 units which are yet to enter service with GWR. They are converted 319 units. We were also lucky to get a GWR stopping service between Oxford and Banbury, and again there are not many of these per day, so our advice is to plan in advance if you want to take in something different.

Pictures – all by Ken Jones 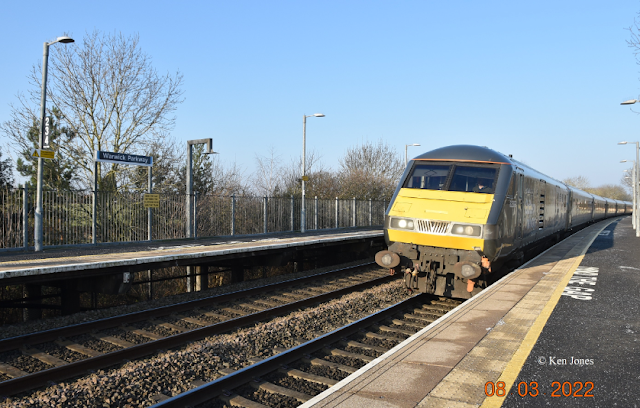 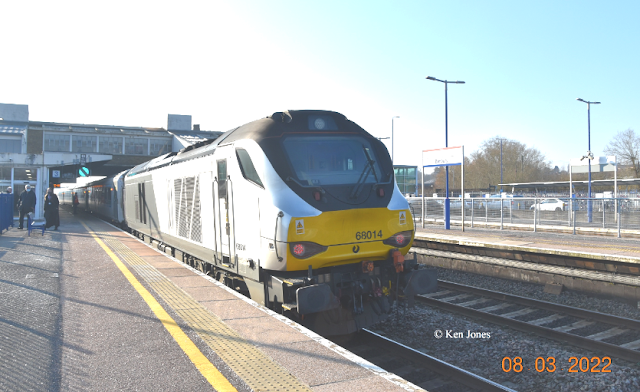 68014 is seen about to depart Banbury for Marylebone 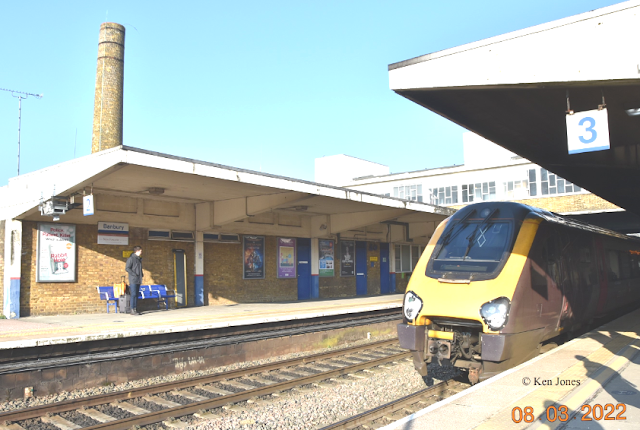 Cross Country service arriving at Banbury to take us to Reading 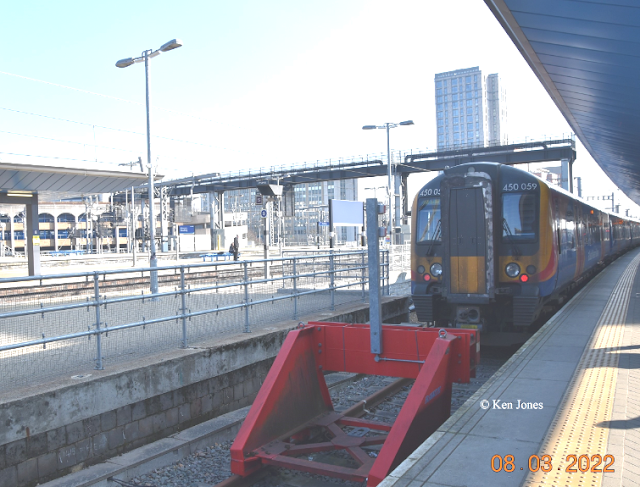 450 059 is seen at Reading waiting to depart for Waterloo 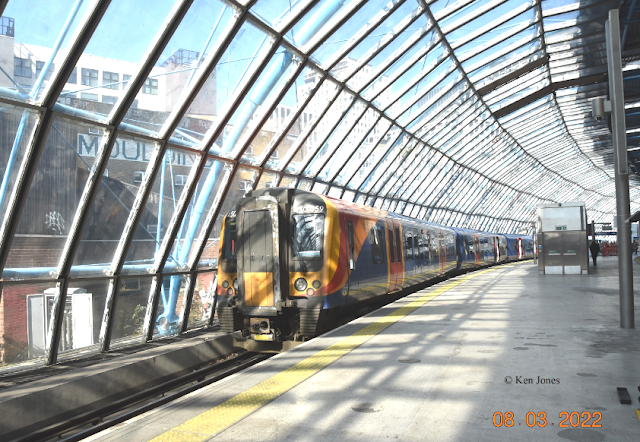 450 059 at platform 24 at Waterloo after arriving from Reading 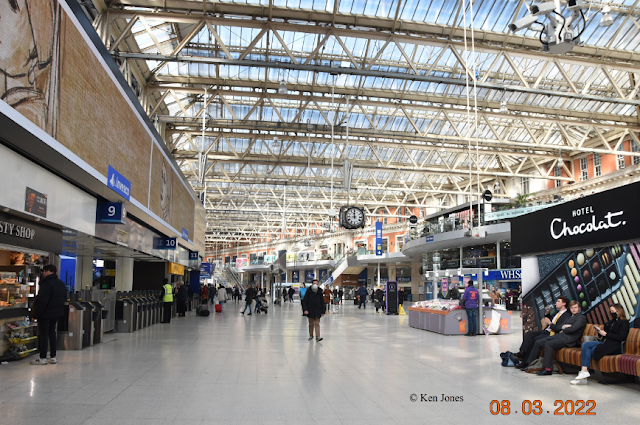 The concourse and clock at Waterloo station 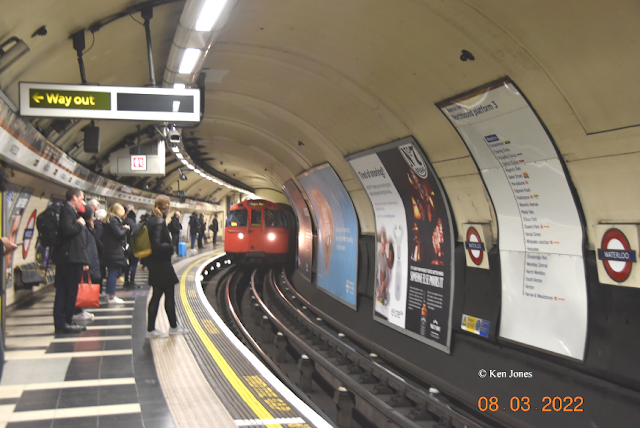 Bakerloo service arriving to take us to Paddington 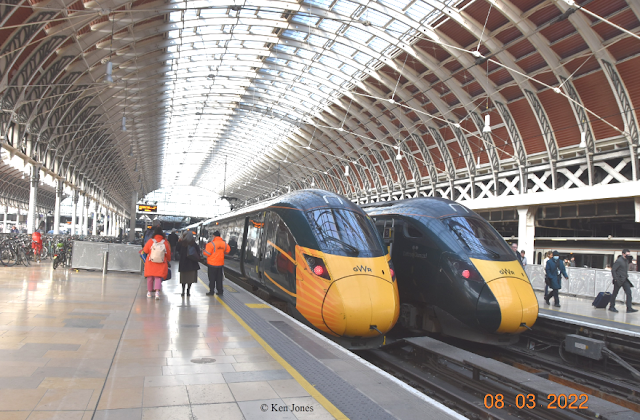 Class 800 units at Paddington, showing one with and one without a face mask 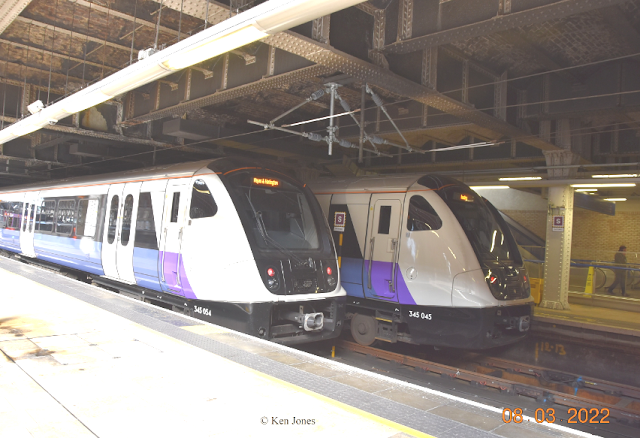 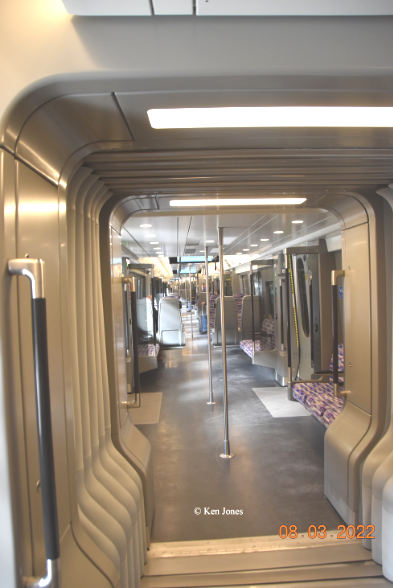 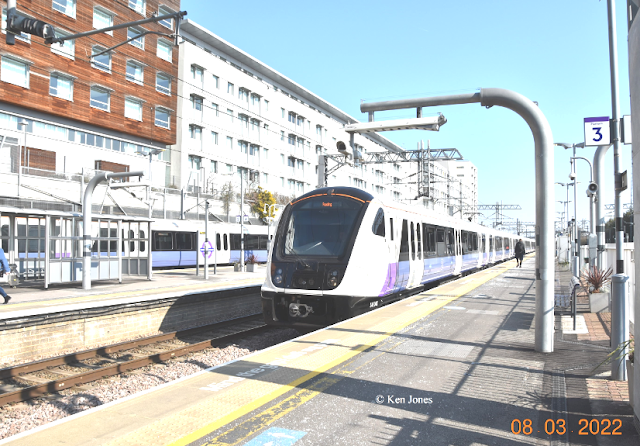 Class 345 units at Hayes and Harlington 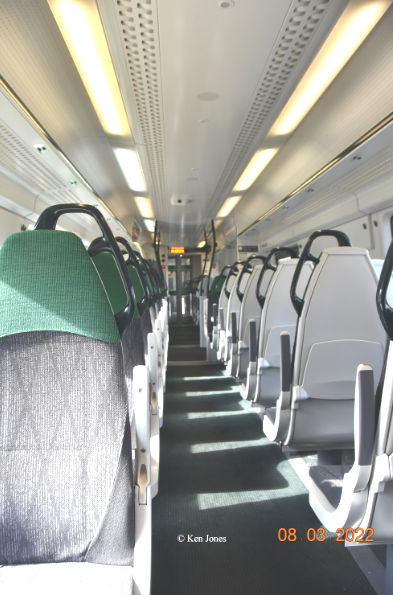 Interior of class 387. The green head covers are actually stitched into the seat 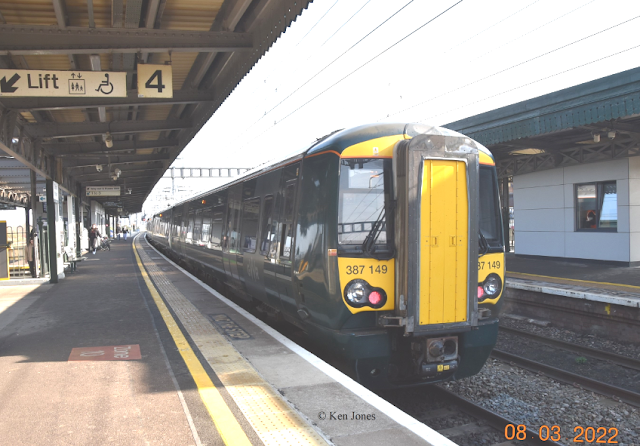 387 149 at Didcot Parkway after arriving from Reading 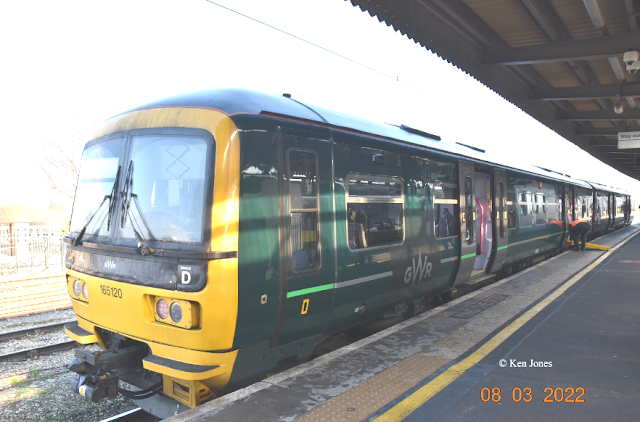 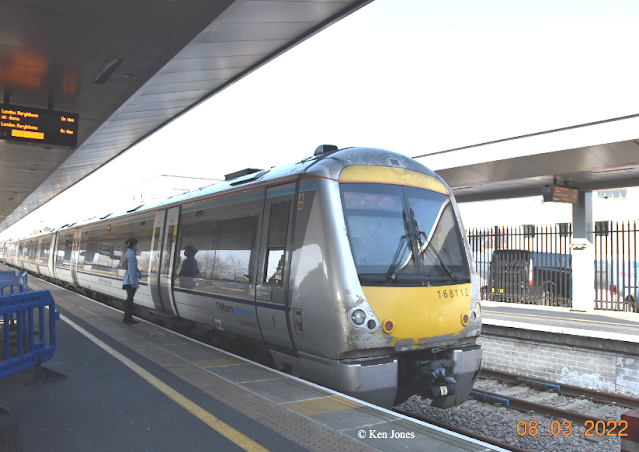 168 112 is our service to Bicester Village. It will then go on to Marylebone 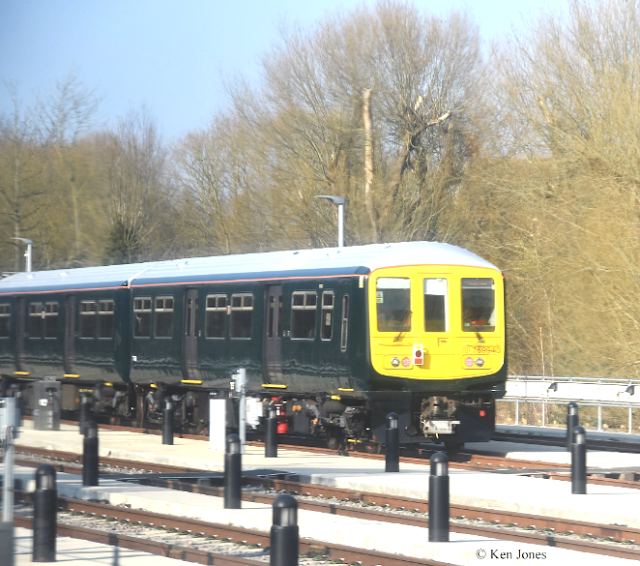 769 940 is one of two such units stabled outside Oxford 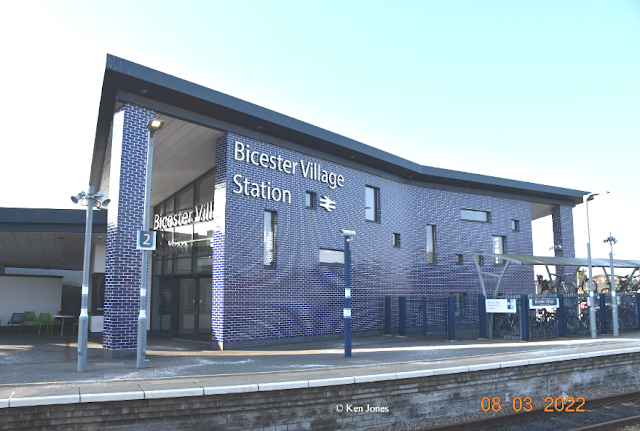 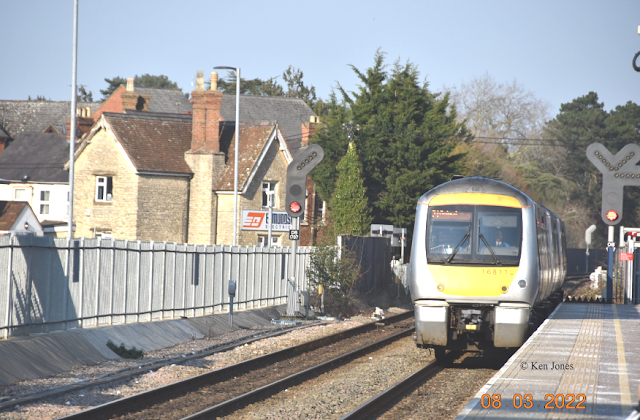 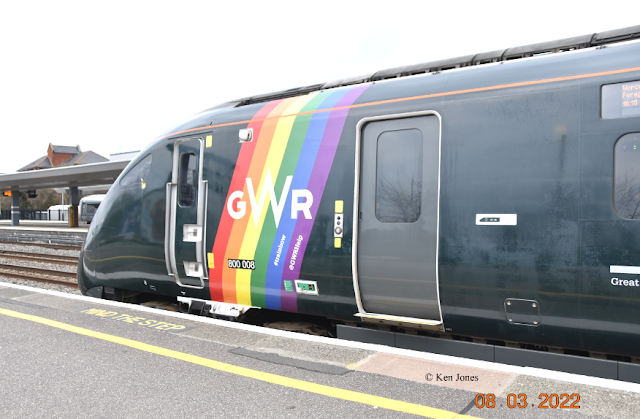 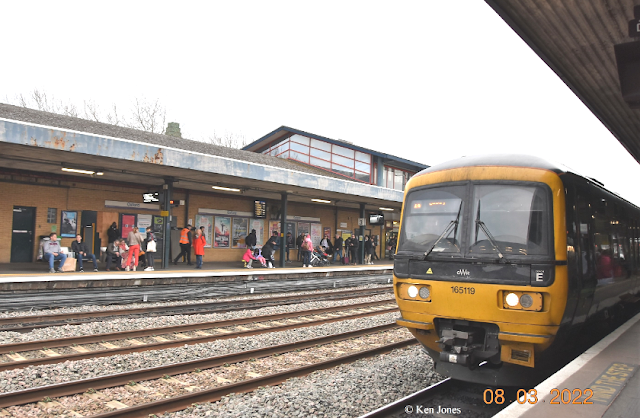 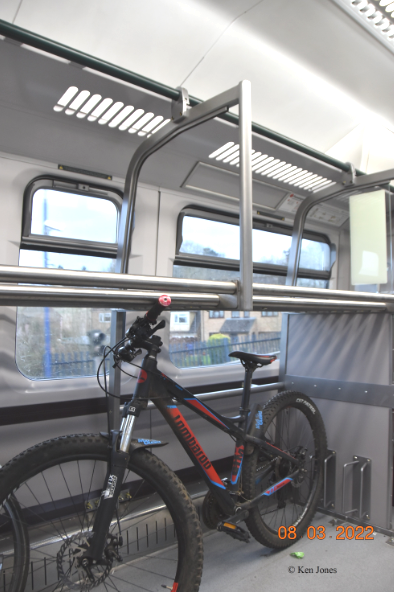 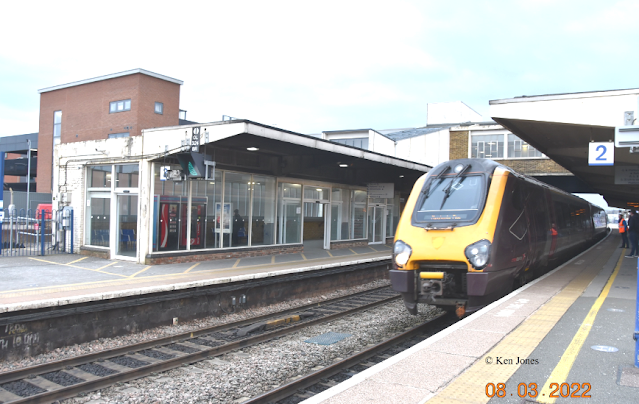 Cross Country service will take us to Leamington Spa 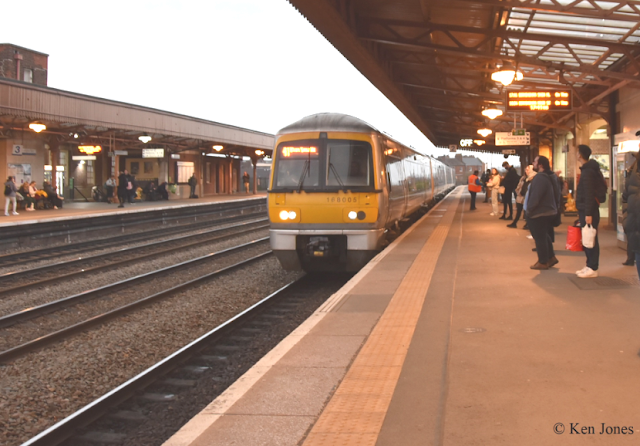