A New Chapter for Stagecoach by Roger French

Forget that proposed merger-come-takeover between Stagecoach and National Express. That was last week’s news. 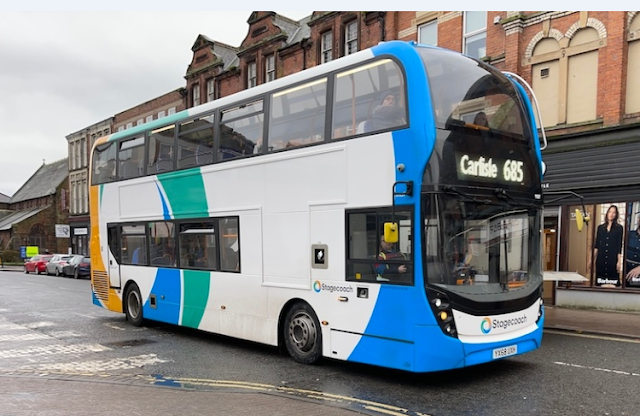 It turns out while those boardroom discussions had been going on including a deal with Comfort DelGro to offload Stagecoach’s share of Citylink as well as handing over Megabus and South West Falcon and the Competition and Markets Authority had begun its long drawn out investigation, interest was also being nurtured by Deutsche Bank on behalf of Stagecoach with another potential suitor (as opposed to Souter) which has now resulted in a new recommendation from the Stagecoach board to sell out to a company called Inframobility UK Bidco Limited which is indirectly owned by Pan-European Infrastructure III, SCSp (PEIF III) which in turn is an infrastructure fund managed and advised by DWS Infrastructure. That certainly all rolls off the tongue. Not.

It looks very much like National Express have been jilted at the altar. This new offer from the company with the never ending name is worth £595 million (“on a fully diluted basis”) whereas NatEx’s offer is said to have valued Stagecoach at £445 million. So you can see why the white coaches and a future HQ in the West Midlands has been spurned, even though there were already grand plans of who would be the new CEO and which senior directors in the new combined monolith would have divi’d up which office. I just hope the new desks and desk chairs hadn’t been ordered.

My expertise is certainly not in the world of big business corporate takeovers – I’ve no idea what that “fully diluted basis” means for example – I’m just a humble busman with a passion for public transport – so I’m probably not the best person to comment on this surprise development but I couldn’t help but take a look at any pertinent credentials and relevant background of this new owner for the much loved Stagecoach and see what could be in store for one of Britain’s largest and, previously, innovative bus companies. I appreciate nothing stands still, and change is inevitable, but I have to say the implications of what is now happening in the bus industry fills me with concern.

I can’t help thinking the reason an ‘infrastructure fund’ is willing to pay £150 million over how much a public transport PLC valued Stagecoach is for reasons aside from the infamous route 555 and its like being great bus routes it was desperate to get its hands on. 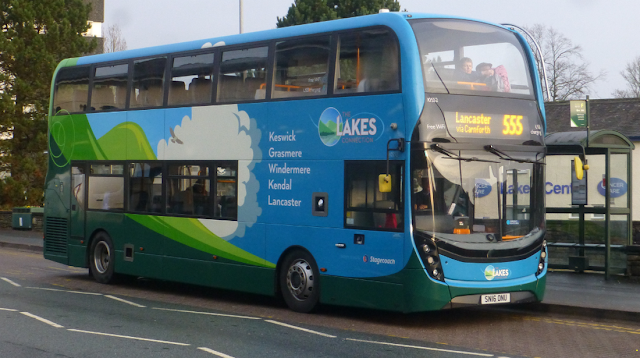 Previous priorities focusing on attention to detail on how buses perform, operate and are presented for passengers day in and day out are in danger of being subsumed by an increasing emphasis given to how much ‘value’ there is in the ‘infrastructure’ along with an insatiable obsession with corporate management speak and jargoneese which is as far removed from the bus passenger experience as Kent is from Kirkwall.

All the more so as more senior directors are being brought in to run bus companies only to then appoint their buddies from previous employers outside the industry who have absolutely no experience of running buses leaving long serving and hugely capable managers with valued experience and expertise missing out on career development and potential. How to murder middle management morale in one easy lesson.

So what can we look forward to for buses on Orkney, in the north, east and west of Scotland, the North East and Teesside, Lake District, Merseyside and Manchester, South Yorkshire and East Midlands, Midlands and Oxfordshire, the south east and south, west and south west if, as seems likely shareholders agree to this latest recommended deal?

Never heard of Corelink? Nor me. It’s “a rolling stock lessor established by a joint venture of funds managed by Deutsche Asset Management and Infracapital”. Not so long ago it agreed to purchase £681m of rolling stock for use on the West Midlands rail franchise. Yorkshire Water supplies water to Yorkshire surprisingly enough and Peel Ports runs ports on the Clyde, Manchester Ship Canal, London Medway, in Liverpool, Heysham, Great Yarmouth and Dublin. I’m not sure that’s going to do much to reassure bus passengers on route 555.

What looks a bit more pertinent is DWS Infrastructure has also invested in Hansea, a leading Belgian public bus operator, “where DWS Infrastructure is supporting the acceleration of its growth strategy and has engaged with the relevant passenger transport authorities to agree a roadmap for the replacement of the company’s bus fleet with low or zero emission vehicles”. That experience might come in handy. But it’s a bit of a minnow by Stagecoach standards with a fleet of 810 buses. However, it is “the largest independent private bus company in Belgium” and “providing urban and regional connections on behalf of the public transport companies De Lijn and TEC”.

Perhaps the most significant snippet from the blurb about DWS Infrastructure is…… “DWS Infrastructure has a strong conviction about the UK bus market opportunity on the back of the introduction of Enhanced Partnerships and potential Franchising arrangements expected to drive increases in bus patronage and improvements in the quality of the service of the network” ….. noting reference to “strong conviction” … “opportunity” …. “and potential franchising arrangements”.

The use of that F word is certainly an interesting development. A new chapter for Stagecoach indeed, and in perfect timing coming yesterday on a day when the High Court dismissed the Group’s claim in a Judicial Review of Greater Manchester’s plans for franchising.

It’ll now be full steam ahead for London style bus frequency cuts, fare increases and ending of integrated Travelcard type tickets for Mancunians, but at least the buses will all be painted the same colour. So that’s all good.

Those halcyon days when Sir Brian Souter’s charismatic entrepreneurial innovative flair drove the Group forward for so many years are now well and truly over. We won’t see the likes of that style of management again and the industry is the poorer for that. With Sir Brian at the helm a bid offer from the likes of DWS Infrastructure would have been aggressively fought off. Can you imagine Stagecoach of old succumbing to such a hostile bid? Now it’s welcomed with open arms.

There’ll be a vacancy for a new CEO with Martin Griffiths already earmarked for retirement under the previous NatEx plan. It goes without saying it’ll be someone with no experience of the passenger transport industry. These days such expertise seems to be regarded as an impediment.

Now it’s all about “Town Hall meetings” and “C-suite” – two of the latest management speak claptrap trends aka in old times ‘staff meetings’ and how many people with the word ‘Chief’ in their job title there are. Nothing to do with buses, so beware of those who use such rubbish terms. I reckon they’re cover for a complete lack of knowledge in what to them is an alien industry.

But to many of us it’s a very special industry with unique characteristics of high profile public service, staff motivation and entrepreneurship that makes it so endearing. No matter what the press release might espouse, that won’t be the case to the Board of Directors of an infrastructure company no one had previously even heard of.

And as for the jilted National Express …. how about a merger-come-takeover with Go-Ahead? That wouldn’t come as a surprise at all, not least with an announcement on the future of the GTR rail contract (it expires at the end of the month) expected any day now.