The Urbino 12 hydrogen bus has been demonstrated in a number of cities, including Budapest, Frankfurt, Hamburg, Konin, Madrid, Paris and Vienna.

The technologically advanced vehicle has now travelled to the city of Jaworzno and will start trials lasting four weeks. Local transport operator PKM Jaworzno has been setting standards in the successful implementation of e-mobility for many years and now the operator wants to gain experience in the deployment of hydrogen and what it has to offer in urban transport. 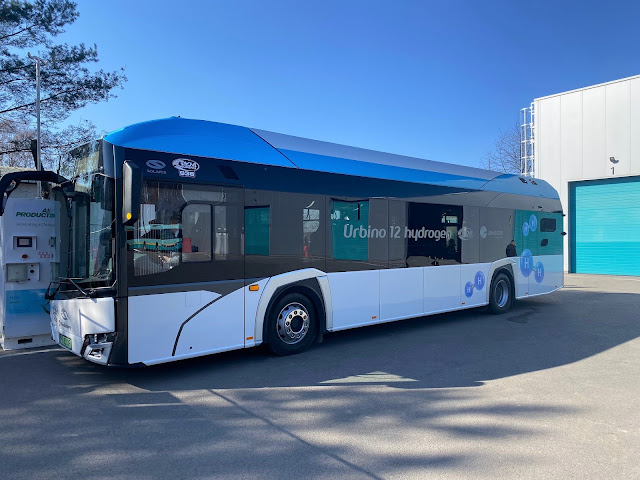 The bus is to be put in service by PKM Jaworzno on the most commonly used routes in Jaworzno, connecting the largest residential districts of the city. It will operate 7 days a week, all day long, mostly on bus routes 303 and 307. This will provide numerous opportunities for passengers to travel on this unique vehicle and to learn more about hydrogen technology. Hydrogen refilling will take place at a mobile station run by industrial company AirProducts.

"Jaworzno was a trailblazer when it comes to fleet electrification in Poland and even by European standards. Now, it has a chance to become a leader in hydrogen technology, another advanced technology for the zero-emission transport of the future.
I believe that today nobody doubts any more that in the modern world hydrogen is one of the key pillars in public transport’s transformation,” said Petros Spinaris, member of the Management Board of Solaris Bus & Coach sp. z o.o. for Sales, Marketing and After Sales. 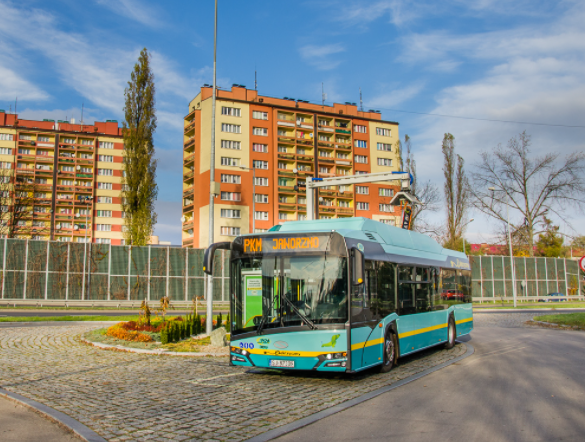 “It is very important to us that Jaworzno be perceived as a place that supports new technologies and is open to investors and new residents. Efficient public transport is a pivotal aspect when it comes to the functioning of the urban organism. According to regularly conducted public opinion surveys, local residents appreciate the high quality of our transport services. Over 80 percent of the city’s inhabitants use public transport and 88 percent approve of the introduction and development of the local electric vehicle fleet,” says Paweł Silbert, mayor of Jaworzno.

“Our company’s first e-bus is already 7 years old. We constantly need to remember to renew our vehicle fleet and are looking for the most efficient technologies in this regard. We hope that the experience gathered during the trials will enable us to successfully apply for external funding for further fleet modernisation. In the near future, we will be the first to announce a date as of which a large city, like Jaworzno, will no longer be served by diesel buses,” notes Zbigniew Nosal, CEO of PKM Jaworzno.

The basic equipment featured on the hydrogen-powered Urbino buses includes ultra-modern packs of 70 kW fuel cells and five composite tanks for hydrogen storage, with a total capacity of 1560 l, placed on the bus roof, as well as two e-motors of 125 kW each. Hydrogen stored in gaseous form in tanks is directed to a fuel cell where electricity is produced as a result of a reaction whereby hydrogen combines with oxygen. This electricity is then transferred to the driveline. Due to the technology applied, the bus is capable of covering 350 km on a single refill, and the sole by-products generated during the process are heat and steam.

Solaris Bus & Coach and Operator PKM Jaworzno have had a business relationship for 21 years now. So far, over 80 Urbino buses sporting the operator’s distinctive colours have been plying the streets of the city, of which over half are zero-emission electric vehicles. In 2022, the company will be operating an impressive fleet 50 e-buses. 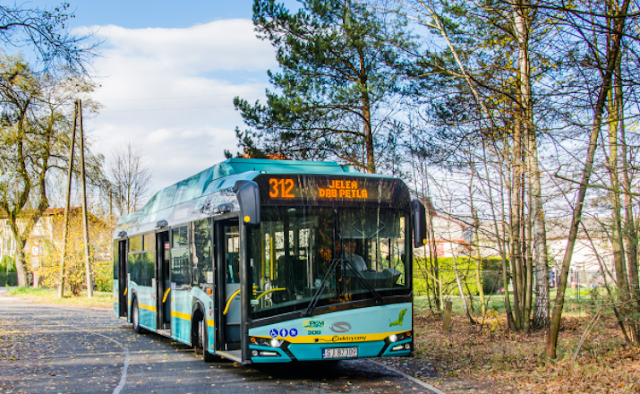 Electric buses in Jaworzno travel up to 100,000 km yearly and provides passenger transport services of up to 400 km daily. What is more, vehicles of this type have already covered over 11 million kilometres in total, having proved that with suitable traction battery capacities, and an appropriate number of charging stations, an e-bus may successfully replace a diesel bus in service.

Now, Jaworzno will be able to gain invaluable experience regarding the use of this advanced technology. The test’s aim is to determine real-world hydrogen consumption during intensive operation of the bus with passengers on board, as well as to estimate the necessary frequency and time of refuelling. The vehicle’s behaviour in low temperatures will also be tested. The trials will show if this technology can be applied in future as the next step in the development of completely green public transport. 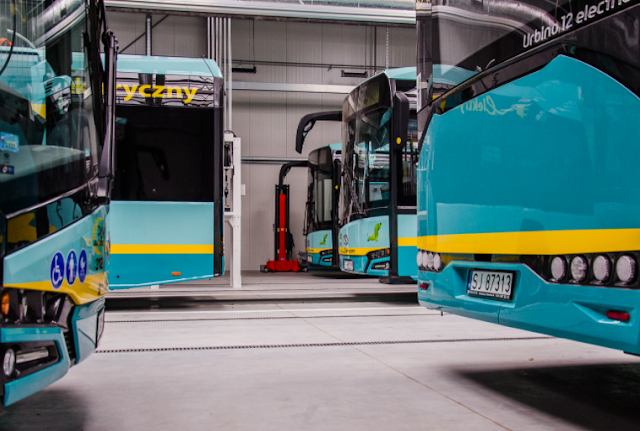 The use of hydrogen in transport provides a real opportunity to reduce emissions generated by the public transport sector. This chance has already been grasped by Solaris clients from Austria, the Czech Republic, France, the Netherlands, Germany, Poland, Sweden and Italy. These countries already have, or will soon receive, their own Urbino 12 hydrogen buses. Many of these procurement decisions were preceded by tests. The bus has been demonstrated and put on trial in, among other cities, Budapest, Frankfurt, Hamburg, Konin, Madrid, Paris and Vienna.