The restoration of the oldest surviving ‘Black Five’ and the complete reconstruction of a pioneering 1920s railcar are among finalists for the biggest awards event in heritage rail. 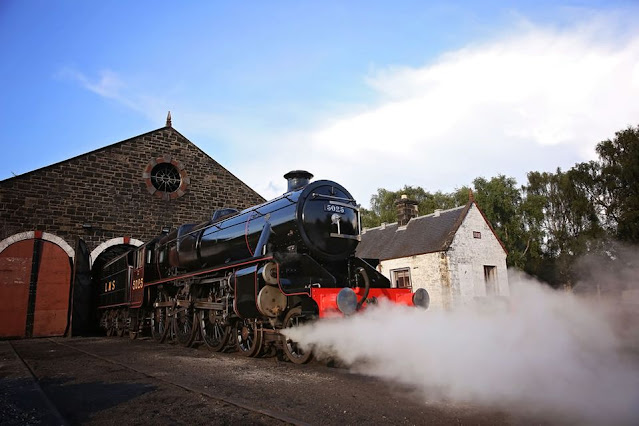 The full shortlist for the Heritage Railway Association 2022 Annual Awards, proudly sponsored by Hallett Oils, has been revealed. The awards saw a record-breaking number of entries with more than 75 submissions covering almost every element of railway preservation in the UK.

Heritage Railway Association Chief Executive, Steve Oates, said: “The sheer volume of entries for the Heritage Railway Association Awards this year is testament to just how strongly the sector is emerging from the coronavirus pandemic. To see the largest ever number of entries so soon after most railways were forced to close during the height of Covid-19 is simply stunning.

“The judges had an enormous challenge this year and I’m sure that they would have shortlisted almost every entry if they could.

“Now that we can return to holding a full awards event for the first time in two-years, I’m sure we’re going to have a great evening. I can’t think of a better way to celebrate the achievements of heritage rail.”

The Heritage Railway Association Annual Awards shine a spotlight onto achievements from all parts of the sector. With ten categories recognising everything from locomotive restoration to the contribution of young volunteers to successful communications projects, all heritage railways and organisations, big or small, can enter.

For the first time the event is sponsored by Hallett Oils. Originally founded by industry-renowned chemist and entrepreneur Richard Hallett, the Hallett name has become recognisable the world over with specialists, industrialists and hobbyists alike, and is considered the authority in steam lubrication. In 2019, Aztec Oils acquired the prestigious Hallett Steam Oils brand and are proud to continue its legacy by forever maintaining the standards and quality of Hallett’s original formulations. Hallett Oils are now stocked and sold around the world, powering steam engines as far afield as New Zealand and Australia.

The awards shortlist includes nominations from all four nations of the UK and cover a variety of railways and tramways large, medium and small.

The Strathspey Railway’s restoration of London Midland and Scottish Railway ‘Black Five’ No. 5025, the Mid Suffolk Light Railway’s transformation of a 2ft gauge Ruston diesel and the Watercress Whickham project on the Mid Hants Railway are all going head-to-head for the Coiley Locomotive Engineering Award. The award is sponsored by Morris Lubricants.

The Morgan Award for Preservation will be fought out by The Kent and East Sussex Railway for the overhaul of its Woolwich carriage, the Great Central Railway-based ‘Quorn Wagon and Wagon’ group for the completion of their 17-vehicle box van train and the Ravenglass and Eskdale Railway’s Pullman camping coaches’ restoration.
In the HRA Award for Diesel Locomotion the Isle of Wight Steam Railway’s transformation of pioneering 1920s Drewry railcar No. 2 is competing with the East Anglian Railway Museum’s restoration of 1950s Waggon & Maschinenbau railbus.
Also in that category is the Mid Suffolk Light Railway’s 2ft gauge Ruston restoration and the Irish Traction Group for their diesel preservation in Ireland.

In a very positive development for the heritage railway sector, no fewer than 11 nominations were received for the Lord Faulkner Young Volunteers Award. The judges felt that it would be unfair to shortlist only three and therefore all 11 have made it to the shortlist in recognition of their efforts. They are:

The HRA Award for Communications, sponsored by Wrigleys Solicitors, saw so many entries this year that it has been split into categories for internal and external communication work.


In the external category the East Lancashire Railway has been shortlisted for its digital work, the North Yorkshire Moors Railway for the ‘Love your Railway’ campaign and The Central Tramway Company of Scarborough for its illustrated guide to funicular railways.
The Isle of Wight Steam has been shortlisted for the 50th anniversary special edition of its magazine Island Rail News, the Great Central Railway for their Quorn Transport Films and the Talyllyn Railway completes the shortlist in the category for the Awdry Extravaganza event it held.

In the internal category, the West Somerset Railway Association, Halesworth to Southwold Narrow Gauge Railway and Friends of Vintage Trains were each shortlisted for their members newsletters and magazines.

A new category for the 2022 event is the HRA Award for Environmental Innovation, which is sponsored by Direct Track Solutions. Three railways have been shortlisted for their environmental work. The Bure Valley Railway made the final cut for its work on sustainable steam, the Talyllyn Railway was shortlisted for its efforts in working towards ‘net zero’ carbon emissions, alongside the Kent & East Sussex Railway for its introduction of green diesel fuels.
Three organisations are also shortlisted in the Most Innovative Fundraising Idea category, sponsored by Hallett Oils. They are The Class 502 Preservation Trust for its work in celebrating the 50th anniversary of Merseyrail, the Downs Light Railway for the work of two young volunteers in securing major funding, and the Bluebell Railway for its appeal to restore Horsted Keynes station.

Some of the most hotly contested categories are those for groups. This year both group categories are sponsored by Allelys Heavy Haulage. The HRA Award for Small Groups sees four make the shortlist. The Bahamas Locomotive Society, Cholsey and Wallingford Railway, Georail Heritage Volunteer Group and Volks Electric Railway are all in the running for the prestigious award.

The large groups category is even more hotly contested. This year the Railway Preservation Society of Ireland, Bodmin and Wenford Railway, Nene Valley Railway, Gloucestershire Warwickshire Steam Railway, and the Great Western Society have all reached the shortlist in the HRA Award for Large Groups. 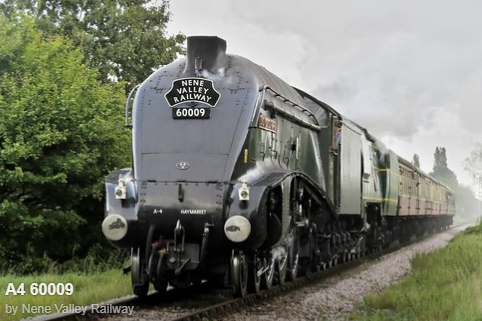 The HRA Award for Outstanding Visitor Attraction is one of the toughest categories of all, with shortlisted entries expected to demonstrate the quality of their whole visitor experience. This year Bure Valley Railway, Seaton Tramway, the Tramway Museum Society’s Crich Tramway Village and the Isle of Wight Steam Railway. This category is also sponsored by Hallett Oils

Two further awards will also be presented at the same time. The HRA Chairman’s Special Award is given to a project that has shown exceptional merit, which the awards Panel believes is outside the remit of the other Awards.

This year it is being awarded to Railway Vehicle Preservations Ltd for the rebuild of London and North Eastern Railway ‘beavertail’ observation saloon back to its 1937 condition.
The Manisty Award for Excellence is the HRA’s most prestigious award and is only presented on an occasional basis for an exceptional and outstanding contribution to railway preservation. This year it is to be presented to the Talyllyn Railway for 70 years of pioneering excellence.

The winners of all categories will be revealed at a black-tie awards evening at the Burlington Hotel in Birmingham on Saturday, 19 March 2022. The event will be hosted by TV historian and railway enthusiast Tim Dunn alongside Ffestiniog and Welsh Highland Railways General Manager Paul Lewin. Tickets for the evening are available now.