Network Rail has donated a kilometre of track and sleepers, plus five sets of points and four stop blocks to Devon-based Plym Valley Railway, supporting the volunteer-led local attraction and enabling the preservation of this heritage railway line.

The equipment, which was no longer used by Network Rail, was removed from Lostwithiel yard in Cornwall and offered to Plym Valley, a heritage railway that operates on what was previously known as the Launceston branch line, which opened in 1859 and linked Plymouth with Tavistock. 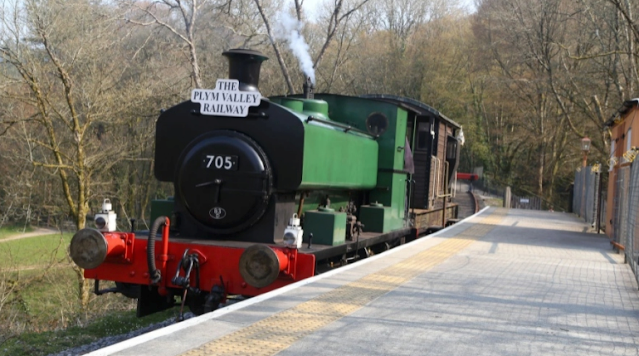 While the branch line was closed in the 1960s, a group of local rail enthusiasts set out to restore the line in 1982, with the first section from Marsh Mills to Lee Moor crossing opening as a heritage railway and local attraction in 2008.

The donation of the track and rail equipment means that Plym Valley Railway will be able to replace parts of their existing infrastructure, which was constructed in the 1980s, providing more space at Marsh Mills yard and sidings and enabling the heritage railway to obtain and preserve further historical railway items in the future.

Alexander Maltby, Network Rail Devon and Cornwall sponsor, said: “With support from our colleagues working in maintenance, I’m really pleased that we’ve been able to donate disused track and other components to such a worthy cause.
“It has been an absolute pleasure supporting the Plym Valley Railway’s longevity and I cannot wait to see what they have done with our donation.”

“As a wholly voluntary organisation, the railway relies on donations to be able to invest in the railway and the assets received from Network Rail will ensure the longevity of Marsh Mills yard and our future operations.

“We hope we can work with Network Rail in future.” 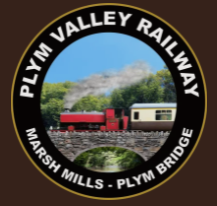 Plym Valley Railway is one of 445 heritage organisations across the country set to receive a lifesaving financial boost from the government thanks to the £1.57 billion Culture Recovery Fund to help them through the coronavirus pandemic.
445 organisations will share £103 million, including Plym Valley Railway to help restart vital reconstruction work and maintenance on cherished heritage sites, keeping venues open and supporting those working in the sector.

The Plym Valley Railway has been awarded £27,900 which will go towards expanding operations, extending workspaces to enable more adequate social distancing and improving public facilities.

The Plym Valley Railway was founded in 1980 with an aim of restoring part of the ex-Great Western branch line from Plymouth to Tavistock that was closed in 1962. The first milestone, Marsh Mills to World’s End, was complete in September 2001. The second milestone, Marsh Mills to Lee Moor Crossing was opened in May 2008 which allowed passengers to ride 3/4 mile of track along the Plym Valley.

On December 30th 2012 Plym Bridge Platform was opened to the public. This marked 50 years and a day since the line was closed, and also the completion of the laying of 1.5 miles of track. On selected days train services run from from Marsh Mills to Plym Bridge.

Marsh Mills is a heritage railway centre where steam and diesel locomotives are restored, together with carriages, wagons and other historic railway artefacts to recreate the atmosphere of a bygone age.