A unique partnership has been launched bringing together Leicester City Council and all local bus operators in the city to focus on meeting the city’s current and future travel needs.

The Leicester Buses Partnership, the first of its kind for Leicester, sets out a detailed eight-year plan, including a three-year programme of fully-funded transport improvement projects. They include the electrification of key bus routes, new bus lanes, coordinated timetables and significantly improved passenger information, ticketing and waiting facilities. 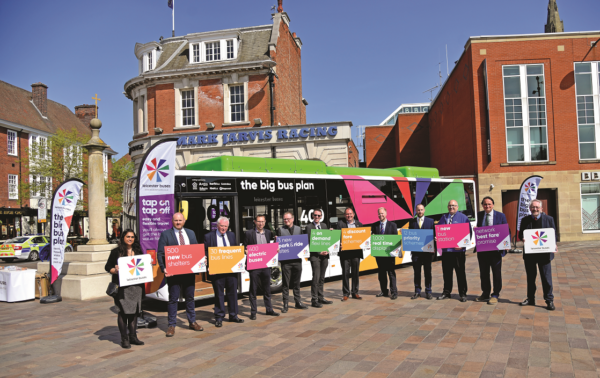 The new partnership was launched on Thursday April 21, in Jubilee Square, with new ‘Leicester Buses’ branded electric buses, complementing the partnership brand which already appears on bus stops and vehicles across the city.
It also sees the launch of one of the first Leicester Buses Partnership projects – its innovative “Tap On Tap Off” digital fare system, which automatically enables passengers to get the best fare for the journey they have made, even if they’ve used more than one operator. The scheme is flexible, easy to use and speeds up payment for travel.

Arriva, First Bus, Centrebus, Kinchbus, Stagecoach and Roberts Travel Group have agreed to work alongside the council over the next eight years with the aim of transforming the bus network with the aim of making it fully electric, frequent, reliable, easy to use and good value. 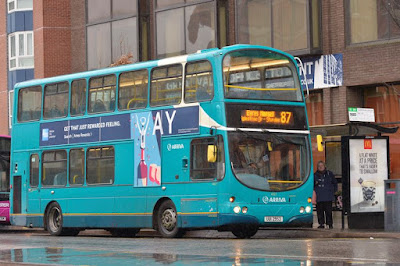 The partnership will focus on investing in electric or zero-emission buses, measures to beat congestion, offering better value tickets and providing better facilities for bus travellers.

Commitments due to be delivered over the next 18 months include:
A third of the city’s bus network – around 130 vehicles – to be electric by 2024
Six significant bus priority schemes covering a fifth of the main bus routes
Two additional park and ride sites
New ticket discount schemes
‘Tap and Cap’ technology across the main operators, creating the first area outside London operating a ‘best fare’ guarantee for journeys involving more than one operator
650 new real-time displays
500 new bus shelters, including the country’s largest collection of ‘living roof’ shelters to help local biodiversity
The UK’s first net-zero bus station at St Margaret’s

Leicester deputy city mayor for transport and the environment, Cllr Adam Clarke, said: “This is something we have been wanting to do for many years – to bring together all the main local bus operators under one banner and work with them to meet the city’s present and future transport needs.

“Since the mid-1980s when the Government deregulated public transport, councils have had little control or input into commercially-run local bus services. 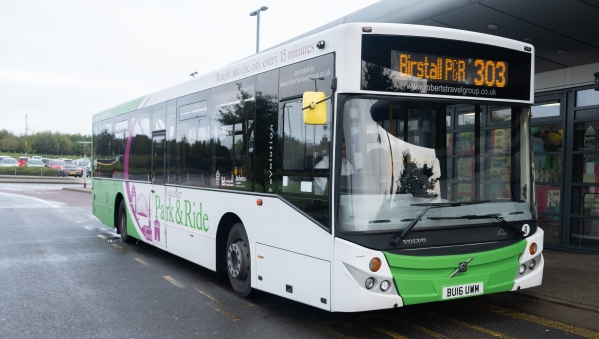 “However, by forming this partnership we will be able to have a greater involvement in modernising and improving vehicles, services and routes, to ensure they offer they are as accessible, affordable and reliable as possible for passengers.

“The formation of this bus partnership enables us to bid for Government funding, but also strengthens the case to generate locally the funding needed to sustain these improvements, which is why we are looking at schemes such as the Workplace Parking Levy.

“Leicester, like all major cities, faces challenges around traffic congestion, air quality and its transport choices for the coming years. Clean, efficient, accessible bus services are a vital part of that solution.”

Significant investment has already been made, including the soon to be completed multimillion pound new St Margaret’s Bus Station, electric buses operating from the city’s three Park and Ride sites, and technology allowing all customers to make ‘Tap On Tap Off’ contactless payments with individual operators. 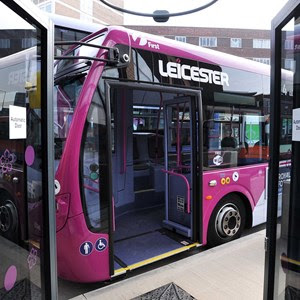 Longer term goals of the Leicester Bus Partnership include:
Further investment in bus priority schemes on the remaining radial bus corridors
Significant investment in express cross-city routes by 2025, to enable people to get to workplaces in more outlying areas
Ensuring half the bus network – around 270 buses – are electric by 2025, and all electric or zero emission by 2030
Making buses more frequent on important routes for employment for example
Trialling fare discounts for younger passengers

Roberts Travel Group operates the city’s three Park and Ride sites, which already use a fleet of 11 electric buses.

MD and owner of Roberts Travel Group, Jonathan Hunt, said: “I’m very pleased to be involved in the partnership, and enjoying the positivity of working to take the city forward with lower emissions and better air quality.”

Arriva’s commercial director, Andrew Godley added: “Arriva’s network of cross-boundary services, connecting Leicester with market towns across Leicestershire and beyond, has evolved and developed over time to meet the ever-changing needs of the many varied communities we serve.

“We’re continuing to investment significantly in our Leicester business, from rolling out real-time tracking and contactless payment across all our services, to upgrading our entire fleet of vehicles with the latest Euro 6 low-emission engines. 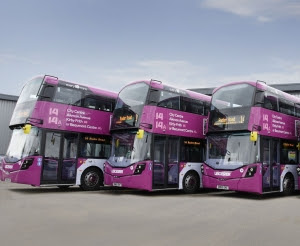 “Through existing partnerships with Leicester City Council we have already introduced Tap on Tap off ticketing, including the first truly multi-operator price cap which went live in March, and have been successful in securing funding from the Department for Transport’s Zero Emission Bus Regional Areas scheme, to top up the investment already committed by Arriva, to the tune of £12m over the next two years.

“The Leicester Buses Enhanced Partnership takes our relationship to the next level; we are stronger together and will continue to work towards our shared vision to help beat congestion, improve air quality, and ensure bus travel continues to be great value and easy to use.”

Rob Hughes, Operations Director at First Leicester, said:” Exciting times are ahead and through working in partnership with Leicester City Council and other bus operators, I am looking forward to seeing the many inspiring projects, campaigns and initiatives come to fruition that are destined to improve bus provision in the city.

“With brand new electric buses heading our way, along with the latest introduction of digital contactless ticketing technology and further plans for bus priority and improved bus stop infrastructure, the city is on track to promote bus travel as a seamless, fully accessible, environmentally friendly mode of travel that can appeal to both local residents and visitors to Leicester.” 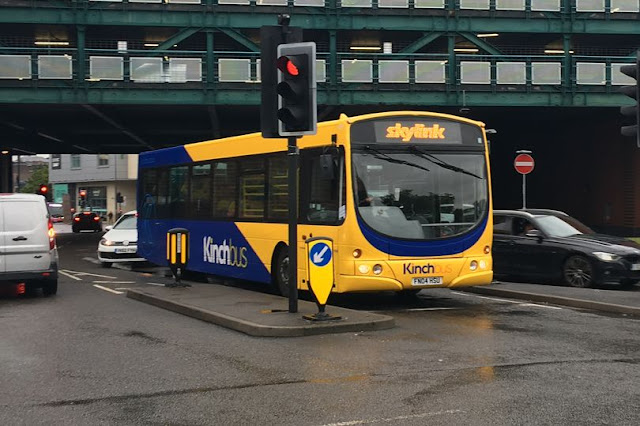 “We are excited to be part of this partnership, which has clear aims and a vision to put buses at the heart of an efficient, clean, accessible and environmentally sustainable transport network in Leicester," he said.

“Kinchbus and other bus operators have worked with Leicester City Council for years and formalising this partnership will allow us to do even more to improve the offering to our customers and encourage non users to choose the bus, and in doing so make a more sustainable transport choice.”