Since the controversial infilling of Cumbria's Great Musgrave bridge, National Highways has drawn up a new method of assessing abandoned railway bridges and tunnels.
There is an opportunity at the end of this posting, to object to the Retrospective Planning Application that Eden District Council have insisted on, following discovery of  new information relating to the Infilling of Great Musgrave Bridge.
New ways of working will see decisions on major works planned for the Historical Railways Estate (HRE) reviewed in collaboration with experts from across the heritage, environmental and active travel sector who have been selected to form a stakeholder advisory forum.
The forum includes the Department for Transport (DfT), Sustrans, Railway Paths Ltd, Railway Heritage Trust, The HRE Group, Heritage Railway Association, Natural England, Historic England (also representing Cadw), Historic Scotland and ADEPT.

The new process, agreed with government, means work will only take place once proposals have been assessed for safety, ecological and heritage value and potential future repurposing of structures has been explored. Future repurposing includes the potential reopening of abandoned railway lines or reusing those routes for active travel.

The structures are part of the Historical Railways Estate managed by National Highways on behalf of the DfT. The estate comprises 3,200 bridges, tunnels and viaducts, including 77 listed structures. Jacobs acts as the "sole provider" (designer) for the Historical Railways Estate and is supported by six contractors including Dyer & Butler and Balfour Beatty. 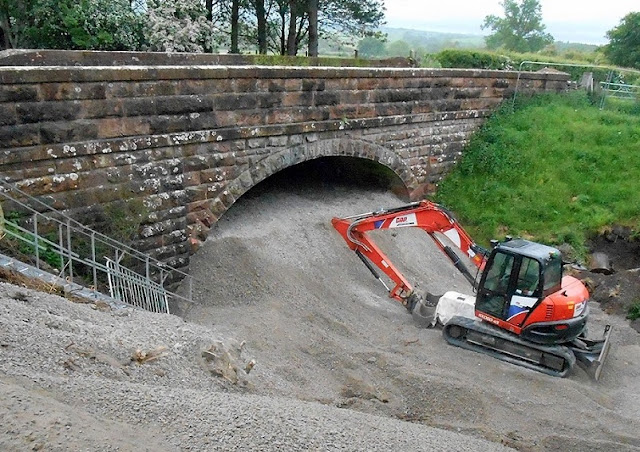 A government-ordered review carried out by Sustrans earlier this year concluded that two-thirds of the 75 structures originally earmarked for demolition or infilling could be useful as part of the National Cycle Network (NCN) or as local cycling and walking routes. Of those 50 schemes, 26 of them already have active travel route plans attached to them, including the Stoke Road Bridge within the South Downs National Park.

Each of the 75 structures will now be reassessed under the new guidelines. National Highways will present its engineering options and recommended approach for each structure to the advisory forum to consult on. The DfT will ultimately have the final say, if demolition or infill is taken forward as the best option.

A pause on the entire programme was put in place last year following a nationwide backlash to the bridge infilling carried out in Great Musgrave.

Following the Great Musgrave project, NCE readers expressed “shame” in their profession and called for better solutions to be adopted. In October, engineers and programme managers at National Highways told NCE that they stand by the “necessary” bridge infilling of the Great Musgrave bridge. They have however drawn up five possible bridge strengthening methods which could be implemented should the infill be removed.

The unveiling of the new assessment method effectively signals the end of the pause, however no work will take place until any given structure is put through the revised assessment process.

National Highways head of Historical Railways Estate programme Hélène Rossiter told NCE that structures will be reassessed under the new assessment framework in order of priority; with those thought to be in the worst condition looked at first. She said she expected a "handful" to be assessed initially, with more to follow later in the year.


“During the pause we worked closely with partners and stakeholders from across the heritage, environmental and active travel sector to understand how we can make our work more transparent and use their expertise to support our decision making. We set up a Stakeholder Advisory Forum (SAF) made up of representatives from across the sector, to support the way we make decisions on projects, particularly those identified for infill or demolition,” Rossiter said. 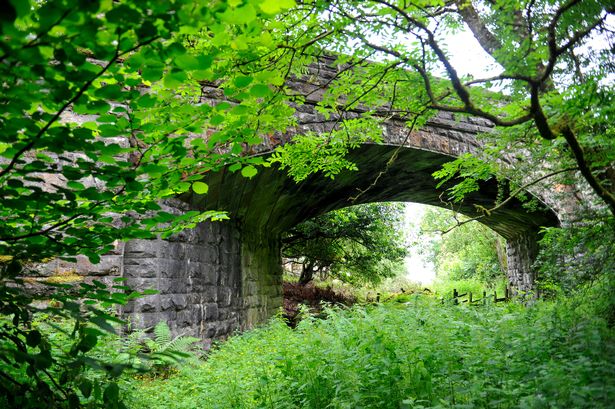 “This new process ensures that work is only undertaken after it has passed a series of reviews focused on safety, ecological value, heritage value and potential future repurposing of structures. If we recommend infill or demolition, the Minister will review the proposal once it’s been discussed by the SAF.”

Responsibility for maintaining the estate was transferred to the Highways Agency – now National Highways – in 2013. While some require general maintenance and refurbishment such as repointing brickwork, others are repaired after vandalism or being struck by vehicles. In the past year, 24 sites have been repaired after being vandalised, and fences erected to deter antisocial behaviour.

Graeme Bickerdike, a member of The HRE Group of civil engineers, sustainable transport advocates and greenway developers, said: "Over the past eight months, whilst National Highways' destructive infilling and demolition programme has been on hold, the value of the under-threat structures has become increasingly obvious. They offer opportunities for new active travel routes, could yet play roles in main-line and heritage railways, and are already ecologically important as part of wildlife corridors. 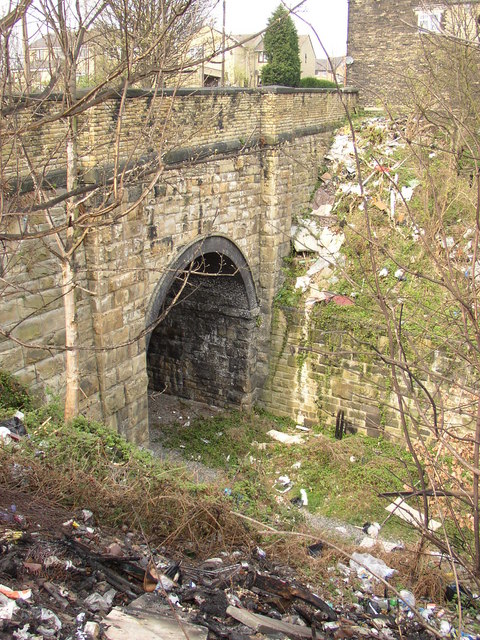 "National Highways has taken a number of welcome steps in a better direction since the unwarranted vandalism it inflicted on Cumbria's Great Musgrave bridge. The establishment of its new major works review process and the stakeholder advisory forum are both signs of positive intent.

"But this is all about outcomes. If useful infrastructure assets are still lost to future generations despite these efforts, they will all have been in vain. In the overwhelming majority of cases, there is no justification for drowning bridges in 2,000t of aggregate and concrete: it's a poor engineering solution with significant heritage and environmental impacts. National Highways needs to recognise that reality."
Map of 134 disused railway structures under threat of demolition or infilling here
Previous Focus Transport posting here
Opportunity Below to Object to the Bridge Infilling Retrospective Planning Application
After the infilling of the Great Musgrave Bridge, which was claimed to be carried out as an emergency, Eden District Council have demanded that Planning permission is applied for, as the facts do not support this.
Experienced civil engineers have said that they are ashamed that this work has been carried out.
The HRE Group - an alliance of engineers, sustainable transport advocates and greenway developers, plus the two local railway groups (The Eden Valley railway and Stainmore Railway) claim that there were no real concerns about the bridge’s condition.
They add that while infilling the bridge cost £124,000, a £5,000 repair operation would have made it safe for all vehicles to pass over.
Bridge restoration experts agree. Goldhawk Bridge Restoration Ltd managing director David Kitching has told New Civil Engineer Magazine that “infilling historic bridges is so unnecessary”.
Objections can be made to the Planning Application by clicking here and then scrolling down and clicking on COMMENT
The reference number is 22/0254