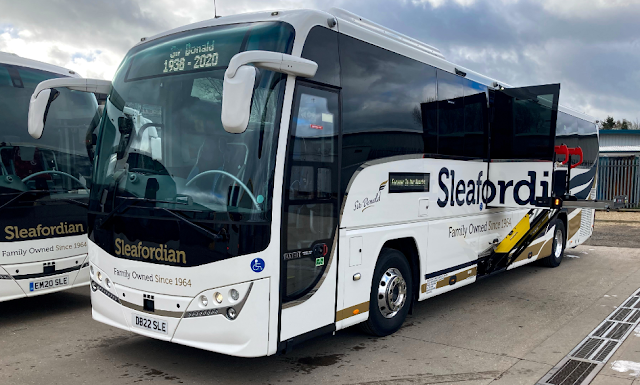 The new coach – and its registration plate – are part of the company’s tribute to late co-founder Don Broughton who passed away in 2020, aged 81.

The vehicle, built on a Volvo B8R chassis, is PSVAR-compliant and has four wheelchair spaces. It is also fitted with CCTV, two TV monitors and a chrome finish on the exterior.

Lincolnshire-based Sleafordian Coaches was founded in 1964, and is now run by Mark and Lisa Broughton, son and daughter-in-law of co-founder Don Broughton. Mark and Lisa’s daughter Hannah, their son Tom and son-in-law Danny are very much involved in the day to running of the business.
The company named their last two brand new vehicles, also Plaxton Panther coaches, after Mark and Lisa’s grandchildren Finlay and Emilia. 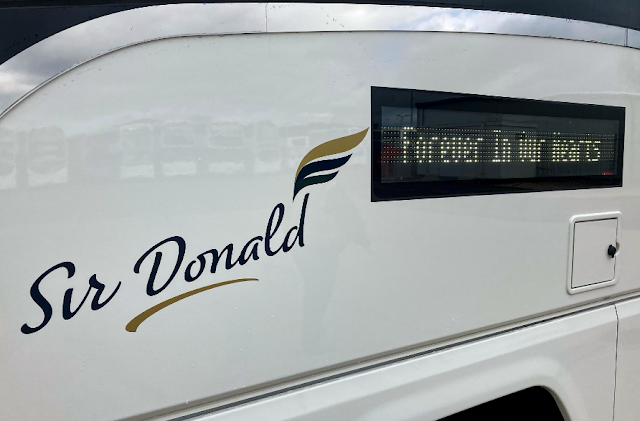 Mark Broughton says: “My father was an inspirational figure to all of his family and has inspired each one of us to drive the company forward. It is a very proud moment that the new coach will not only have the registration DB22 SLE but will also be named ‘Sir Donald’ as a fitting tribute to him.

“It is also a statement of intent that Sleafordian continue to invest in its fleet, the environment and accessibility to all. This being our third fully accessibly coach capable of carrying up to four wheelchairs, it complements our fully accessible double decker fleet and reinforces our position as a leader in the passenger transport marketplace both in Lincolnshire and the UK.”

ADL Sales Account Manager Lee Salt adds: “It’s a pleasure to supply this coach to Mark, Lisa and the team at Sleafordian Coaches, particularly as it has such poignant meaning to the family in memory of Don Broughton.
We look forward to supporting the company long into the future.”