A staggering one million miles have been clocked up by Wrightbus zero-emission hydrogen double deckers  after they first entered passenger service last year in Aberdeen.

The impressive milestone - the equivalent of driving around the world 40 times - means the fleet of world-first hydrogen-powered buses has prevented 1,700 tonnes of harmful carbon dioxide (CO2) emissions entering the atmosphere compared to journeys made by an equivalent diesel bus. 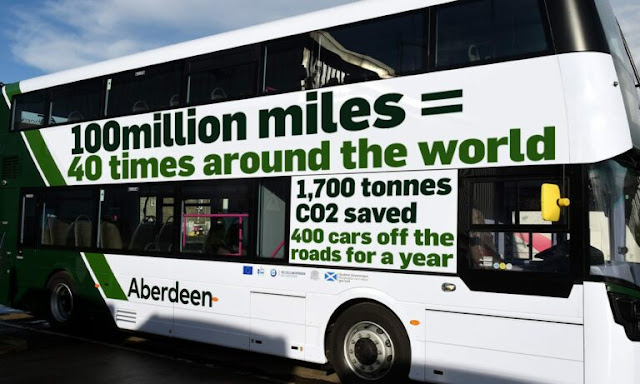 The reduction in emissions has the same impact as taking almost 400 cars off the roads for a whole year.

“Hitting one million miles is an incredible landmark for our buses,” said Wrightbus Executive Chairman Jo Bamford. “To be talking about such figures and the impact on emissions they have made is incredibly powerful and seeing these numbers spelled out really puts our efforts into context.

“At Wrightbus we have been relentless in our commitment to zero emissions transport thanks to our constant innovations - but although these figures are impressive, we cannot let up. 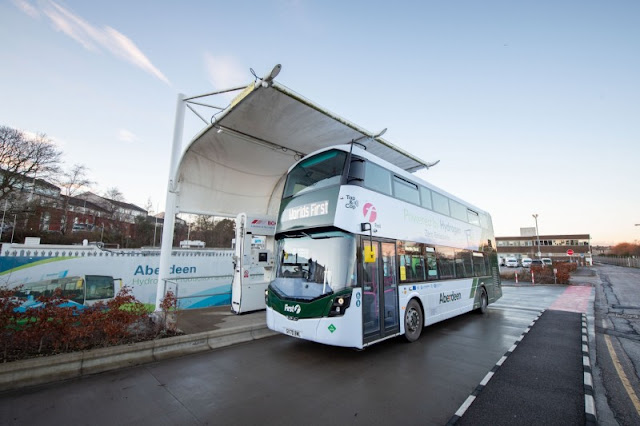 “We will continue to press the case for more support for zero emissions transport, both in the UK and around the globe, to ensure vital net zero targets are not missed.”

When Mr Bamford took over Wrightbus in October 2019, just 56 staff remained in the business. Largely thanks to its new zero emission products, which include battery-electric and hydrogen double and single deck buses, it now employs more than 900 people.

Demand for its zero emission buses has been so great that output from its Ballymena factory this year will be double that achieved last year. And an impressive 70 per cent of all vehicles leaving the factory will be zero emission models in 2022 - up from just 30 per cent in 2021.

The Wrightbus Streetdeck Hydroliner was launched in Aberdeen in 2020, with the fleet entering passenger service in January 2021. The Hydroliner bus emits only water vapour from its tailpipe, with no harmful emissions.

In addition to the Aberdeen fleet, the company’s zero emission hydrogen buses are currently in operation in London, Birmingham, Dublin and Belfast, with several other local authorities looking to introduce them to their town and city streets to improve local air quality. 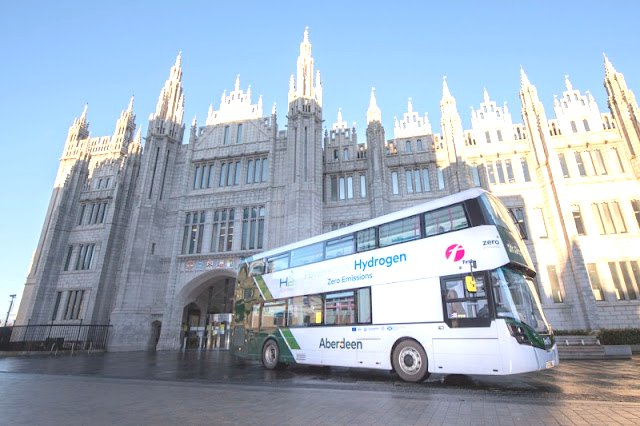 King Street depot had to undergo significant alterations to accommodate the city’s hydrogen buses. Electrical points at each of the hydrogen parking bays were installed. When the hydrogen buses aren’t out in service, they need to be plugged in at their docking point so that their temperature can be monitored.
The bi-product of hydrogen fuel is water, so it’s essential that the buses are kept above 5°C to ensure that the pipes their pipes do not freeze and rupture. To make this happen, a fully trained team of engineers needed to dig up a large section of the depot floor and lay electric cabling underground so that each parking bay could be fitted with its own power supply.