Newly restored Class 25, D7659, will be visiting from its Peak Rail base to headline at our annual Mixed Traffic Gala on 10th, 11th and 12th June, working as part of an 11-engine line-up scheduled to include a variety of steam and diesel locomotives, multiple units and shunters. 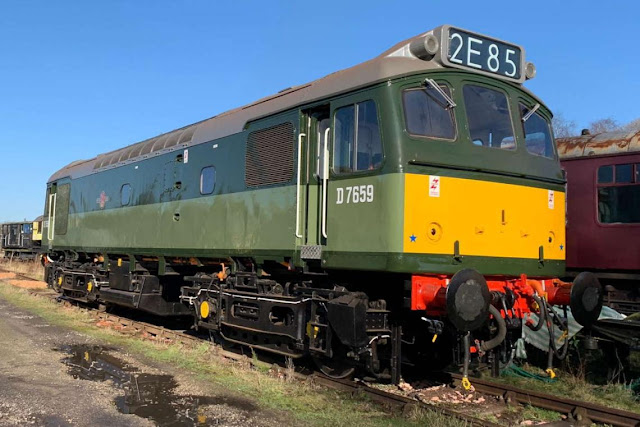 Owned by the Waterman Railway Heritage Trust, D7659 returned to service late last year after an absence of over 23 years and will be making her first appearance as a gala visitor following a restoration that amounted to a complete rebuild of the 1966-built locomotive.

The Class 25 was the final locomotive built by Beyer Peacock at the historic Gorton Works in Manchester and during a 20-year working life with British Railways worked mainly in the Midlands and North West, but also saw service in Wales and Scotland and worked some summer holiday specials to Norwich in the 1970s.

Joining D7659 will be a second visitor courtesy of Direct Rail Services – the locomotive will be drawn from the DRS stabling point at Stowmarket and details will be confirmed nearer the event.

The line’s home fleet will also be out in force with popular Class 37, D6732, which recently celebrated her 60th Birthday; Class 31, D5631; and London Underground liveried Class 20, 20227 “Sherlock Holmes”, also starring at the event which features an intensive service of passenger and parcels trains, selected double-heading, non-stop expresses and other unusual workings. The line’s two Class 101 DMUs are also scheduled to appear too, alongside two of the railway’s resident steam locomotives. 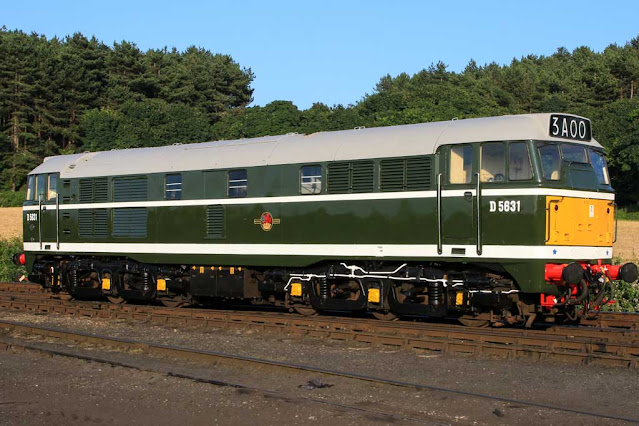 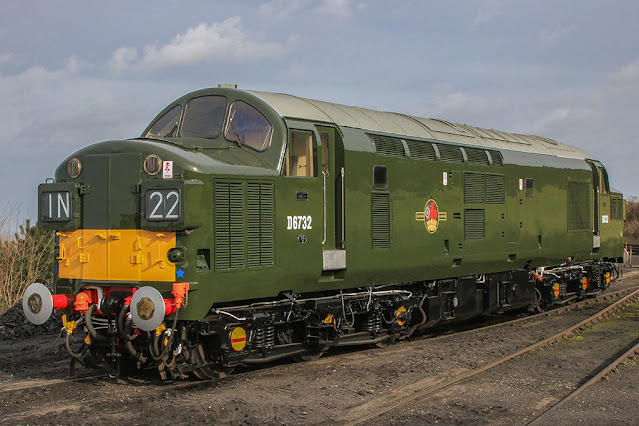 Completing the line-up are the line’s two Class 08 shunters. It is hoped that D3940, which returned to service in December following a lengthy overhaul, will be able to make her first passenger runs post overhaul.
If plans come to fruition, the “Gronk” which was built at Derby in 1961 and is usually employed on shunting duties at Weybourne Shed, will join Horwich-built classmate, D3935, in action at the Gala. D3935 is currently the regular station pilot at Sheringham and is seldom seen on passenger duties.
The recently-repainted 4-car suburban set will be amongst the rolling stock in use while the line’s magnificently restored vintage train of four-and six- wheeled carriages, some dating from Victorian times, will also make an appearance. 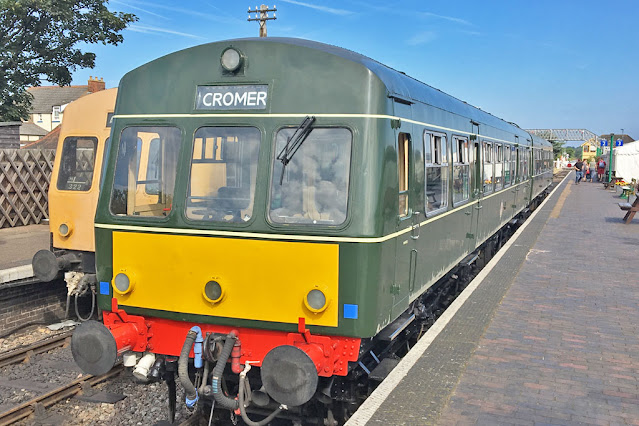 Additionally, a demonstration parcels train is planned to be in operation, showing the sorts of trains most branch lines would have seen during the British Railways era.

The art-deco Gresley Buffet Car, currently sporting 1960s “blood & custard” livery is also planned to be in service serving a selection of drinks, snacks and real ale. It is also planned to have a real ale bar at Sheringham with a variety of Norfolk ales available. Also making a welcome return will be Restaurant Buffet Car 1969, serving all sorts of tasty treats including the famous all-day breakfast!