China has unveiled its first suspended maglev line built with permanent magnets, which engineers claim can keep a 'sky train' afloat even without a power supply. 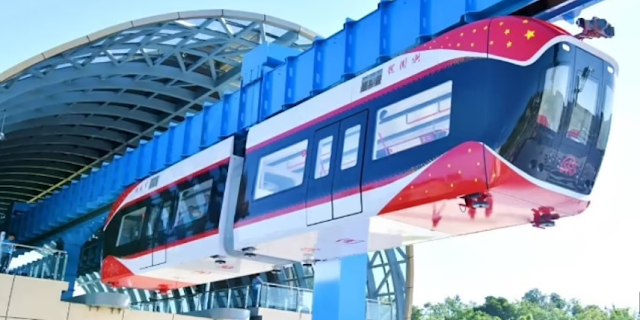 The 2,600ft experimental track, known as the Red Rail, is located in Xingguo county, Jiangxi province, in southern China.

It uses powerful magnets to produce a constantly repelling force strong enough to lift a train with 88 passengers into the air, according to a report in the South China Morning Post. 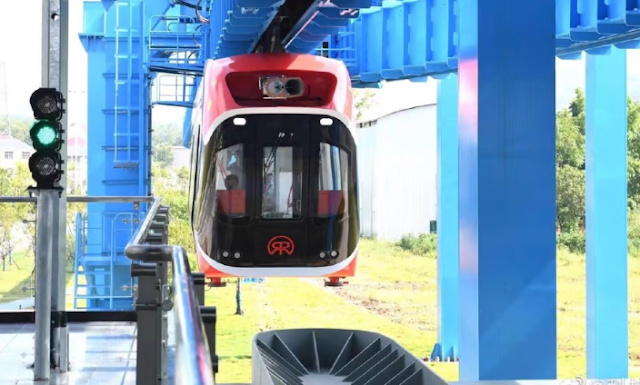 Unlike most existing maglev lines, the suspended rail operates about 33 feet above the ground. There is no physical contact with the rail as the train moves beneath it silently at speeds of up to 50mph.