Further to our previous posting here the Great Central Railway Reunification project has taken a major step forward now that the original bridge over the A60 road has been demolished to make way for its replacement. 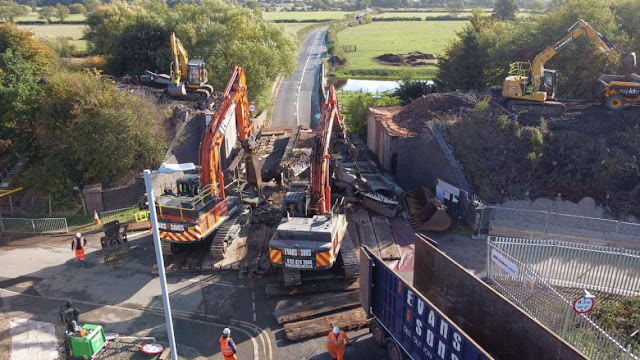 From the 1st November Volker Laser, on behalf of the GCR  have been undertaking the work to replace the rail overbridge.

The existing 120 year old structure is life expired and has been struck many times by over height lorries. Replacing it with a twin track structure, will allow freight trains from the national rail network to use the line again as well as paving the way for heritage trains to run between Leicestershire and Nottinghamshire as part of the Reunification project.
The current 125 year old bridge was deemed beyond economical repair so the decision was made to remove it and replace it.

The new structure is expected to be in place by the end of October / early November.

The road height clearance on the new bridge will be slightly higher to reduce the risk of bridge strikes, although the railway gradients will not be affected.
Click here  to see a video of the bridge during demolition. 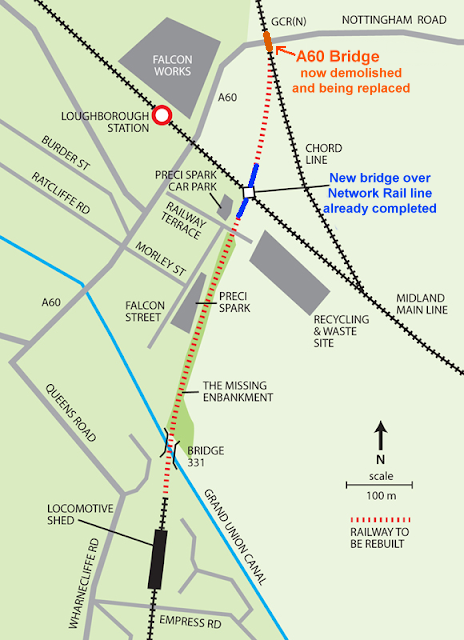 The GCR was allocated a £10N award by the Heritage Lottery Fund for the building a World Class Museum at Leicester North with partners, Leicester City Council and the National Railway Museum.