Death of Adrian Shooter - Founder of Chiltern Railways and Vivarail

Adrian Shooter, an engineer who led the first Chiltern Railways franchise and founded Vivarail, has died.

Mr Shooter, who was 74 and unveiled a statue of himself at London Marylebone station earlier this year, had joined British Rail in 1970 as a management trainee. 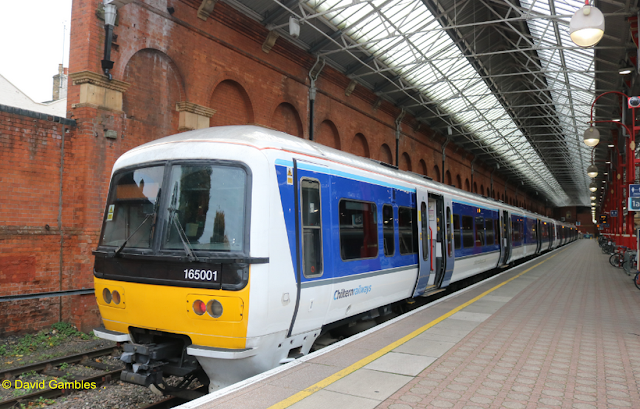 As privatisation approached he led the management of the Chiltern Railways Train Operating Unit for BR and won the first franchise, which began in July 1996, later becoming chairman of DB Regio UK after the second Chiltern franchise was acquired by Deutsche Bahn in 2008. This franchise had begun in 2002 and ran until December 2021.

Exceptionally, the contract included major infrastructure upgrades, such as redoubling parts of the Chiltern Main Line, a new depot at Wembley and building the chord at Bicester which allowed trains to run for the first time between London Marylebone and Oxford.

In 2013 he set up Vivarail Ltd, which bought redundant District Line cars from Transport for London and refurbished them to become ‘D-Trains’ with new forms of traction, including battery power.

The units have entered service with several operators, including South Western Railway’s Island Line, but regrettably Vivarail has now called in administrators after it failed to identify new investors. Even so, Adrian had ably demonstrated the possibilities of reusing older vehicles to provide economical rolling stock upgrades.

He was also the chairman of SLC Rail, whose managing director Ian Walters said: ‘I am deeply saddened by the passing of this great man. I met Adrian on my first day working in the rail industry in November 1991, and I feel lucky and honoured to have had his mentorship and friendship since then.

‘We have benefited from Adrian’s leadership, wisdom and experience, and focus on what worked for passengers. As we’ve grown as a business, it has been a privilege to have him as part of the SLC team for so many years.

‘It is no exaggeration that his involvement and advocacy has been fundamental to our success.’

Adrian himself paid generous tributes to colleagues, saying: ‘All I ever did was create the vision, hire the very best people and then help them to do their best. They, not me, were the people who delighted our passengers. They had to work in all weathers and run a safe railway wherever the problems. Some of them relieved me of the tedium of negotiating and implementing the many over-complicated legal agreements we have been saddled with.

‘It has been a very real pleasure to see so many people grow in confidence and help create a bigger and much better railway supported by private sector investment.’

The present managing director of Chiltern Railways Richard Allan said: ‘We are deeply sorry to hear about the death of Adrian. We and our customers owe him an enormous debt of gratitude for the vision, drive and passion that he and his team brought to bear in creating and developing Chiltern from 1996 onwards.

‘Adrian was a leader, a colleague and a friend to many current and former colleagues at Chiltern and in the wider railway industry. It was only a few months ago that a group of industry colleagues were delighted to welcome Adrian to Marylebone to commemorate his immense contribution to Chiltern and the rail industry over his 50 year career. Adrian and his family unveiled a statue of him on Platform 1, and he was so very proud to be asked to unveil a train named in his honour.’

Adrian Shooter was a fellow of the Royal Academy of Engineering, the Institution of Mechanical Engineers and of the Chartered Institute of Transport and was awarded CBE in 2010.

He had been suffering from motor neurone disease, and died in Switzerland.